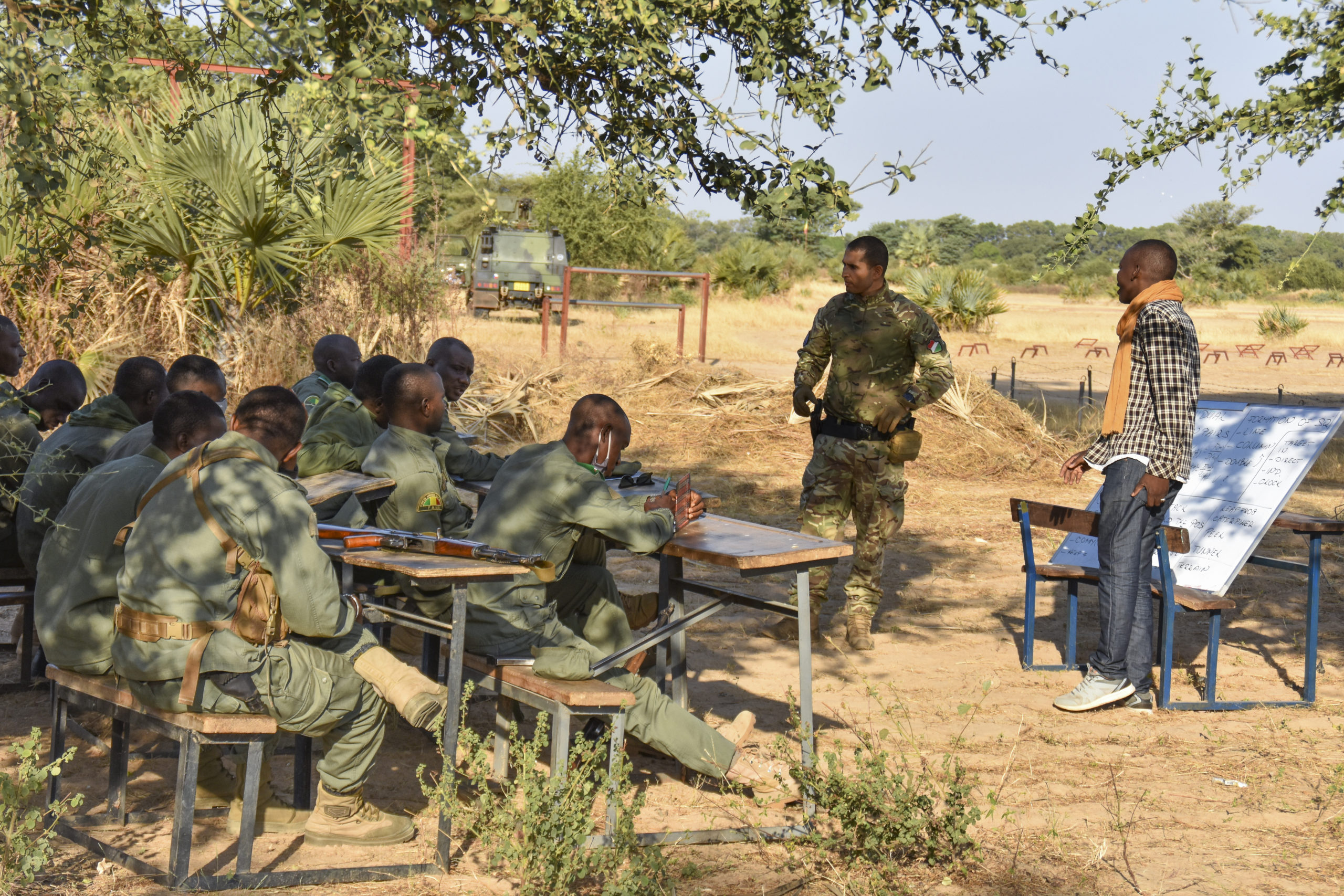 This time, as a consequence of the decentralized activities that EUTM Mali is conducting in several areas of Mali, the courses took place at the Gendarmerie School in Bamako and the Non-Commissioned Officers’ (NCO) School in Banankoro.

The course at the Gendarmerie School, the third in a row, began on 7th December, with the closing ceremony on 18th December. In close cooperation with EUCAP Sahel Mali, EUTM Mali has trained more than 120 students with the aim of improving their technical and tactical skills. Several disciplines were covered, such as setting up and operating checkpoints, military search, reaction to an ambush, base defence procedures or how to perform convoy operations.

The course at the NCO School in Banankoro was the first time that EUTM Mali had provided training for instructors at this location. Due to the positive feedback the training will continue to be delivered next year. Non-Commissioned Officers are the backbone of the military in general and there is a need to focus on these ranks in a future.

With various subjects covered from teaching methods to combat shooting training, tactical combat casualty care, topography or counter improvised explosive device, the dedication and commitment of the trainees throughout the training was evident.

The closing ceremony at Banankoro was attended by Colonel Joseph Coulibaly as representative of the General Staff of the Malian Armed Forces, Colonel Seydou Sogoba as the Director of NCO School and Colonel Major Ouswaw Wele as the Director of the training schools, in a simple but meaningful ceremony.