In January 2012, rebels joined the National Movement for the Liberation of Azawad (MNLA) and rose up in arms against the central power in Bamako, demanding the secession of the Azawad region, traditionally recognized only as a cultural entity by the Malian government. Within months, the entire Northern part of the country (Kidal, Timbuktu and Gao) had succumbed to the offensive of rebels and crominals.

In March 2012, Captain Sanogo carried out a bloodless coup d’état and he assumed the presidency of the country replacing Amadou Toumani Touré. Shortly thereafter, on 6 April 2012, the MNLA – under the authority of Bilal Ag Acherif – unilaterally declared the independence of the Azawad.

In June 2012, criminals, cruelly imposing Sharia law throughout Northern Mali; there were then massive population displacements from the North to Southern Mali and other bordering countries. Afterwards, the rebels took the initiative again and, from their Northern strongholds, launched a coordinated offensive with Bamako as their target.

In response to the request for support from the new transitional government of Dioncounda Traoré, France deployed in Operation Serval. With the support of Malian and Chadian forces, it stopped the advance of radical groups.

In a few weeks, the international reaction overwhelmed the criminals who, offering little or no resistance, abandoned their northern redoubts, camouflaged themselves among the population, and either took refuge in their former sanctuaries in the Sahara or fleed outside Malian borders. 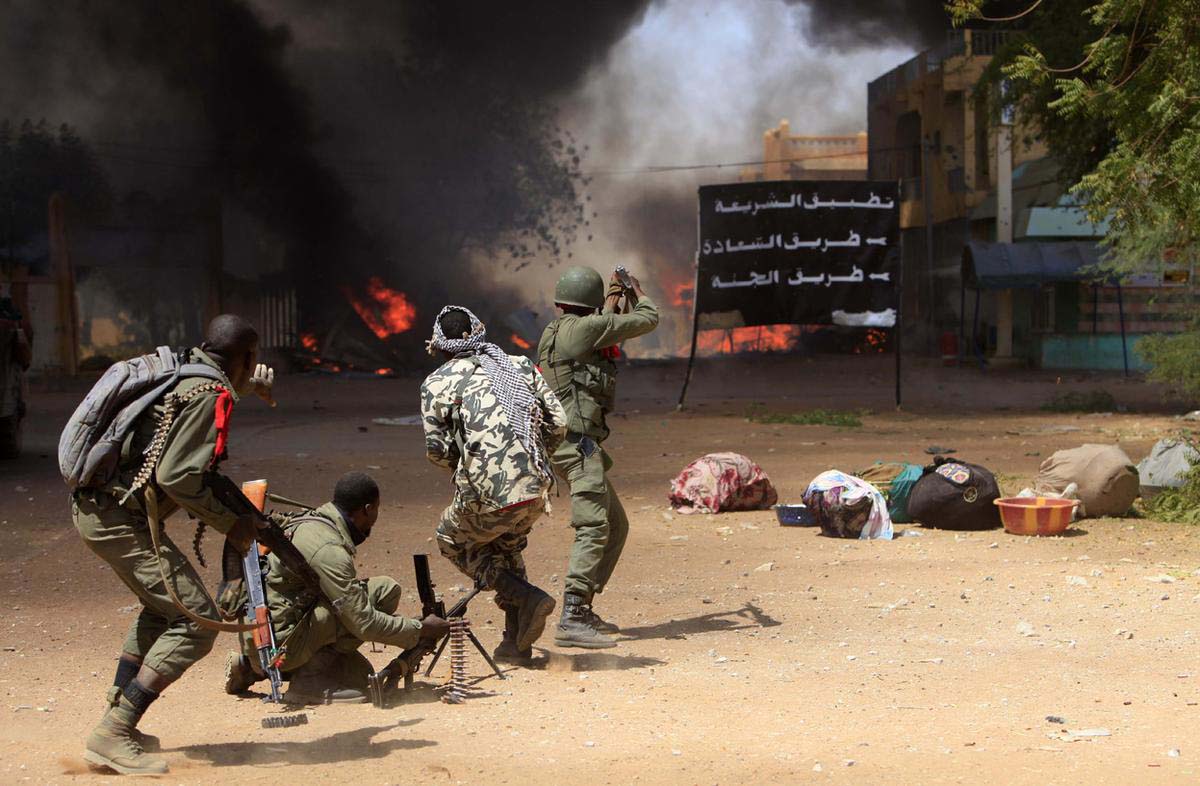 UN Security Council Resolution 2071 directly called on Regional and International organizations, including the EU, to provide coordinated assistance, expertise, training and support for the development of the Malian Armed and Security Forces in order to restore state authority. This purpose was reiterated in the European Parliament Resolution of 22 November 2012.

On 24 December 2012, the President of the Republic of Mali sent a letter to the High Representative of the Union for Foreign Affairs and Security Policy requesting the deployment of a European Union military training mission in Mali.

All these events led to the adoption of Council Decision 2013/34/CFSP on 13 January 2013, which designed the structure and objectives of the European Union Training Mission (EUTM) Mali.

Thus, the first European soldiers arrived in Bamako on 8 February 2013. On 18 February, Council Decision 2013/87/CFSP was adopted, launching officially the EUTM Mali, which was immediately activated in Brussels. Finally, on 20 February 2013, the mission began in Bamako.