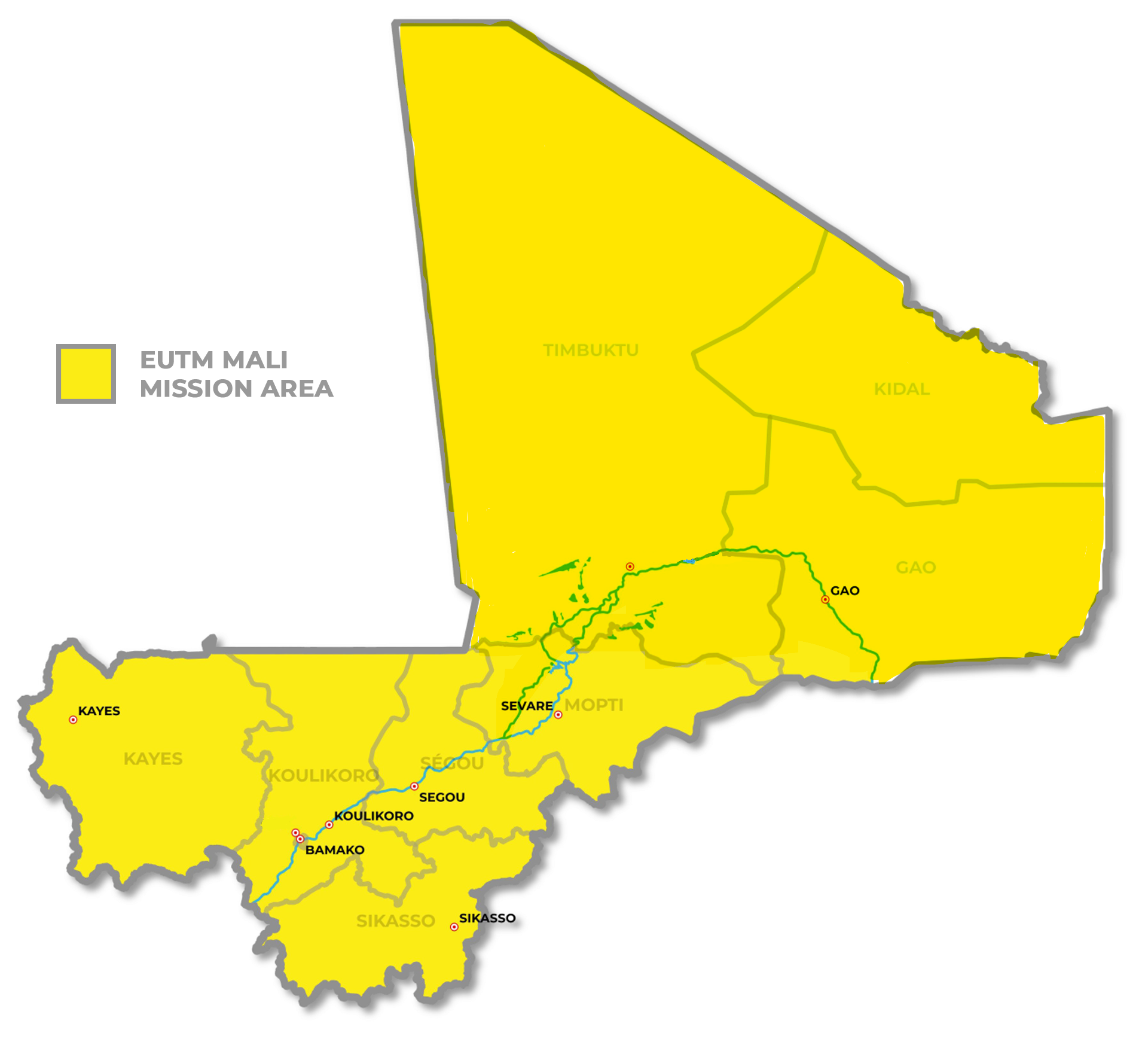 Mali and the Malian Armed Forces remain at the heart of the EUTM Mission. The Mission’s area of operations has been expanded and now comprises the whole of Mali. Additionally, the Council also authorised the extension of EUTM Mali’s area of operations to provide military assistance to the G5 Sahel countries. In practical terms, to support the G5 Sahel countries, EUTM Mali will follow a gradual approach and engage in support outside of Mali as conditions and resources allow, with priority given to Burkina Faso and Niger. Support for the operationalisation of the G5 Sahel Joint Force is not a new aspect of EUTM Mali’s mandate however, the broadening of its scope is new and will enable EUTM Mali to provide more effective support tailored to the G5 Sahel Joint Force’s needs. 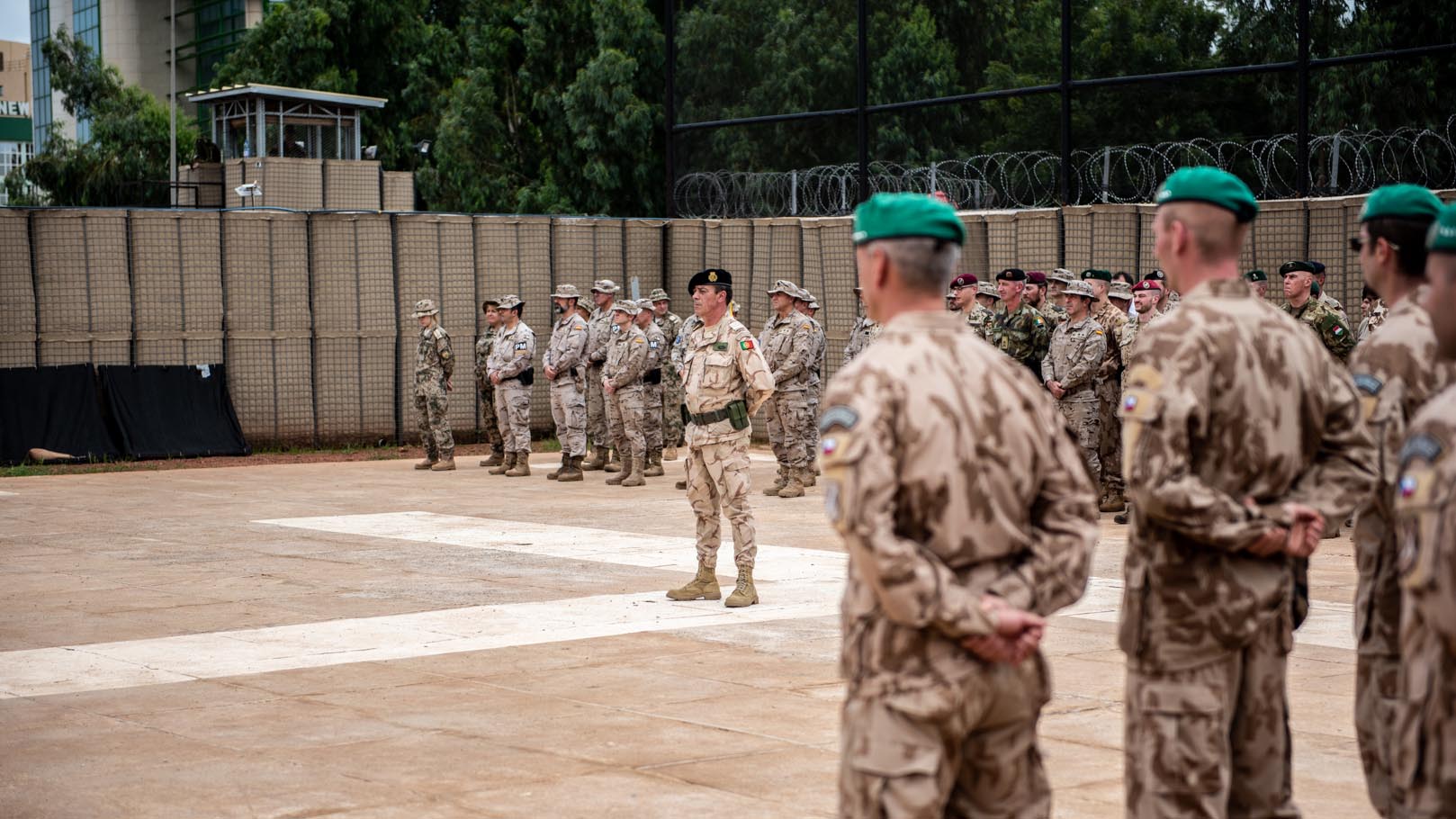 The capital of Mali hosts the Mission Headquarters (MFHQ) and the Advisory Task Force (ATF), a total deployment of about 150 people. 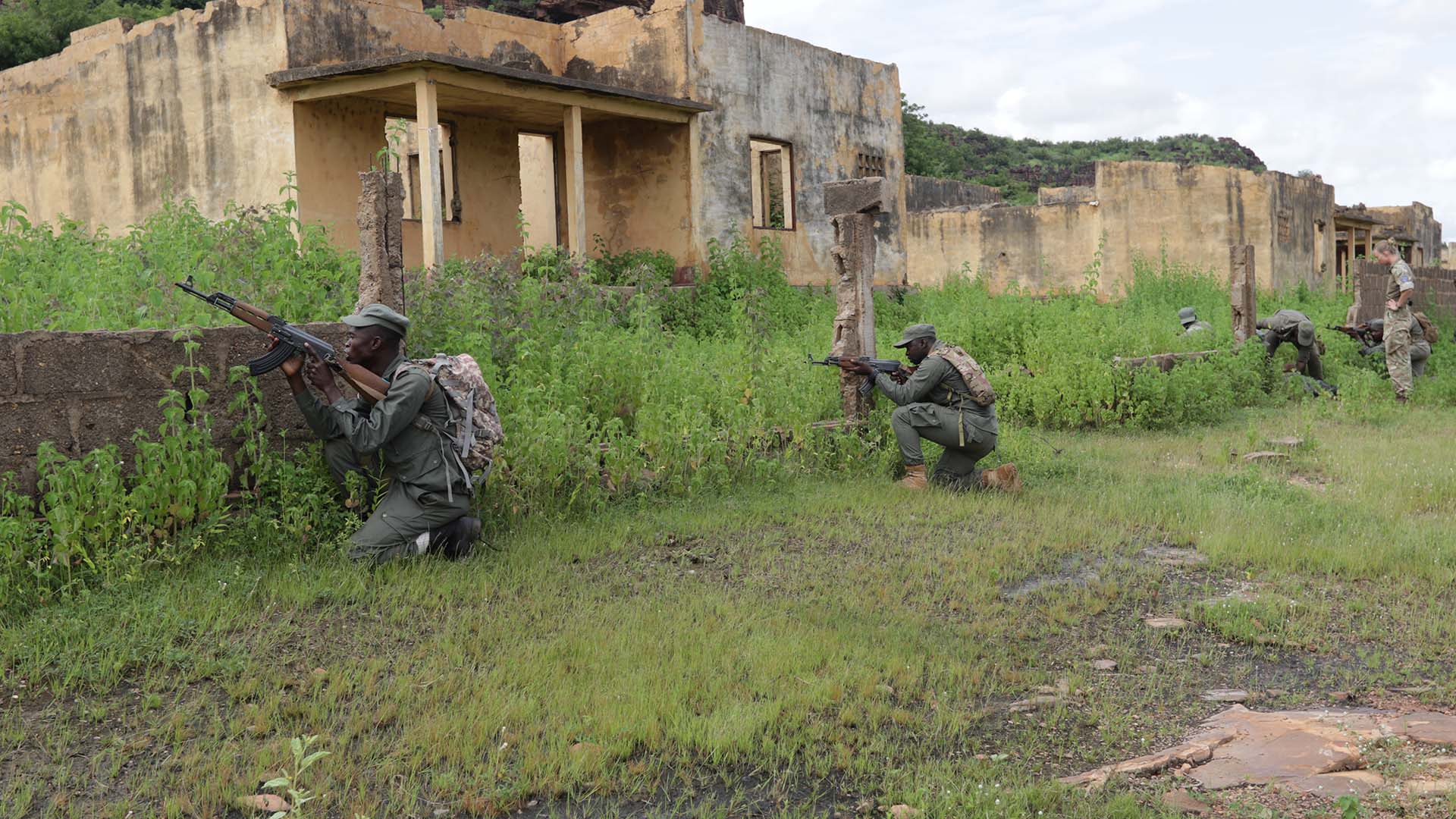 Koulikoro Training Camp (KTC), 60 km north-east of Bamako, is the centre of gravity of EUTM Mali’s deployment. This Malian army base concentrates more than 400 soldiers of the contingent, belonging to ETTF and the Force Protection units and national logistical support. It also houses the ROLE 2, the main medical treatment facility for the entire mission. In addition, KTC also contains an important part of the education and training activities carried out by EUTM Mali. 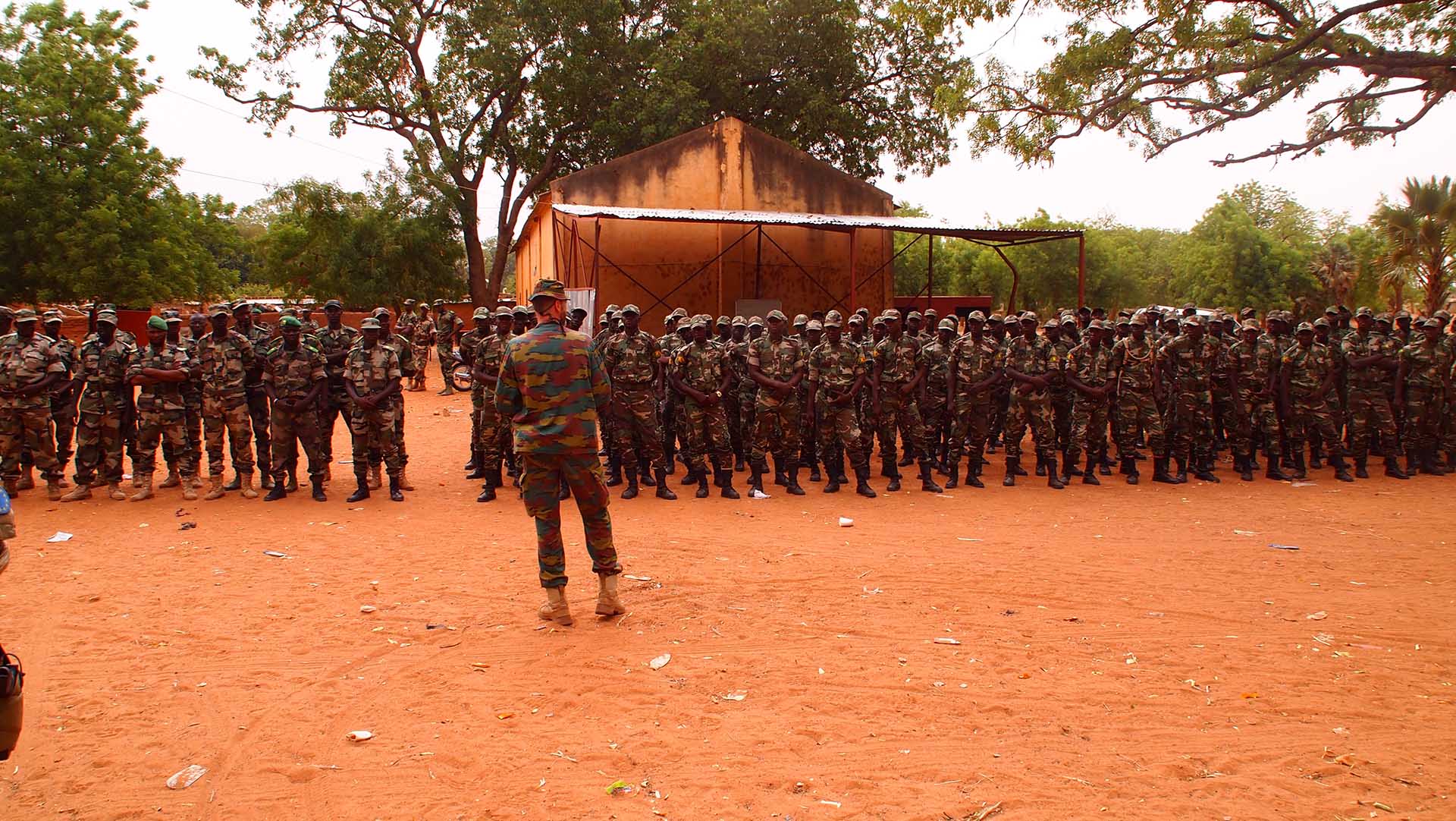 EUTM Mali’s activities take place throughout southern and central Mali up to the Niger River loop in the Military Regions of Gao and Timbuktu. Cities such as Sévaré, Kayes or Sikasso have hosted intensive activities, such as the CMATT, lasting several weeks, or more continuous activity, such as the support for military schools in Kati or Banankoro.