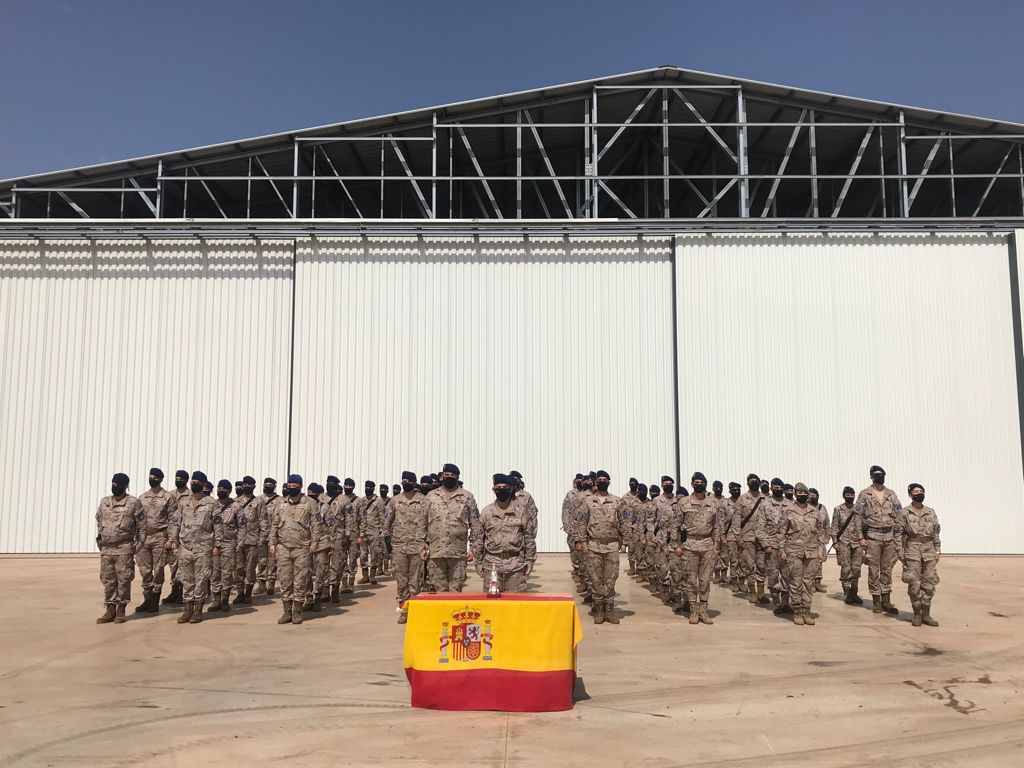 Last Monday, June 21, the personnel of the Rotary Wing Force of the Spanish Army  took off from Spain. They arrived at Bamako airport to join EUTM Mali as members of the Intra-Theater Air Transport unit (ITAT).

In the context of the EUTM Mali Mandate 5, approved by the European Union in April 2020, a decentralization of the training activities to the Malian Armed Forces, as well as the extension of the mission area to the other four countries of the G5 Sahel, was mentioned. To enable this project, it was deemed necessary to have an air transport unit at the disposal of EUTM Mali, in order to provide freedom of movement. Spain, fully committed to the stability of the Sahel, offered this Rotary Wing unit to the mission.

The ITAT structure, under the command of Major Miguel Angel Rodriguez Matias, comprises 62 military personnel in the following subunits: The flight unit, the maintenance unit, the supply unit, the transmission unit and the commanding staff.

The unit disposes of three NH90 helicopters of the latest generation, which will increase the transport capacity; thus fulfilling the needs derived from Mandate 5.

Last Saturday, June 26, the reception of the first helicopter took place. This step represents one of the milestones set in Mandate 5.

General GRACIA wanted to witness such a significant event on the spot. At the airport, GRACIA has seen the first NH90 arriving at Bamako airport. The rotary wing was partly disassembled and flown in by an Antonov aircraft.

Spain’s firm commitment to the mission has been demonstrated by the provision of a Commanding General to the Mission in the first semester of 2021. His leadership, devotion and commitment has undoubtedly boosted the effective deployment of the ITAT in Mali.