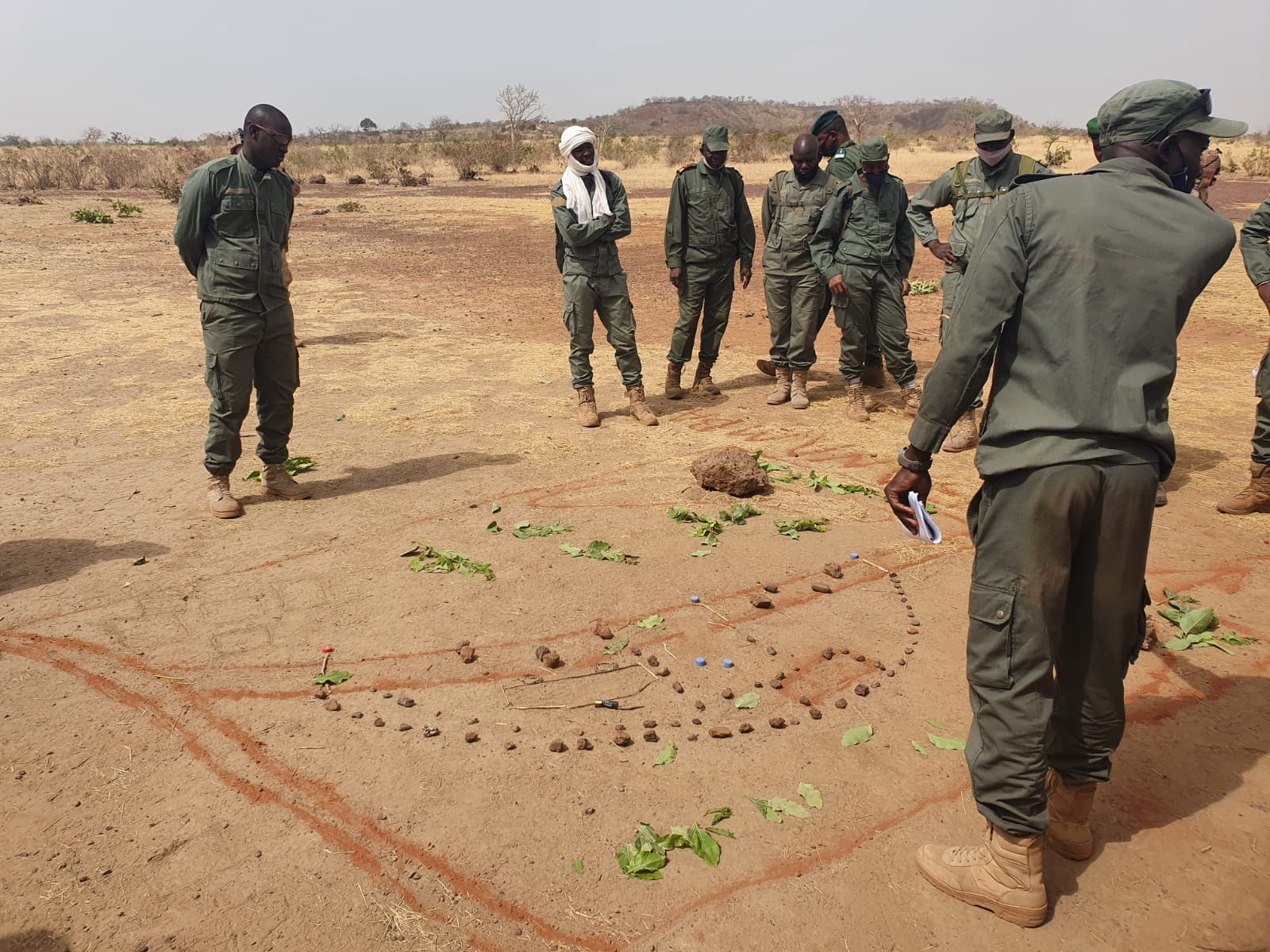 Being a company commander is considered the best time in one’s career to lead, guide and mentor soldiers under a command.

To better help prepare the Malian officers for this demanding task, EUTM-Mali envisioned a Company Commanders Course with the purpose of providing the knowledge and skills to successfully train, educate and prepare Malian Armed Forces (FAMa) Companies for operational deployment.

The Company Commanders Course began on December 14, 2020, at the Boubacar Sada Sy Military Camp in Koulikoro (KTC) and was attended by 30 Captains and Lieutenants of the FAMa.

The activities ranged from the improvement of tactical, technical and leadership skills, to the study of International Humanitarian Law, among others. Several field exercises also took place, comprising terrain reconnaissance and sandbox presentations to enable the trainees to draft company level Operation Orders in different tactical situations.

After several months of theoretical and practical instruction the closing ceremony of the Company Commanders Course took place in KTC on April 16 and was attended among other military authorities by Colonel Dengra, Chief of the EUTM Education Training Task Force and Colonel Major Adama Diarra, Deputy Director of Military Engineers of the FAMa.