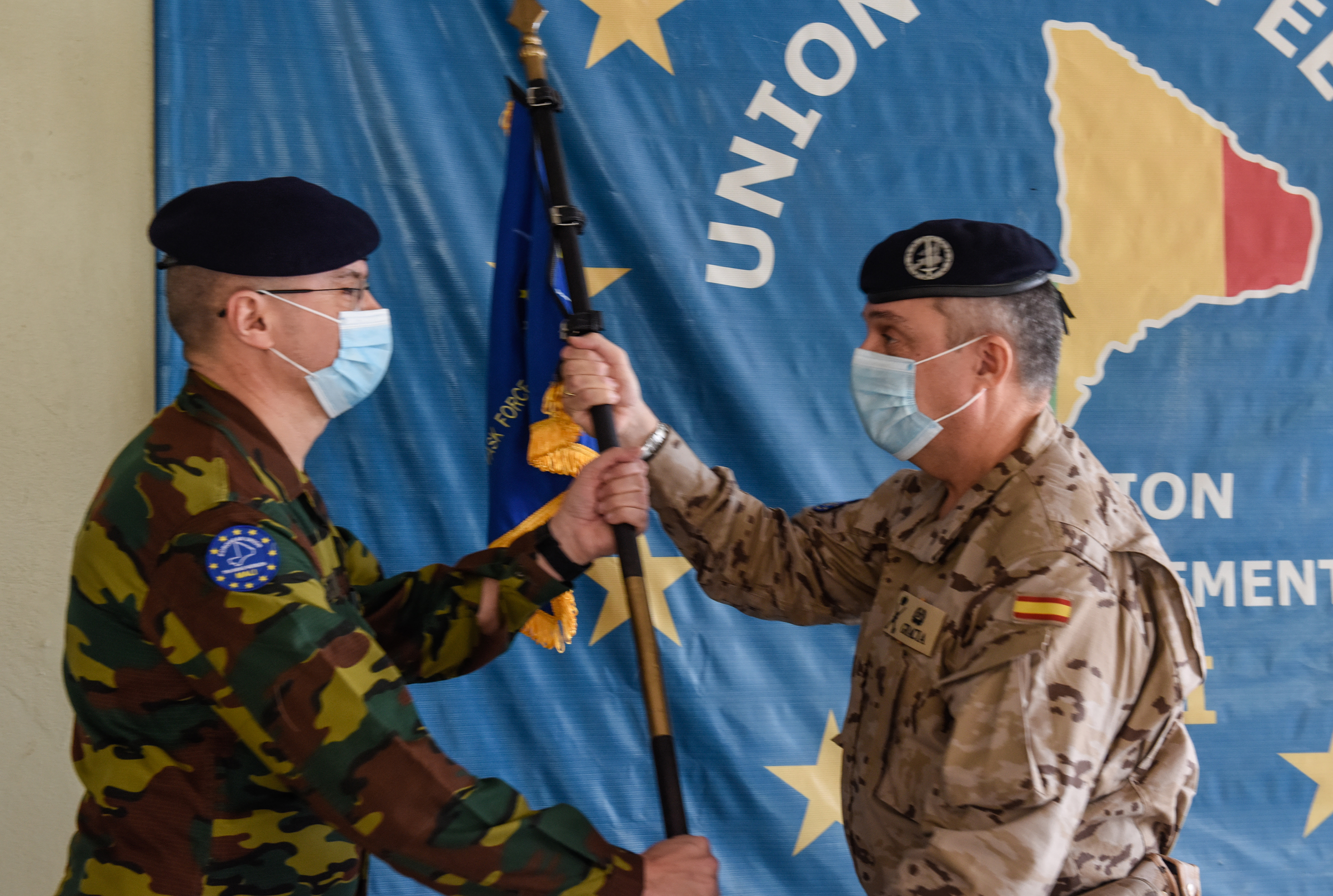 Colonel Vincent HENKINET is the new commander of the Advisory Task Force embedded in the European Training Mission Mali.

Colonel HENKINET commented after accepting command of the Advisory Task Force: “It is for sure my intent to continue investing in the very good relationships with FAMa and in the efforts achieved by my predecessor.”

In Strasbourg – France, Colonel HENKINET is employed by EUROCORPS as Adjunct Chief of Staff of the Engineers’ Branch. By now, he has been a member of EUROCORPS for two and a half years.

Colonel PAWLOWSKI, the departing commander is being assigned to the 68th Artillery Regiment (Africa).