STRENGTHENING THE MaAF IN SEVARÉ

02 Mar STRENGTHENING THE MaAF IN SEVARÉ

Posted at 18:27h in News by EUTM Mali Press
Share 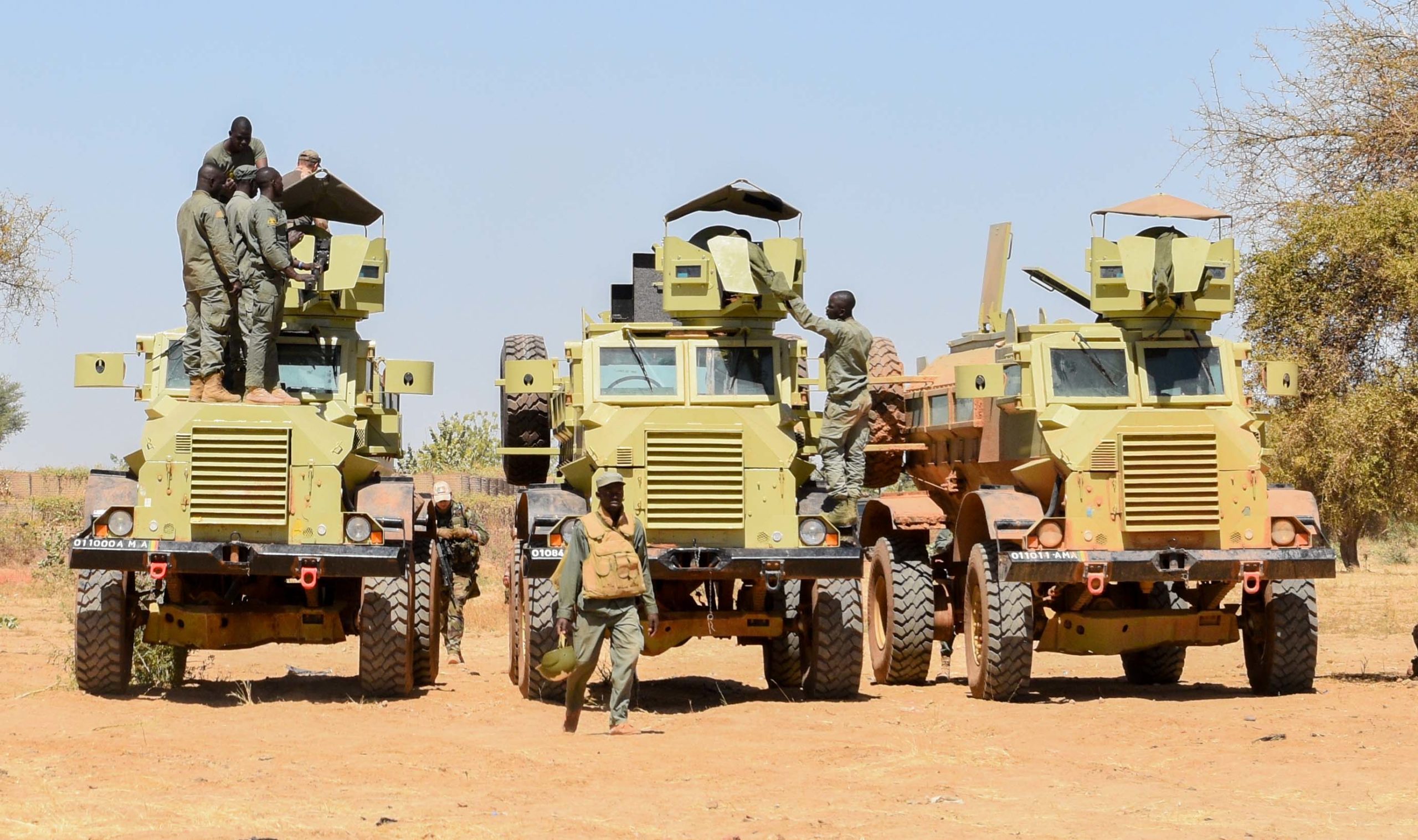 This was the first occasion whereby previously instructed Malian trainers integrated a European Union Training Mission (EUTM) Mali training course as Instructors (concept “train the trainers”). These Malian instructors have been incorporated into a CMATT (Combined Mobile Advisory Training Team) under the coordination of the EUTM Mali.

A CMATT is one of the training activity types that EUTM Mali conducts. EUTM Mali CMATT’s are comprised of a mixture of staff and unit training courses. The Advisory Task Force (ATF) are in the lead for staff training and the Education and Training Task Force (ETTF) takes the lead for unit training courses. The number of trainers and trainees on each CMATT varies according to programs but the ATF provides the Commanding Officer (CO) and the Executive Officer (XO). Lieutenant Colonel Sack, from the Austrian Army was in the lead for this CMATT.

He has built a very considerable depth of knowledge as a CMATT trainer and this was his ninth CMATT. His deputy was Major Dominguez, from the Spanish Army. This was Major Dominguez second CMATT training activity in the mission area. The lead into the actual CMATT starts months before the training is delivered. Consideration is given to determining the conditions under which training will be conducted, training courses, type of attendees, dates, deployment details, manning, logistics, and accommodation. During the preparation phase, detailed planning is always done in close cooperation with the Malian Armed Forces (MaAF) in order to allow EUTM Mali to carry out the training conducted in response to MaAF needs.

Good communication between EUTM Mali and the Military Region continues throughout the planning phase in order to refine the contents and communicate any focus changes that may occur. Finally, once all preparation activities have finalised, the deployment takes place. The latest CMATT that EUTM Mali planned, organized and conducted ran from the 27th January until the 24th February 2020. This CMATT employed 123 military personnel, including ATF and ETTF Trainers, Force Protection, Medical Teams, Communications and other supports. Usually located in BAMAKO and KOULIKORO, the personnel composing the CMATT unit, moved to MOPTI-SEVARÉ region between January 20th and 22nd, in a column of more than 40 vehicles, covering a distance of almost 700 km in three days.

During the period January 23rd to the 26th, onsite coordination meetings took place with the 6th Military Region Commander, to settle the final conditions to deliver the courses that the Region had requested. On 27th January, the first three courses started: Planning and Conducting Operations (two weeks), Intelligence Analyst (three weeks) and Administration/Information Tools (two weeks). Trainees were drawn from the MaAF.

There were 12 trainees on the first course, 11 trainees on the Intelligence Analyst course and 22 trainees on the Administration/Information Tools course. During the two-week Planning and Conducting Operations course, instruction was given on battle rhythm, organization of a command post, topography, terrain analysis, convoy organization, and command and control of operations (C2OPS). This C2OPS training was the center of gravity on which the whole course revolved, and the trainees had to fit into the different cells of a command post and carry out their assigned tasks at their posts, using the C2OPS.

In the Intelligence Analyst course, the trainees were instructed on the concepts of the intelligence function and the management of databases applied to information analysis. This was the first occasion whereby previously instructed Malian soldiers returned to a EUTM Mali training course and acted as Instructors (concept “train the trainers”). These Malian instructors have been incorporated into a CMATT under the supervision of the EUTM Mali.

The Administration/Information tools course, served to initiate the trainees in the management of the administrative resources of an organization. This training was a first introduction for many of the trainees to computer management tools. During the third week, the Management and Operations course was held in a command post setting. This Command Post exercise training combined both practical and theoretical learning in order to develop the trainees’ initiative. An exercise scenario was created for a SÉVARÉ defense zone, where the trainees were required to develop the different activities of a command post using the capabilities provided by the C2OPS system training. Trainees were exercised in reacting to the different incidents that were injected by the instructors. Meanwhile, from February 3rd to the 13th simultaneous training was run by ETTF trainers, a Mechanised/Motorised Infrantry Training module for one Casspir Platoon (33 trainees) and one KIA Platoon (32 trainees) respectively, which provided them with the required knowledge to conduct tactical movements as a platoon. They were instructed on doing this, while maintaining area security, conducting platoon level patrol operations, maintaining safe and adequate weapon handling.

Trainees were further exercised in reacting to enemy contact and a requirement to secure a defensive position at platoon. During this specific training, they learned to conduct operations in IED threat area and apply the basics of C-IED procedures and to execute tactical recovery of a damaged vehicle. On February 14th the closing ceremony was held according to Malian protocol. This was a moment of pride for all: the instructors seeing the progress of the trainees, and the trainees who received their certificates, bearing witness to their successful performance during the period. After the CMATT commenced, EUTM Mali received a request to complete the preparation of two MaAF Companies, one National Guard Company (94 trainees) and one Engineer Company (95 trainees). After establishing a training program, the CMATT team completed the preparation of these additional subunits during the period 17th to 21st February.

These troops were in the final phase of their training. It was however possible to introduce the training audience to the challenges that exist and the skillsets that are required in order to prevail in central Mali’s operational environment. Trust and cohesion were developed during this decentralised training. They were forged through mutual learning and exchange of experiences that will accompany the entire professional career of each EUTM Mali military member who participated in this CMATT.

The CMATT helped to develop the military capabilities of the 6th Military Region and provided key training opportunities. More importantly, however, the CMATT provided EUTM Mali with the opportunity to learn from the both the Malians trainees and instructors. By deploying to their military barracks, utilising their logistics and working alongside them in a ‘coaching’ role, the EUTM Mali gained unrivalled insight and deeper understanding of the MaAF mindset and fighting spirit.