Posted at 11:57h in News by EUTM Mali Press
Share 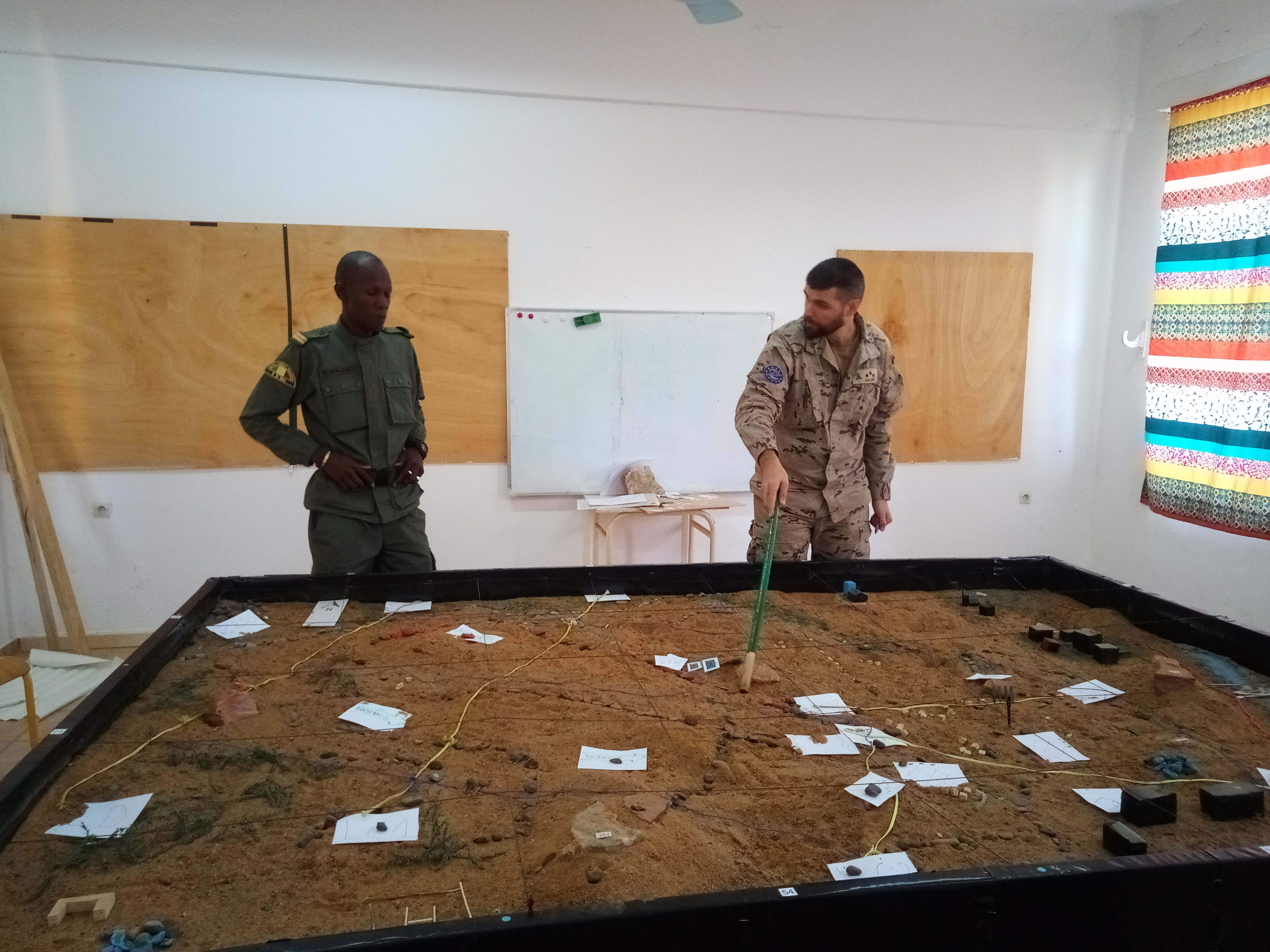 EUTM/Mali conducted the Company Commanders Course from September 30, 2019 to February 6, 2020 in Koulikoro Training Camp. The aim of the course was to train future Company Commanders in order to provide them with the essential knowledge of command at the Company level. This course was attended by 24 trainees from the Malian Armed Forces with instruction provided by 3 trainers from the ETTF (Education and Training Task Force). The Company Commander occupies a pivotal place in the military chain of command. As an Officer it is considered to be the best time in ones career in which it is possible to be able to lead, guide and mentor soldiers under command. The example set by the Company Commander will determine the shape of his sub unit as a whole and assist in the development of the individual career paths of all of his personnel. The Commander has the benefit of getting to know his people personally, develop a strong bond through shared experience and innate comradeship. At a professional level the strength of the Commander lies in his ability to interpret Orders and be able to communicate them to his Company. Much of the success of this lies in the Commander’s understanding and feel for his own troops’ strengths and weaknesses.The course itself has been divided into two parts: the first part was directed towards the topics of International Humanitarian Law, navigation, health support and an understanding of the capabilities of the Malian Armed Forces. The second part of the course was oriented to operations planning, study of military symbology, concept of tactics and the interpretation and delivery of operational Orders. At the end of each module, students took a test in order to validate the knowledge acquired. However, in the last week of the course the students were evaluated through a general theoretical test of all the subjects taught. There was also a practical test in the delivery of Orders conducted using a model pit to demonstrate the plan in a pictorial setting; essential for conveying ideas to soldiers.The balance of the course meant that students achieved the maximum benefit from their dedication shown during the intense hours of work over the four months of training. Demonstrated most eloquently when theoretical training was put in to practice. The EUTM Mali objective is always to assist our MaAF colleagues to meet their operational needs through close co-operation in advising, training and education.