EUTM Mali | PUMA TRAINING FOR THE SECURITY OF THE CITIZEN MALI
27012
post-template-default,single,single-post,postid-27012,single-format-standard,ajax_fade,page_not_loaded,,qode-child-theme-ver-1.0.0,qode-theme-ver-9.4.1,wpb-js-composer js-comp-ver-4.12,vc_responsive

PUMA TRAINING FOR THE SECURITY OF THE CITIZEN MALI

19 Sep PUMA TRAINING FOR THE SECURITY OF THE CITIZEN MALI 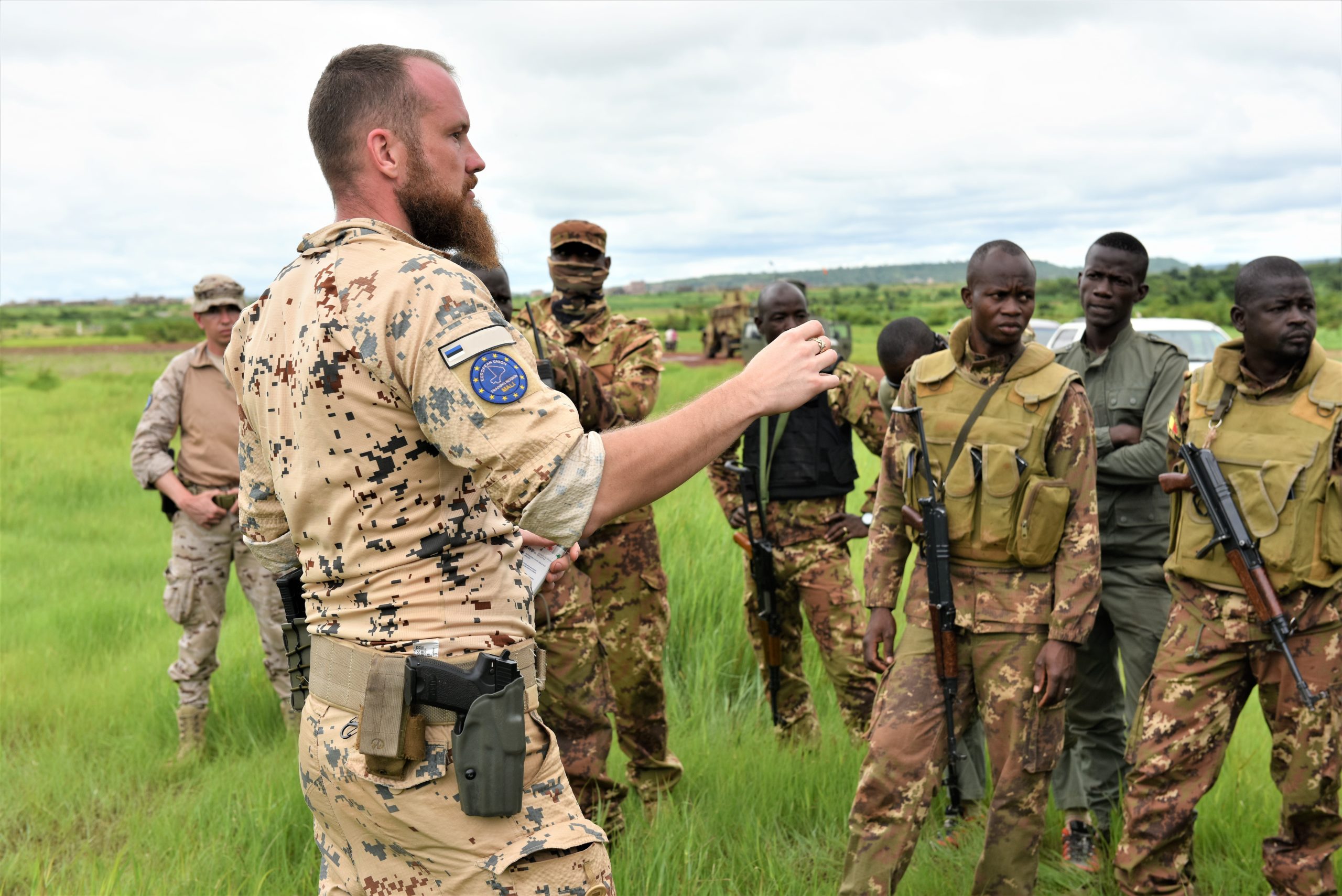 Kati, 10:00 in the morning. The sky is overcast grey, the temperature is above 30 degrees. Visibility at a distance is foggy, due to the high humidity. What is unpleasant for the European trainers is almost cool for the Malian trainees, and their clothing is accordingly. One thing, however, is noticeable in both the Malian soldiers and the European trainers: a strong common interest in making the training successful.

On the square with a long dirt road are three protected PUMA vehicles. They are the main protagonists of the training. Because a whole series of these vehicles have been handed over to the Malian armed forces to ensure the secure transport of troops within Mali. And the FAMa (Force Armee Malienne) has a great need for comparable vehicles: for years they have been fighting irregular terrorists in a country the size of several European states combined. Ambushes, hidden explosive charges (IED’s) and short, concentrated attacks with lightly moving forces, make their lives difficult and cause regular casualties. At the same time, Malian forces have to move a lot, because their overall numbers are manageable and they cannot otherwise protect their population. Among other things, the attack in northern Mali with many dead and injured proved this very clearly. In general, the brutality of terrorists, gangs and militias operating across national borders has increased significantly. In the first half of 2021 alone, several thousand people lost their lives at their hands in the G5 Sahel states. In this respect, the pressure on the armed forces is high to stand up for their citizens, which, however, also leads to a higher risk and, unfortunately, also to higher casualties. Therefore, the protected vehicles come just in time!

Specialized training for users and leaders

The training group is divided into three core groups: The drivers, the gunners and the group or platoon leaders. The drivers are specialists. Above all, they have to get used to the new vehicles, their driving behaviour and the sheer mass. Until now, they only knew their unarmoured pickups. A task that demands a lot in view of the current rainy season and the sometimes difficult terrain. All the more so as tactical driving is added to the mix. Questions like: How do I drive in a column, what do I do in the event of an IED, how do I move when the group is dismounted, etc.? All this has to be coordinated with the gunner, the squad leader and the other vehicles so that you don’t drive into each other’s line of fire. But also keep moving all the time: “The PUMA is a taxi, not a tank!” as the Latvian instructor points out in a very graphic way.

Next it’s the turn of the gunners. They sit on top of the vehicle behind a heavy 12.7 mm machine gun. An excellent weapon if you know how to use it properly. For them, in addition to the correct installation of the weapon in the vehicle, handling, technical maintenance and the elimination of malfunctions in combat are of the utmost importance. And last but not least, the squad and platoon leaders. They are the key element of the training. On the one hand, because they have to lead their groups up and down. This explicitly includes the vehicles and on the other hand because they have to internalize the training in such a way that they can subsequently train their own soldiers within their company. This is one of the reasons why the European trainers spend a lot of time visualizing the situation, whether it is on the side of the PUMA on the cars or on the ground as a sandbox. Operational principles such as tactical movements, correct holding and behavior in the event of an obstacle are constantly shown and then trained.

One thing that stands out throughout the day is motivation. The willingness to participate and absorb the experience of the European instructors is palpable. Whenever the instructors ask, the Malian NCOs immediately stand at attention. Breaks are reduced to a minimum, and if the opportunity arises, an exercise is added. The chemistry between the Malian soldiers and their European instructors is also good. After exercises, there are sometimes loud discussions about how to do things better. One way of dealing with the European instructors is to improve the chances of survival for the Malian NCOs and their soldiers. For at the latest after the end of their company training, they will be going into action for the people of their homeland, which the United Nations currently considers to be the most dangerous mission worldwide.

Late in the afternoon, after countless vehicle marches, ambushes and IED attacks, the training ends. The European trainers are visibly pleased with their protégés. Everyone pulled together and the situational awareness exercises were tackled with great commitment and with great success. The three PUMA make their way back to their barracks in Kati, while the European trainers head to Bamako. A good day not only for the trainers, but above all for the people of Mali.