Posted at 15:37h in News by EUTM Mali Press
Share 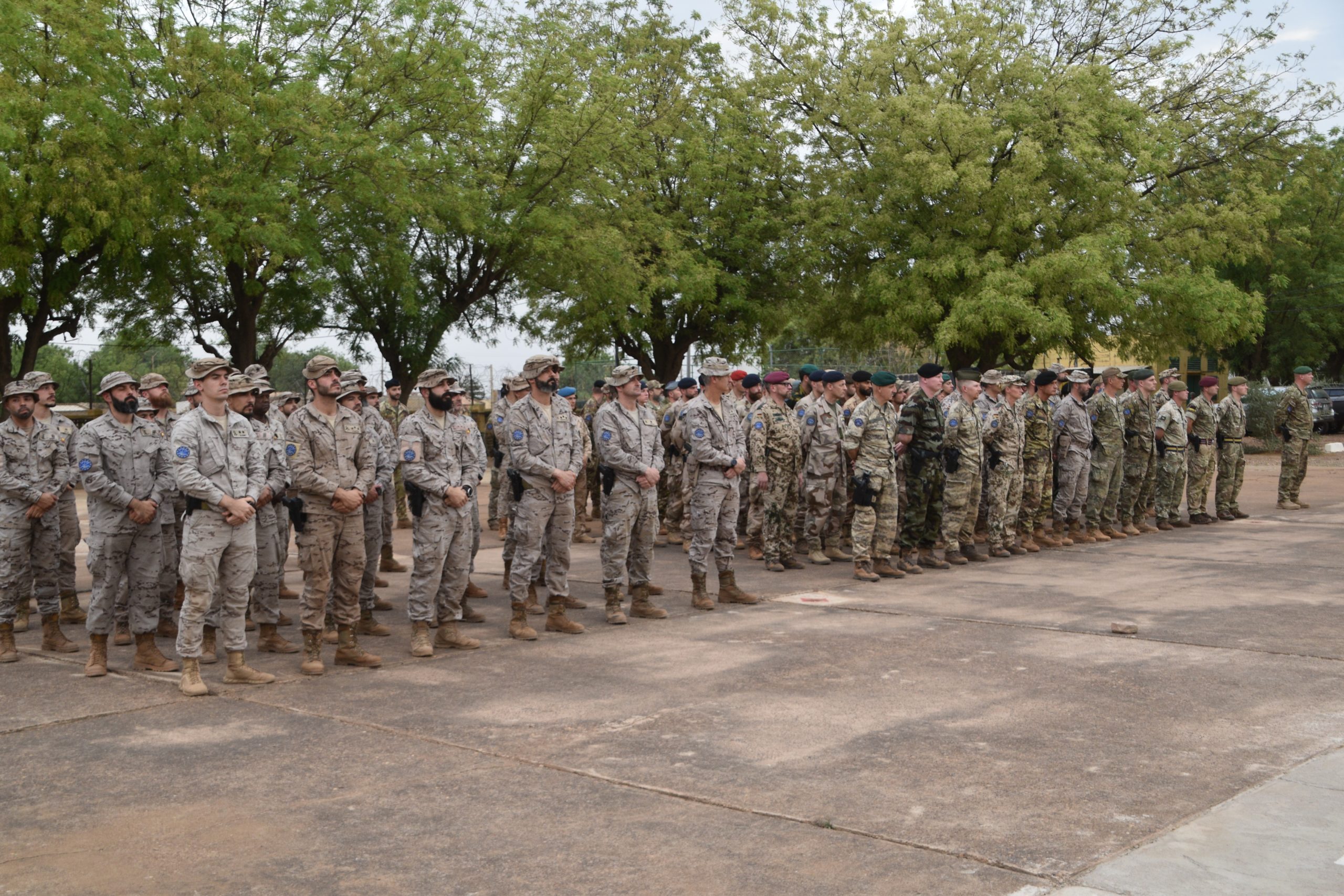 A Medal Parade took place in the Koulikoro Training Camp on March 28, 2020. The ceremony was presided over by the Mission Force Commander (MF Cdr), Brigadier General João Boga Ribeiro, who was accompanied by the key staff of the EUTM Mali chain of command.

During his speech, the MF Cdr stated that on the medal awarded there was an inscription “Pro Pace Unum” meaning, “United for Peace”, which is exactly what unites EUTM Mali and that is exactly what those who were presented with their medals have achieved, on behalf of the Malian Armed Forces and the Malian people, in their pursuit of stability and development.

The MF Cdr recognised that EUTM Mali is composed of Soldiers, physically and mentally prepared to face the challenges that might come. Beyond that, the success of the Mission relies on highly skilled professionals who underpin everything they do with their motivation and enthusiasm.

The MF Cdr concluded by saying that as long as EUTM Mali keeps a clear idea on what to achieve and how to operate, there will be no challenge that the Mission cannot accept and do their best to try to overcome. There is no problem that EUTM Mali cannot analyse, understand and subsequently provide a solution for.