Posted at 13:19h in News by EUTM Mali Press
Share 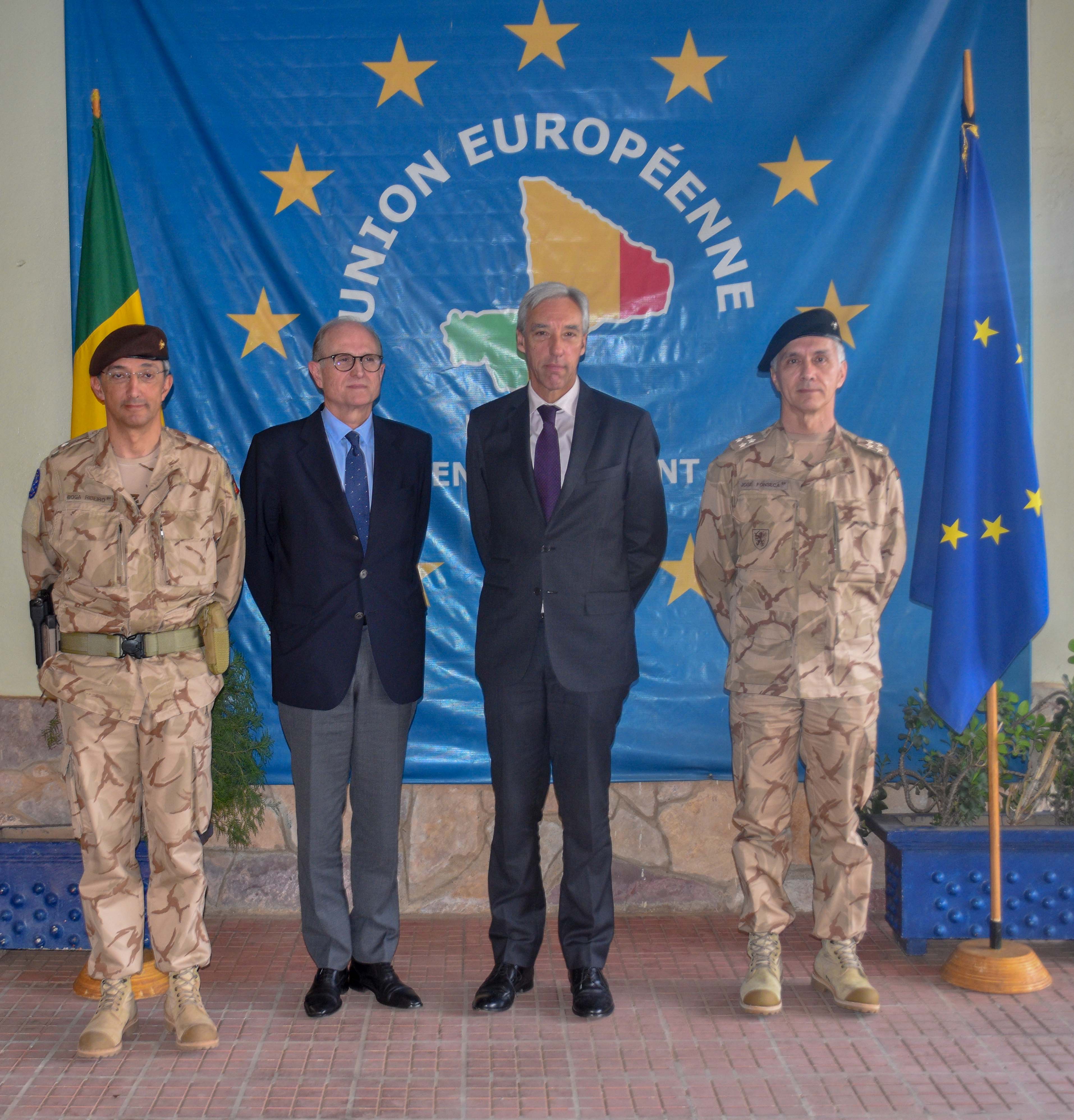 On Sunday 19 January 2020, the Minister of Defence of Portugal, João Gomes Cravinho, accompanied by Ambassador Moreira da Cunha, Special Envoy for the Sahel and General José Nunes da Fonseca, Chief of Staff of the Portuguese Army, travelled to Mali to meet the Portuguese troops serving in the European Union training mission EUTM MALI and to conduct meetings with the main political, diplomatic and military authorities of the country.

To meet him at the airport and welcome him to Mali was the Force Commander of EUTM MALI, General Boga Ribeiro. From there he was involved in high level discussions with the Minister of Defence and Veterans Affairs, the Special Representative of the Secretary General and the heads of pillars of MINUSMA, the Ambassador of the European Union in Mali together with the heads of the CSDP missions in Mali, the Commander of the G5S Joint Force, and finally, the President of the Republic of Mali, Ibrahim Boubacar Keïta.

On his arrival, he paid tribute to the fallen of the EUTM. Later he had an office call with the Commander where he received a national briefing and an overview of the EUTM Mali training and advisory tasks that take place in the different mission locations.

The Minister of Defence was accompanied throughout his visit by General João Boga Ribeiro who used the opportunity to bring the Minister up to speed on the current situation and the challenges in Mali and the Sahel region as a whole.

The last leg of his journey saw the Minister visit the Koulikoro Training Camp to see the good work of this integral part of the Mission. The Portuguese Minister of Defence, after the visit, said that ‘the Portuguese troops are highly motivated with a high degree of training and preparation, and summed up by saying that to be well prepared is to have the conviction that the mission is important’.