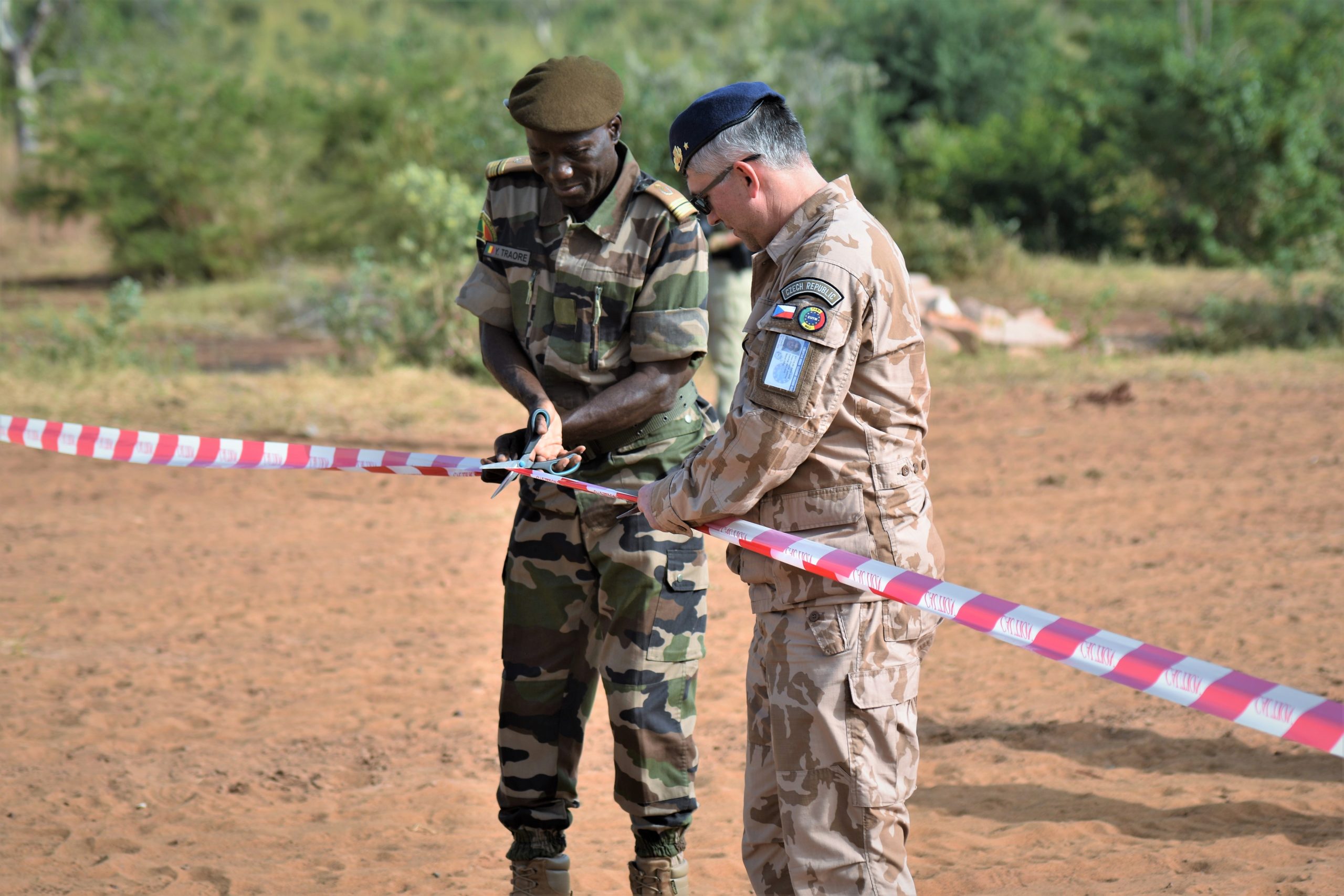 On Friday, 06 November, the inauguration ceremony of the Tanabougou Shooting Range took place. The Commander of the Koulikoro Training Centre, Colonel Yacouba Z. Traoré, together with the Directors of the military schools and an honor guard platoon, received on arrival at the shooting range, the Mission Force Commander of the EUTM Mali, Brigadier General František Ridzák. After the speeches of Brigadier General Ridzák and Colonel Traoré, they cut the official ribbon. With this symbolic act, the shooting range was officially opened, followed by a precision shooting session carried out by the MaAF cadets who fired from different distances and firing positions.

The project to improve the Tanabougou Shooting Range was born out of a cooperation between the elements of Educational and Training Task Force (ETTF) in Koulikoro and the Civil-Military Co-operation (CIMIC) team of EUTM Mali in Bamako. The improvements, which consist of a set of layers of overlapping tires, filled with sand, guarantee a much greater durability and a greater safety, not only for the users of the shooting range but also for neighboring populations. In addition to this intervention, HESCO bastions have been placed along the entire line of heights, delimiting the impact zone in order to ensure even improved safety, greatly reducing the probability of a projectile coming out of that firing zone.

In addition to an efficient improvement of the shooting range itself, and simultaneously, in a perfect symbiosis with this project, the CIMIC team ensured that the workers on this task would be recruited locally in the town of Tanabougou. Thus, the local population had access to a work, in a project carried out very close to their village, on behalf of their Armed Forces. The EUTM Mali CIMIC team also established close cooperation with the inhabitants of Tanabougou, distributing humanitarian aid to those who most need it, and arranging to pump water from the village borehole, ensuring the collection of water for hundreds of families in this community.