ONE ANNIVERSARY, ONE CEREMONY

21 Feb ONE ANNIVERSARY, ONE CEREMONY

Posted at 16:31h in News by EUTM Mali Press
Share 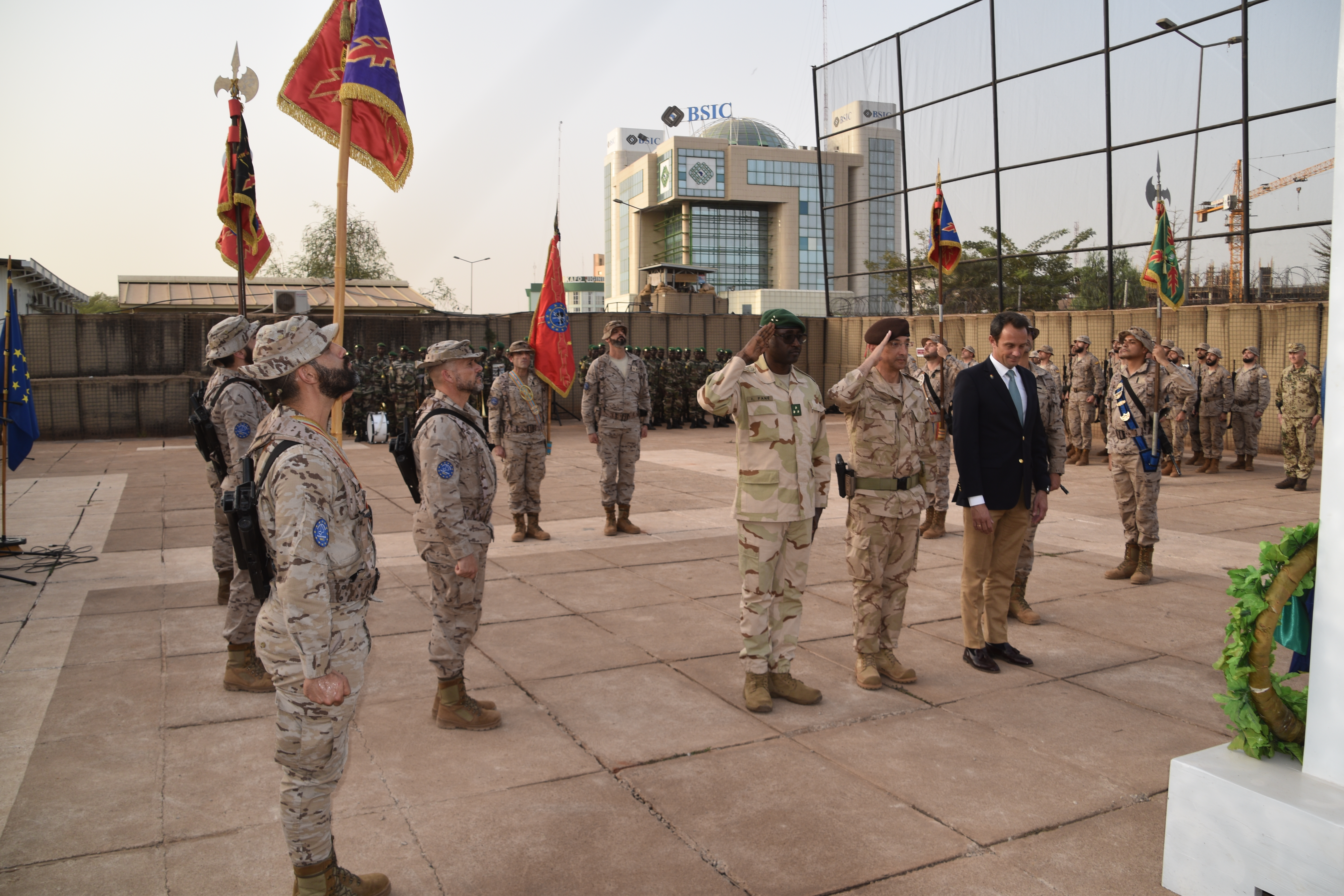 EUTM Mali celebrated its seventh anniversary on 20 February 2020. A military ceremony celebrating the anniversary took place at the Mission Headquarters, with the presence of Malian and international civilian and military dignitaries. The ceremony, simple but highly meaningful, included a homage to the fallen and speeches provided by the Mission Force Commander (MF Cdr) and European Union (EU) Representative with the finale being renditions of the National Anthems of Mali and EU. It was followed by a tour of a dedicated photo exhibition depicting the history of the Mission’s presence in Mali. During his speech, the MF Cdr gave a brief overview of the seven years of the Mission’s presence in Mali, also addressing what the EUTM is currently undertaking and the challenges ahead. He praised the professionalism, dedication and commitment of the 29 nations’ military and civilian personnel who have served and who are still serving in the Mission. He stressed the sincere appreciation and thanks to the Malian Armed Forces and G5S Joint Force for their support to EUTM’s tasks, for their daily courage and mission spirit. He likewise strongly applauded the Malian people for their traditional hospitality to the Mission in this last seven years. EUTM Mali mission started in 2013. However, the story began 24 December 2012 when the President of the Republic of Mali requested the High Representative of the European Union for Foreign Affairs and Security Policy, the deployment of an EU military training mission in Mali. All these events led to the adoption of the Council Decision of 13 January 2013, this creating the European Union Training Mission (EUTM) in Mali. The first EUTM soldiers arrived in Bamako on 8 February 2013. Finally, on 20 February 2013, the mission started in Bamako.