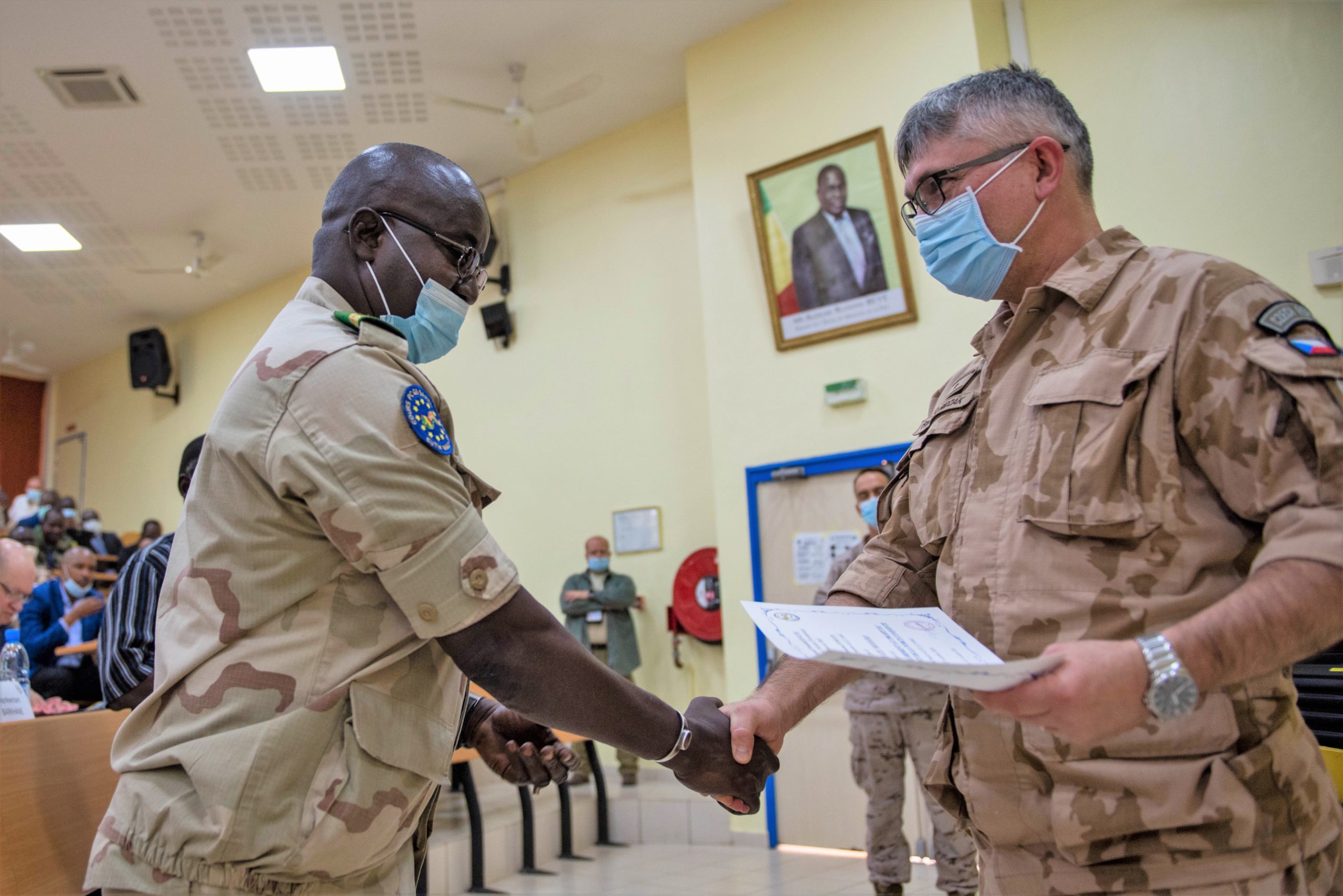 The Pre-deployment Training for the G5 Sahel Joint Force Command Post took place between 12 and 27 October at the Peacekeeping School “Alioune Blondin Beye” in Bamako. More than thirty Staff Officers attended this course. Thus, with the attendance of this course, the elements that will integrate the G5 Sahel Joint Force Command Post, starting in November, received the expected profiles and the desired knowledge. This ensured that the Staff have met all the requirements and have received the necessary skills required for their positions.

The first part of the course focused on a theoretical background. In this phase, consisting essentially of lectures, the trainees received information regarding the G5 Sahel organization. Later, still in the theoretical phase, other important concepts were addressed, such as International Humanitarian Law, Human Rights and gender aspects. Another set of lectures focused on the various partners of the G5 Sahel, and the trainees attended presentations on EUTM Mali, EUCAP Sahel, MINUSMA and Operation Barkhane.

The end of the first week was devoted to the second major block of subjects. The focus was on issues related to the operation of a Joint Command Post, its constitution and way of working. There was also a general discussion on how to adopt a battle rhythm, in both, an exercise and an operational situation. In addition, tactical content such as combat functions, operational terminology, and graphical symbolism were also discussed.

The beginning of the second week of training took a more practical part, with the trainees setting up a Command Post. After being presented with a scenario, the Command Post Exercise was initiated. At this stage, the trainees received an operations order and later presented several briefings and products of the military decision making process. Later in the week, they developed a fragmentary order and conducted the planned operation using the C2OPS platform.

This training proved to be of high importance and enormously relevant to the trainees who will join the G5 Sahel Joint Force Command Post. Thanks to the content thought on the course, all the members of the staff improved their knowledge and communication that will certainly facilitate the interoperability amongst them.