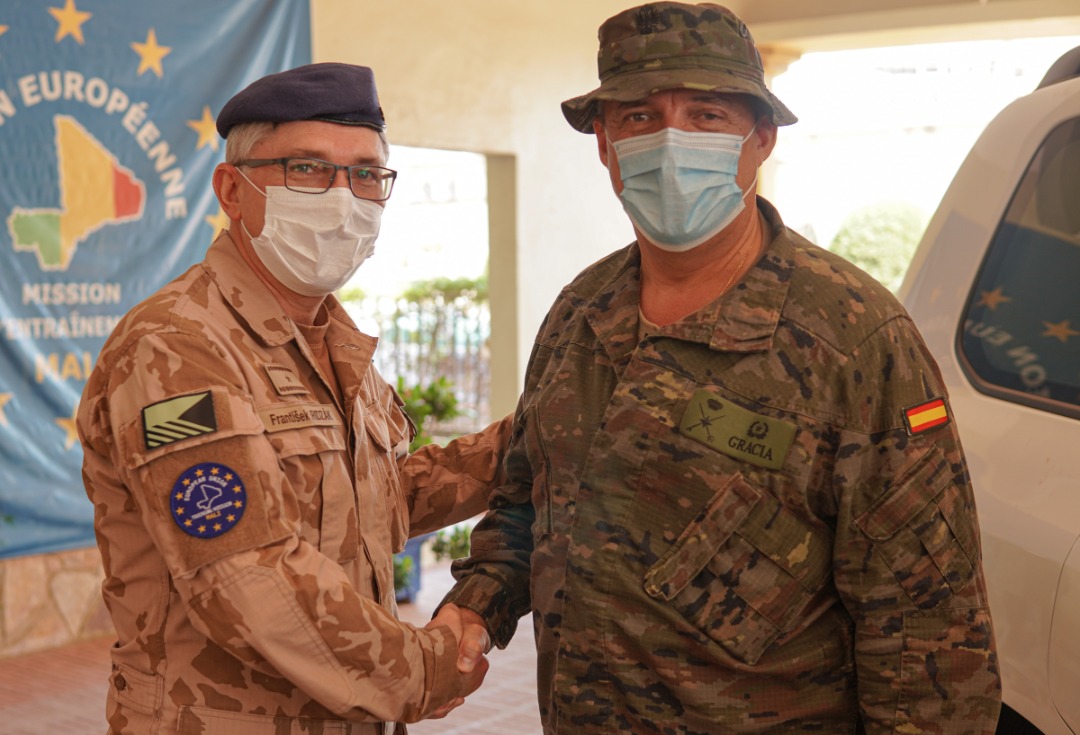 Between the 16th and 20th November, EUTM Mali hosted a delegation composed by members of the EUROCORPS staff that conducted a pre-deployment assessment prior to the EUTM Mali Command Handover/Takeover (HO/TO) in January next year.

Brigadier General František Ridzák welcomed his guest, Brigadier General Fernando Luis Gracia Herreiz, and his entourage in the lobby of the Mission Force Headquarters, the act that symbolized the official start of the visit and the planned HO/TO between Czech Republic and Spain.

A detailed plan of activities was prepared for the visit in order to familiarize incoming leadership with the level and nature of EUTM Mali mission.

At the end of the visit, Brigadier General Fernando Luis Gracia Herreiz said that he was “pleased with what he had seen and with the reception he had received from all those serving in the EUTM Mali”.