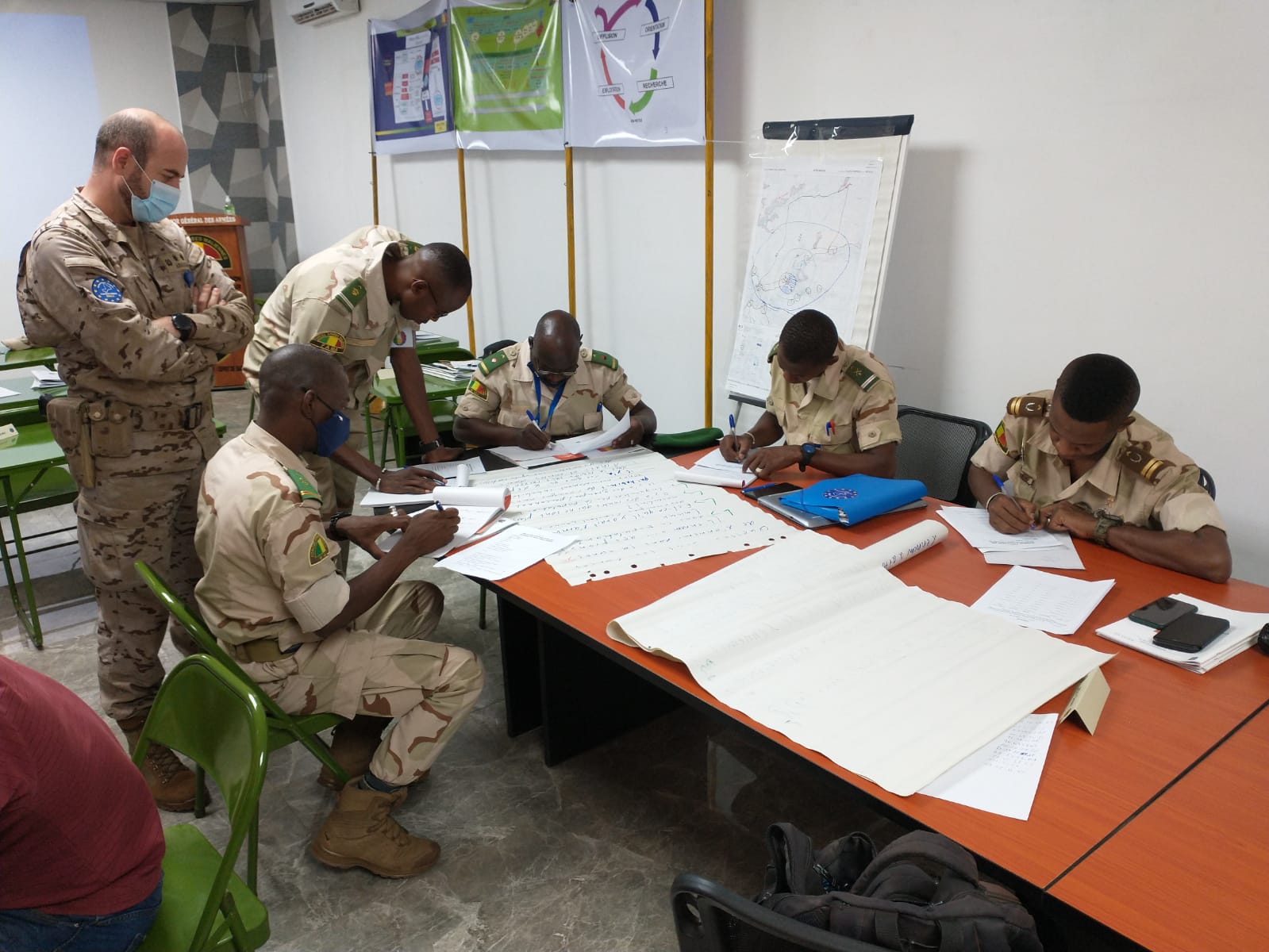 For three weeks a mixed team of EUTM and Malian Armed Forces  (FAMa) trainers conducted the first Military Intelligence Course of 2021 at the installations of the État-Major Général des Armées (EMGA) in Bamako.

The opening ceremony, held in March 22 and was presided by the colonel-major Daoud Aly MOHAMMEDINE, deputy Chief of the General Staff of the Armed Forces, by colonel Mahamadou TRAORÉ, Deputy Chief of Military Intelligence and by colonel Vincent HENKINET, chief of EUTM´s Advisory Task Force.

This training, attended by 12 intelligence Officers and Non-commissioned officers, aimed to provide theoretical and practical knowledge in the field of intelligence cycle expertise, which is necessary to accomplish the missions of the Intelligence Cell within a battalion or a Staff. Several exercises were carried out in collaboration with Malian military trainers.

On April 9th , at the end of the three weeks training, the closing ceremony of the EUTM “Military Intelligence 2021_1” course took place at the EMGA facilities where all the trainees received their certificates.