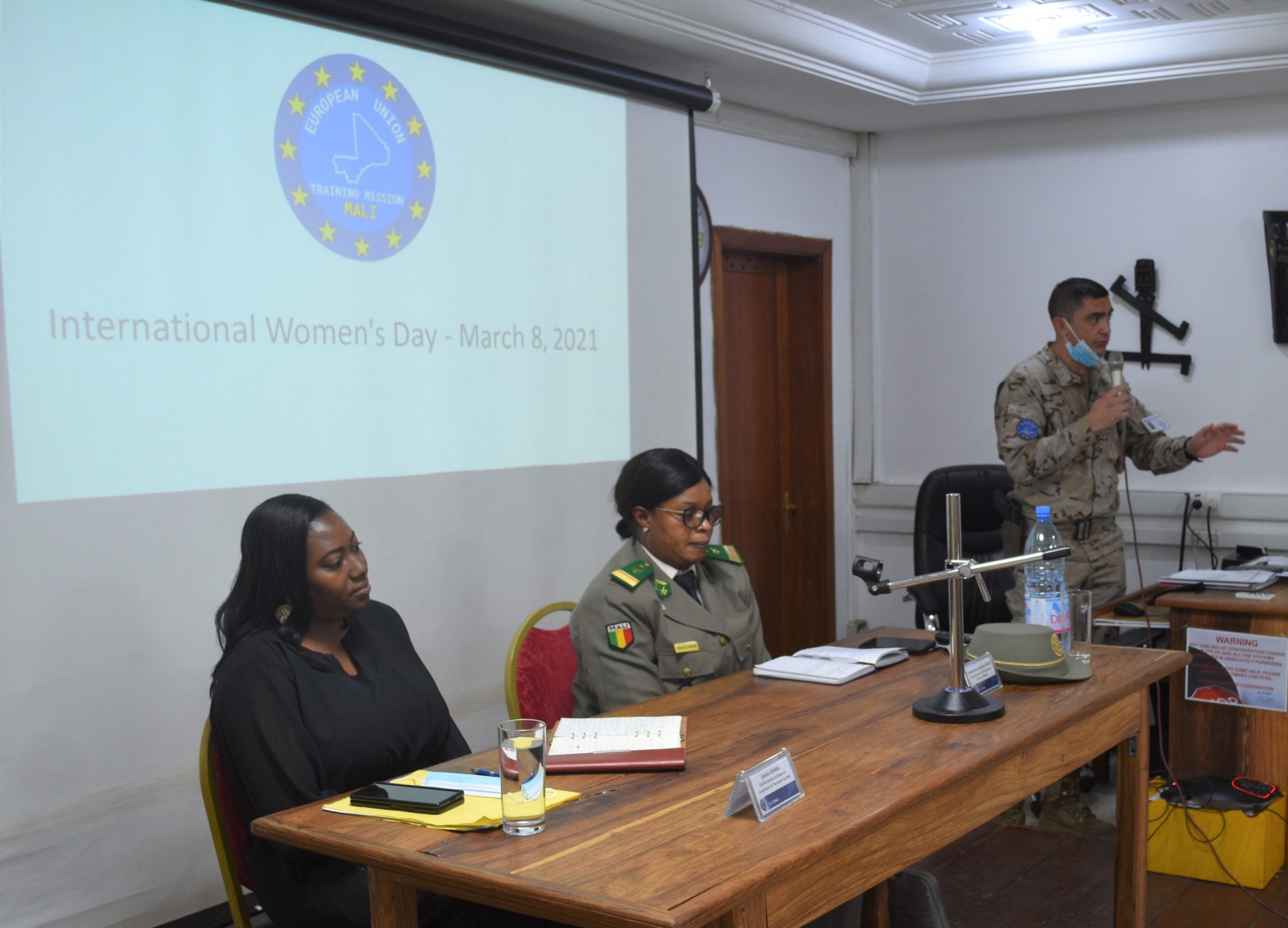 International Women’s Day is celebrated on March 8. By the launch on November 25, 2020 of the “Gender Action Plan III”, reflecting an ambitious agenda for gender equality and women’s empowerment in the European (EU) external action, the European Union showed its commitment to the promotion of women’s equality at all levels, including CSDP (Common Security and Defence Policy) missions. In general, all EU actors are called upon to implement gender equality under the premise of “lead by example”.

The 5th mandate of the EUTM Mali mission defines perfectly how to implement such a policies. The promotion of Gender mainstreaming enhances EUTM Mali coherence, effectiveness and credibility in the mission area. The example given by the members of the mission in both the Training and Advisory Task Force will reflect on the success of the mission. A gender perspective should be applied, not only in stand-alone gender-related training, but also become integrated in other training sessions and other activities, which are to be planned from a gender perspective.

Moreover, events such as International Women’s Day are also used to show the mission’s commitment to gender equality.

For this reason, a celebration was held on March 8 at the EUTM Headquarters in Bamako, consisting of two conferences given by two prominent women in Malian society.

The first woman was Major Aissatta Traore, Head of the Women’s Protection and Promotion Division of the Directorate of Social Services in the Armed Forces. Her lecture dealt with the role of Malian women in the Armed Forces, promotion, possibilities, difficulties and aspects to be improved in order to facilitate women’s access to relevant positions.

The second conference was given by Ms. Kadidia Bamba, Head of the Legal Services of the ” Aéroports du Mali”, who spoke about job opportunities and the difficulties that a woman might encounter when entering the job market, especially in terms of access to managerial positions.

These conferences were chaired by General Fernando Gracia, Mission Force Commander, accompanied by a large representation of EUTM staff in the MHQ in Bamako.

After the lectures, an interesting debate on the role of women in the Armed Forces was held, and the two speakers answered questions from the EUTM staff. Finally, the Mission Force Commander met with the female staff and the lecturers to enjoy lunch together.

These events allow us to reflect on the importance of promoting equality in countries where the gap between men and women is still wider than in Europe. Transmitting these values to the whole working environment remains important.

It also allows us to understand the difficult situation of these women in certain areas. It encourages us to share these values under the “Gender Action Plan III”, premise of “lead by example”. In short, a special occasion that EUTM has enjoyed, congratulating every woman in the world on this eighth of March.