Posted at 14:05h in News by EUTM Mali Press
Share 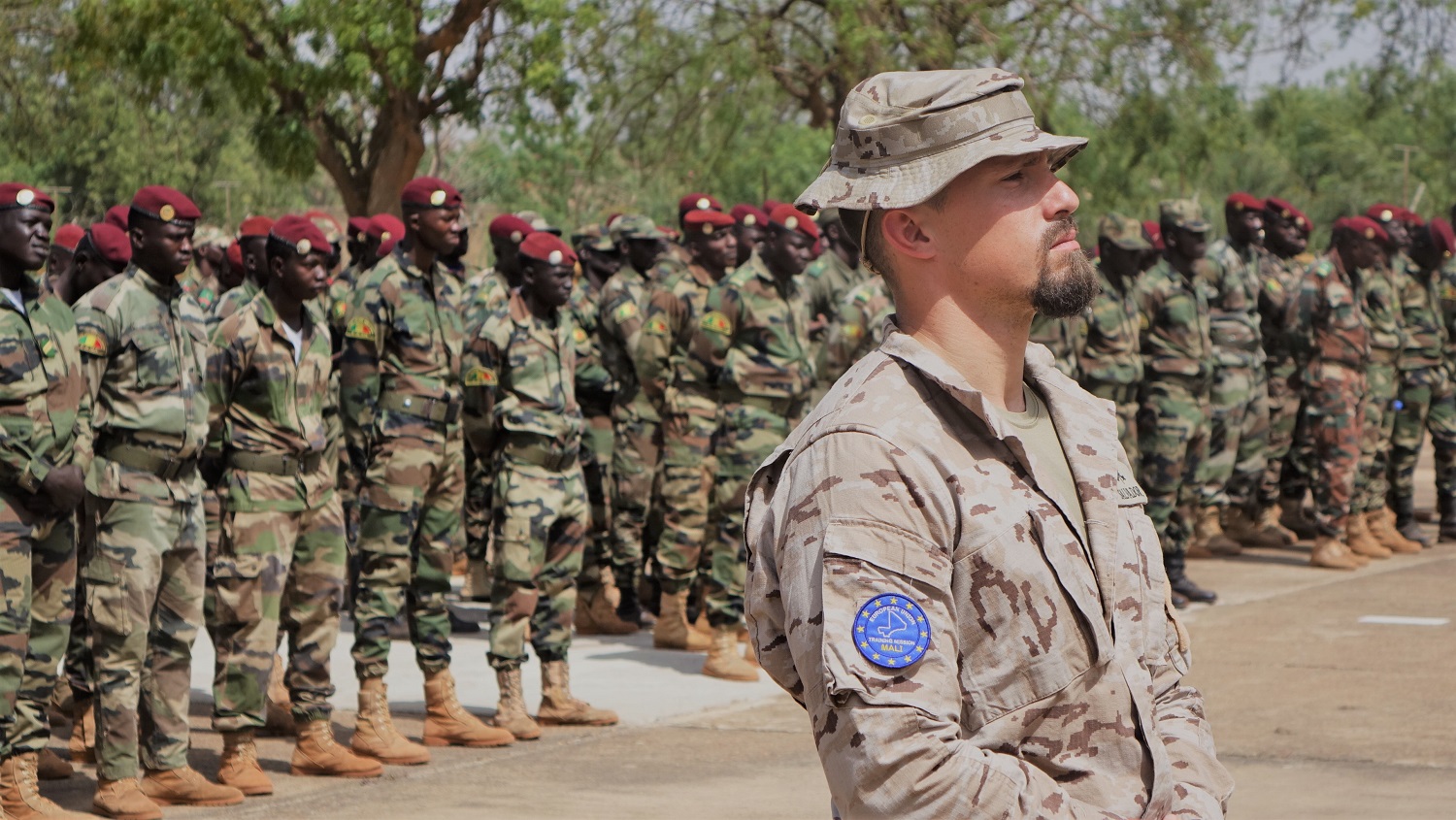 The European Union Training Mission (EUTM) Mali planned, organized and conducted a Company level pre-deployment training (PDT) from 26th January until 21th February 2020. On 26th January, a military convoy was organised to transport the soldiers from Bamako to Koulikoro Training Camp (KTC) with approximately 170 soldiers. EUTM Mali shaped the training to the operational needs of the Malian Armed Forces (MaAF) through the provision of training support. The aim was to provide an organic MaAF Infantry Company with the necessary preparation and tactics, techniques, and procedures (TTP’s) required deploying on operations, as well as providing support weapons crews with specialist training in their relevant weapon systems. The PDT of the new Training Company began on 27th January. The Training Company was instructed for four weeks by 27 trainers of the Education and Training Task Force (ETTF).  During the first week, they provided the Malian trainees with the requisite skills and knowledge in individual military training, which consisted of tactical combat casualty care, weapon handling and movement, C-IED, search skills, topography and signals. In week 2, The Training Company was divided into four groups for the specialist/specific training. The commanders were trained in military decision-making process and in command and leadership. The vehicle crews were instructed in combat driving and 4×4 maintenance. The infantry platoons practiced procedures regarding patrolling, ambush, counter-ambush, offence and defence. Lastly, the support weapons crews were trained in the handling and maintenance of heavy machine guns of different calibers. In the third week, the training entered in a new phase. The trainees practiced patrolling, offensive operations, defensive operations, convoy, escort, counter-ambush, support weapons and base defence collectively as a Company during a field training exercise. Finally, during the fourth week, the Training Company was deployed tactically to Kalifabougou shooting range for a live firing exercise in order to provide specialized training and continue strengthening Company’s own training capabilities. The trainees displayed great motivation during the fast-paced training that increased in intensity as the course progressed. On February 21st, the closing ceremony took place in KTC. This was a moment of pride for all: the instructors seeing the progress of the trainees, who received a certificate that testified that they had passed the training successfully. EUTM Mali continues to respond to the operational needs of the MaAF through the provision of training support for the benefit of the MaAF and training and advice on command and control, logistical chain and human resources, as well as training on International Humanitarian Law, protection of civilians and human rights.