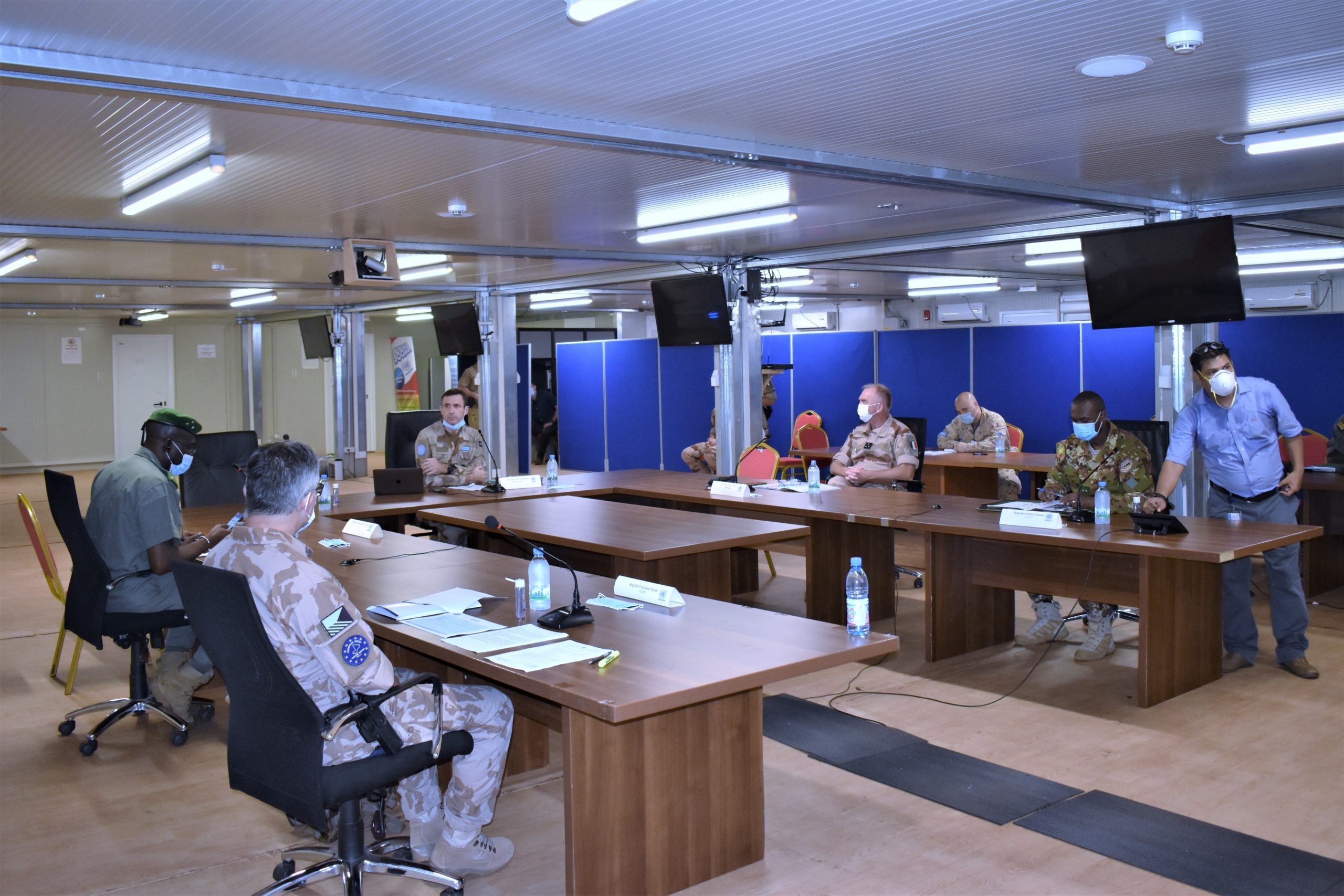 The Instance de Coordination Militaire au Mali (ICM) held on 27 July 2020 in Bamako. The ICM brings together Commanders of the Malian Armed Forces, Barkhane, MINUSMA, G5 Sahel Joint Force and EUTM Mali with the aim of coordinate the plans and operations by those partners on a quarterly basis.

The EUTM Mali Mission Force Commander, Brigadier General František Ridzák, during his presentation spoke about the progressive redeployment as well as the restoring plan of EUTM Mali activities. The EUTM Mali Force Commander reinforced the intention of providing tactical training of Typhoon Companies in accordance with the requests expressed at the last Comité Directeur de Coordination held on 4 June 2020. The evolution of the Mission’s capabilities under the new fifth Mandate, comprising the extension of EUTM’s area of operations to the whole Mali and providing military assistance to the G5 Sahel countries and its Joint Force, was also highlighted.

The Council of the European Union decided to extend the mandate of the EUTM Mali until 18 May 2024. This is first time that the mandate has been extended for a period of four years.