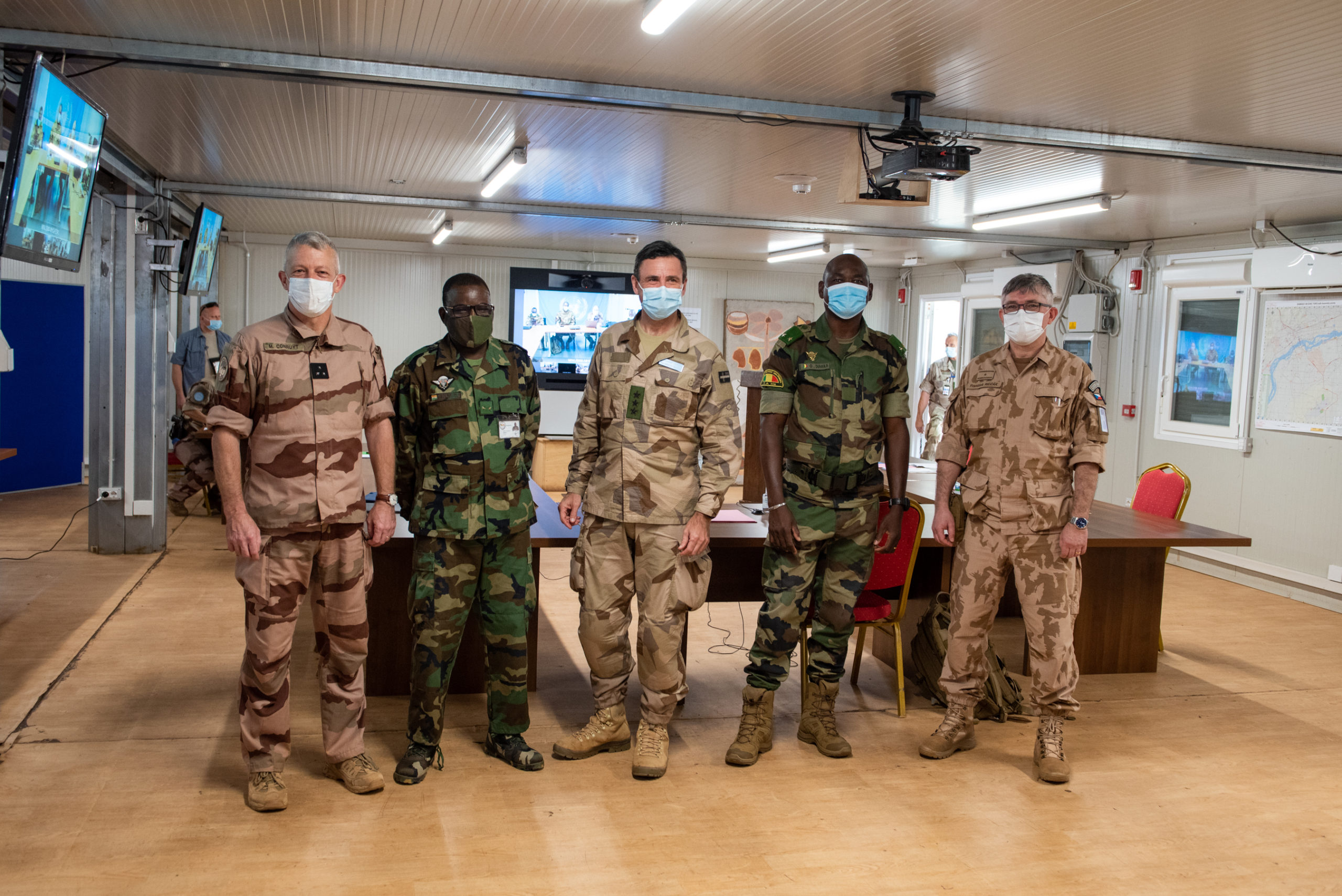 The Instance de Coordination Militaire au Mali (ICM) took place on 05 November 2020 in the MINUSMA Headquarters in Bamako. This meeting, hosted by the MINUSMA Force Commander, brought together Commanders of the Malian Armed Forces, G5 Sahel Joint Force, MINUSMA, EUTM Mali and Operation Barkhane with the aim to coordinate the plans and operations by those partners on a quarterly basis.

The EUTM Mali Mission Force Commander, Brigadier General František Ridzák, during his presentation spoke about the new approach that EUTM Mali is implementing, responding better to the needs of its partners and knowing how to conduct training closer to the areas of deployment. This new concept is exceptionally remarkable, since the new fifth Mandate extends the area of operations to the whole of Mali and provides military assistance to the G5 Sahel countries. Increasing the personnel within the new mandate will allow a large dispersion of training and a high number of training activities taking place simultaneously in different areas.

Brigadier General Ridzák also informed the EUTM Mali partners that he has its teams highly committed in reviewing the EUTM Mali training catalogue in order to ensure that it adapts to the operational needs and expectations of its trainees. The Force Commander also has ensured that he has in mind a variety of proposals going forward, such as the advisory pillar moving from strategic advice to integrated support for FAMa and G5 Sahel Joint Force staff. Another intention is to improve the synchronization of equipment deliveries and training, in order to assure that the equipment will be used to the best of its ability and the training will be as useful and concrete as possible.