EUTM Mali | EVERY DAY THERE WAS A GOAL TO REACH
23281
post-template-default,single,single-post,postid-23281,single-format-standard,ajax_fade,page_not_loaded,,qode-child-theme-ver-1.0.0,qode-theme-ver-9.4.1,wpb-js-composer js-comp-ver-4.12,vc_responsive

EVERY DAY THERE WAS A GOAL TO REACH

25 Dec EVERY DAY THERE WAS A GOAL TO REACH

Posted at 16:52h in News by EUTM Mali Press
Share 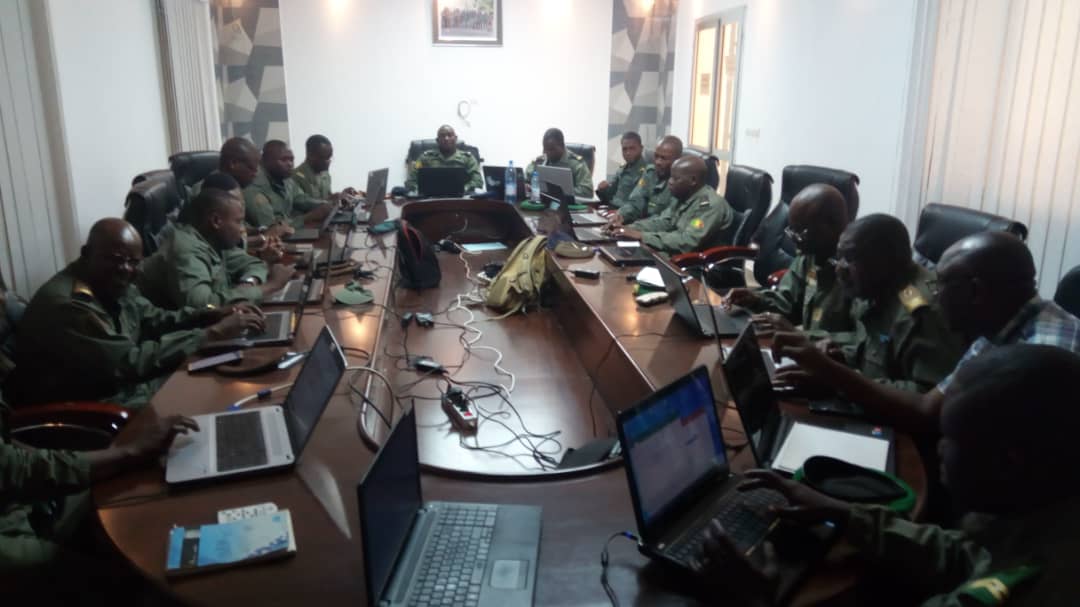 The EUTM (European Union Training Mission in Mali) organized a 40-hour database intelligence course in the conference room of the Intelligence Second Head. 17 students attended the course from the Malian Armed Forces and the gendarmerie.

The whole course, based on practical activities and taught in French, was organized in two different but complementary phases:

– The first phase lasted a week and focused on learning how to use the most useful functions of Excel.

– The second phase of the same duration focused on the design, creation and development of an intelligence database using the programming language.

Every day consisted of a series of exercises that were designed to ensure that the students progressed towards the weekly objectives. This was achieved by giving every student a package of exercises to complete each day. The first exercises were led by the professor, who with step-by-step instructions taught the class as a whole. After two or three of these guided exercises, the students completed the remainder of the exercises on their own but always under supervision and direction of the instructor.

It is estimated that beyond the educational objectives, this training has become an irreplaceable opportunity to promote cohesion between participants, both trainees and instructors. It also has helped to create solid working links between the EUTM and the intelligence structure of the Malian Armies Forces (FAMA).