EUTM organizes a panel on Human Rights and Conflict in Mali 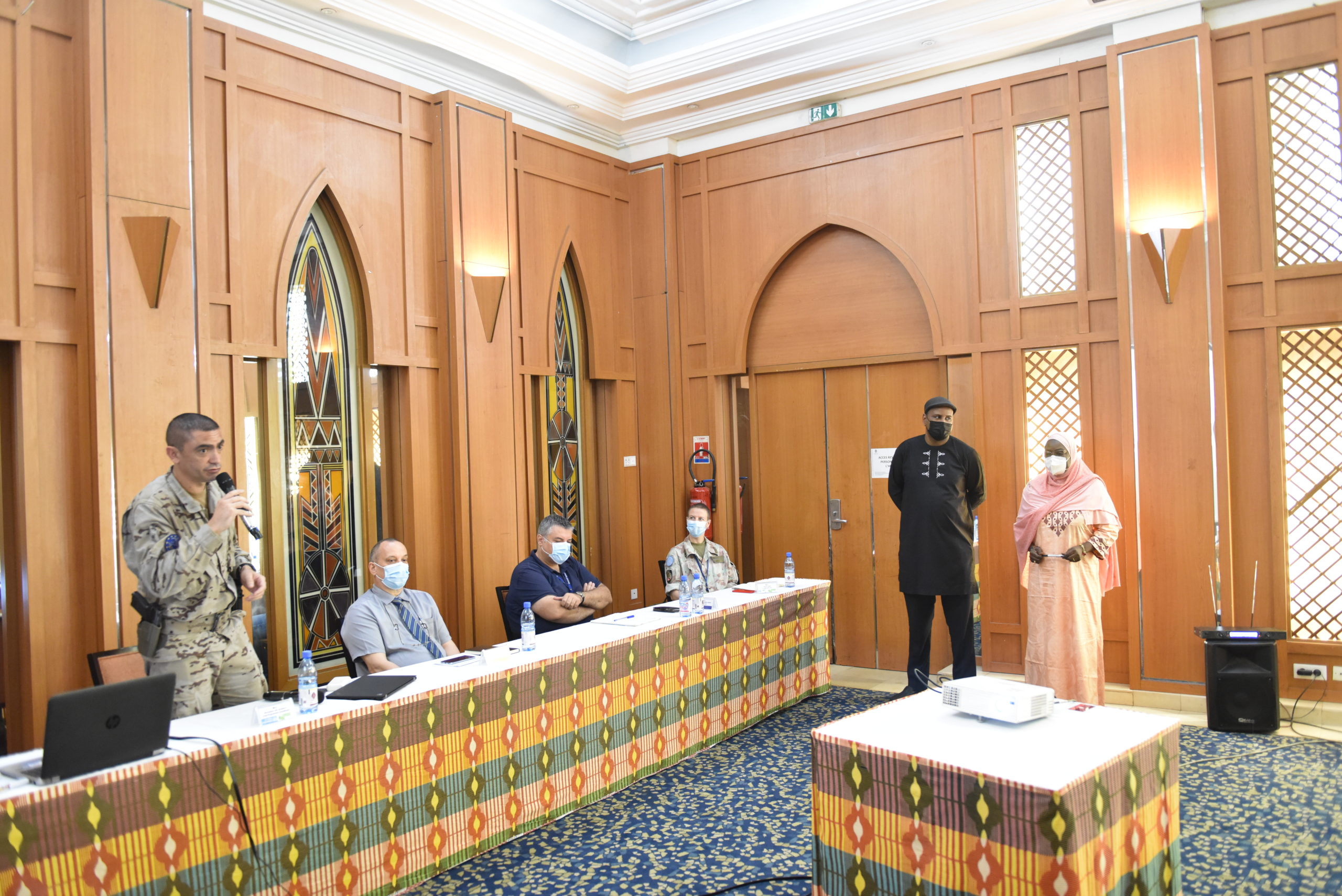 Bamako, June 25, – The European Training Mission (EUTM) in Mali organised a panel with key actors on Human Rights and Conflict in Mali. The aim of the event was to share the actions, currently carried out by the different organisations, and to strengthen the links between EUTM and other partners in the Sahel region.

The ICRC representatives explained the actions the Committee is carrying out for the dissemination of humanitarian law, support to the most vulnerable population and issues related to detainees. On behalf of UN WOMEN, Mr. Wanalher Ag Alwaly and Ms Aminata Maiga explained the organisation’s projects in the most problematic areas of Mali, such as Mopti, and the conflict resolution mechanism that is implemented as a prompt solution to problematic situations.

On behalf of OHCHR, Mr Augustin Hodali explained the Human Rights and International Humanitarian Law Compliance Framework of the G5 Sahel Joint Force and the 7 pillars wherein OHCHR intervenes. Hence, CITAC (Civilian Casualties Identification, Tracking and Analysis Cell) is a fundamental mechanism for a better analysis and understanding of the impact of its operations on civilians and their reparation.  EUTM was able to present the lines of operations regarding the implementation of the 5th Mandate, in particular the non-executive accompaniment to improve the lessons identified of training activities, provided to the security Forces in both Mali and Burkina Faso, and to get a first-hand impression of their performances.

In short, this type of meeting builds trust between the different organisations and helps us to obtain an understanding of the situation in the country thanks to the views provided by the main actors.

“EUTM Mali subscribes to EU’s Comprehensive Approach to support the efforts of G5 Sahel for peace, security and development in Mali and the region.”