Posted at 14:42h in News by EUTM Mali Press
Share 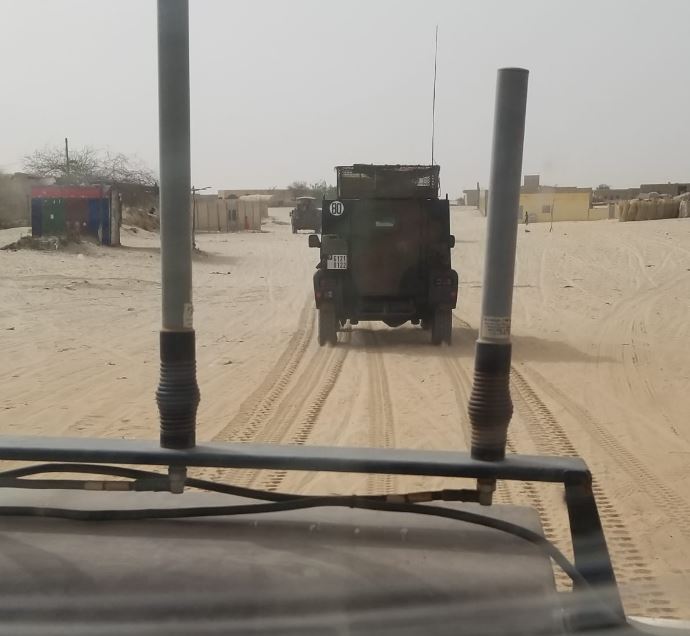 From 12 to 21 March 2020, EUTM Mali conducted a Military Region Advisory Activity (MRAA) in the 5th Military Region (MR) – TIMBUKTU. The aim of this activity was to support the Malian Defence and Security Forces (MDSF) in increasing their operational effectiveness. During this period, 14 EUTM Mali Advisors gave three courses for 33 Malians from Gendarmerie, Garde Nationale, and Police Nationale, ranging in rank from Private to Lieutenant-Colonel. The topics covered during the activity were Operational Planning, Intelligence Management and Administration combined with C2OPS (Command and Control of Operations). The courses were delivered on the BARKHANE compound in close cooperation with the French troops and MINUSMA.

The aim of the Operational Planning Course was to harmonize the way in which the 5th MR approaches operations. Using Malian doctrine as a basis, the participants where walked through the essential elements of doctrine, the Malian Armed Forces (MaAF) Command and Control structure, and the theory of planning at the operational level. The process of planning at the tactical level and various exercises followed this instruction. A specific scenario centered on the 5th MR was used during this practical element of training.

Regarding Intelligence Management, EUTM Mali provided a course on the role of Intelligence as a Warfighting Function, on its contribution to the planning and conduct of military operations, and on the acquisition and management of information. During the course, both EUTM Mali Instructors and MDSF students engaged in lively exercises and discussions, resulting in an increased overall knowledge of the use of intelligence in a Malian security context.

Finally, students were trained in basic administrative and computer skills, working up to an introduction on and exercises with C2OPS system. The students, working in small groups of three, each mentored by an EUTM Mali Advisor, worked on increasing their skills with various “MS Office” products. The training had a strong practical focus with military inspired exercises related to the students’ daily work.

The EUTM Mali Mission Force Commander (MF Cdr), Brigadier General João Boga Ribeiro, flew into TIMBUKTU on March 16, 2020. The purpose of his visit was to visit and observe MRAA activity. The MF Cdr, besides having the opportunity to visit the ongoing training activities, participated in meetings with the Commander of the 5th MR, Colonel Boubacar Sanogoh, Commander of MINUSMA Sector WEST, General Eyiong (Nigeria), and also with Commander of the BARKHANE unit based in the region, Major Emmanuel Pavillard. At these meetings, the MF Cdr expressed his thanks for the continuing support to EUTM Mali, and explained the main initiatives that the mission will develop, going forward.