Posted at 12:08h in News by EUTM Mali Press
Share 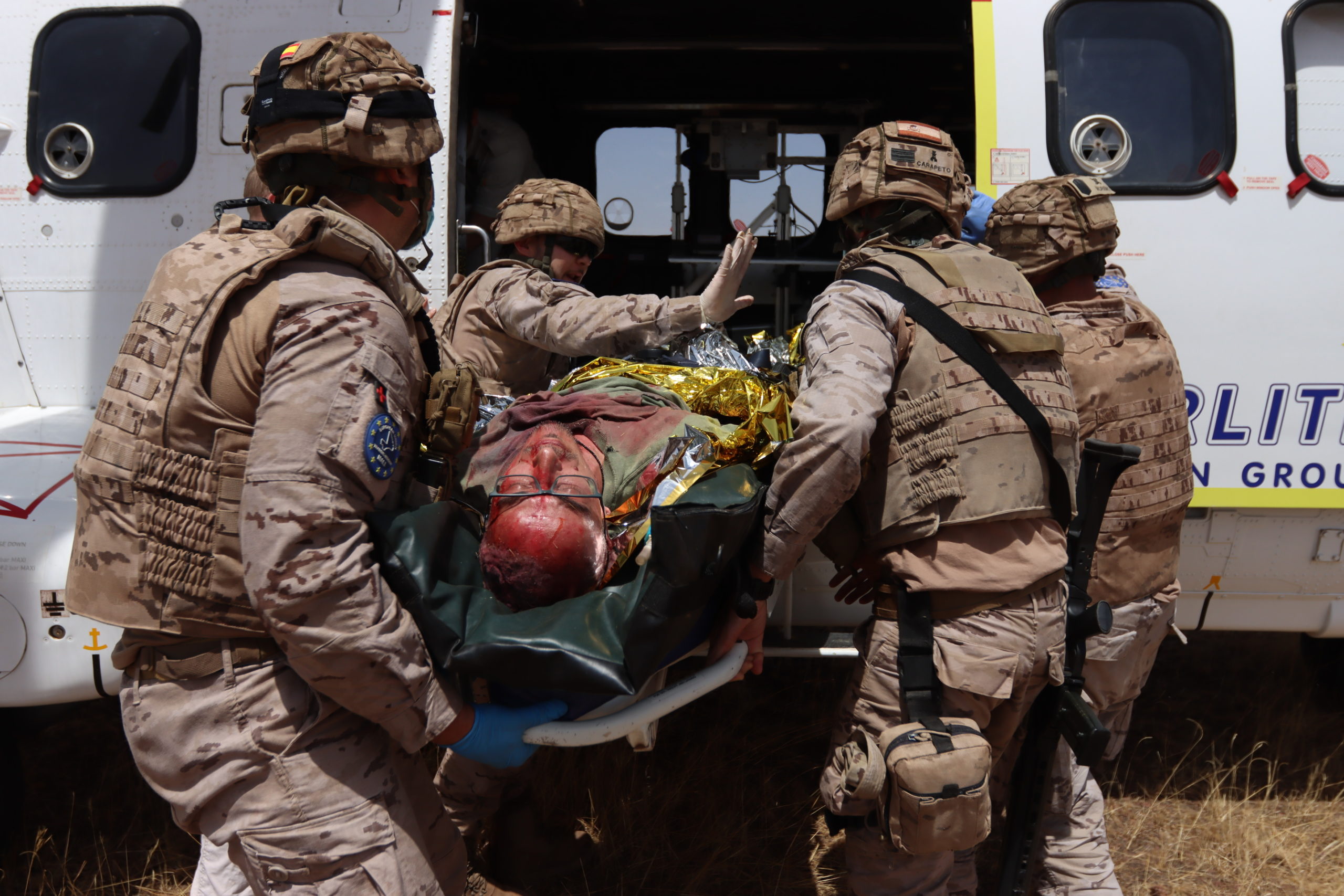 From March 24 until 27, 2021 at the Koulikoro Training Centre, EUTM Mali held a Tactical First Aid and Medical Evacuation Exercise.

Trainees practiced treating casualties in combat and conducting medical evacuation by different land and air means. Personnel from all KTC units participated in the exercise series, including the personnel from ROLE 2E Iqarus and the Starlite Aviation, who provides medical air evacuation services.

“The main objective of the exercise was to coordinate the evacuation of a casualty through the different medical procedural steps and to identify the means of evacuation from the moment it occurs until stabilization in the ROLE 2E”, says Captain Johannes W., Exercise Controller. To this end, the units executed several joint practices during the exercise period to conclude with a comprehensive rehearsal. Colonel Rafael Dengra Tello, Head of the Education and Training Task Force (ETTF), directed the entire exercise. “Training is key for success”, said Col. Dengra.

During the exercise, the transfer of the wounded soldier from the Force Protection Unit’s position to the MEPTs (Medical Emergency Physician Team) was trained and coordinated. In addition, the MEPT successively coordinated their medical procedures for the transport and transfer of the patient to the KTC’s ROLE 2E Iqarus. Moreover, the participation in the final rehearsal of a medicalized helicopter of the Starlite Aviation Group allowed simulating a realistic case of air evacuation in the field by coordinating landing zones fit for the helicopter. The required procedures for evacuating a casualty within the period of the so-called “golden hour”, which offers a higher probability of survival of the casualty, were tested. In recent years, EUTM forces have participated in different courses, workshops and exercises regarding medical evacuation and recovery of people on the field. EUTM Mali has various means of evacuation, both military and civil, at its disposal to ensure the maximum operational force capabilities.