Posted at 17:29h in News by EUTM Mali Press
Share 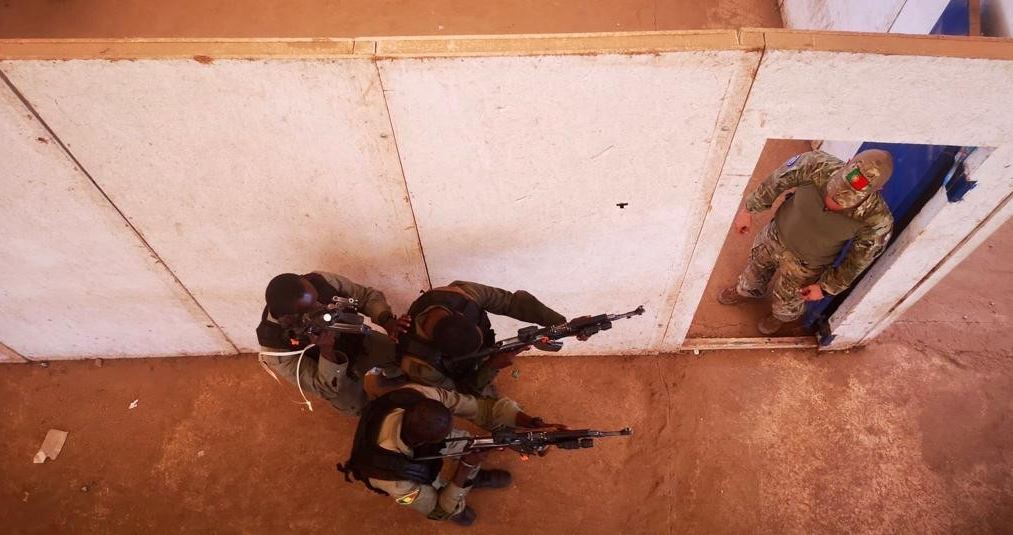 EUTM Mali deployed Education and Training Task Force (ETTF) trainers and Force Protection Group (FPG) elements from the 16th March to 03rd April 2020 to Bamako in order to support the training for Forces Spéciales Antiterroristes (FORSAT) at the Malian National Guard (MNG). This training took place over three weeks and it was attended by several trainees of the MNG.

The aim was to provide training to FORSAT to reach the necessary skills to undertake counter-terrorism operations, namely direct actions and hostage release operations. The main effort was to accomplish this by delivering advanced modules of Tactical Combat Casualty Care (TCCC), Combat Shooting and Military Operations in Urban Terrain.

The trainees learned that TCCC is designed to treat battlefield casualties in line with clinical guidance timelines in which the MARCHE Protocol has an important role: arresting hemorrhage by using tourniquets and hemostatic dressings as well as basic casualty management from point of injury to the evacuation platform. They also understood the principles of all military actions that are planned and conducted in complex terrain, where man-made construction affects the tactical options available to the commander. With this, they learned the advanced tactics, techniques, and procedures associated with fighting in built up areas.

The EUTM training efforts for FORSAT trainees would have significantly benefitted from more training time. It was, however, possible to introduce the training audience to the challenges that exist and the skillsets that are required in order to prevail in current operational environment.