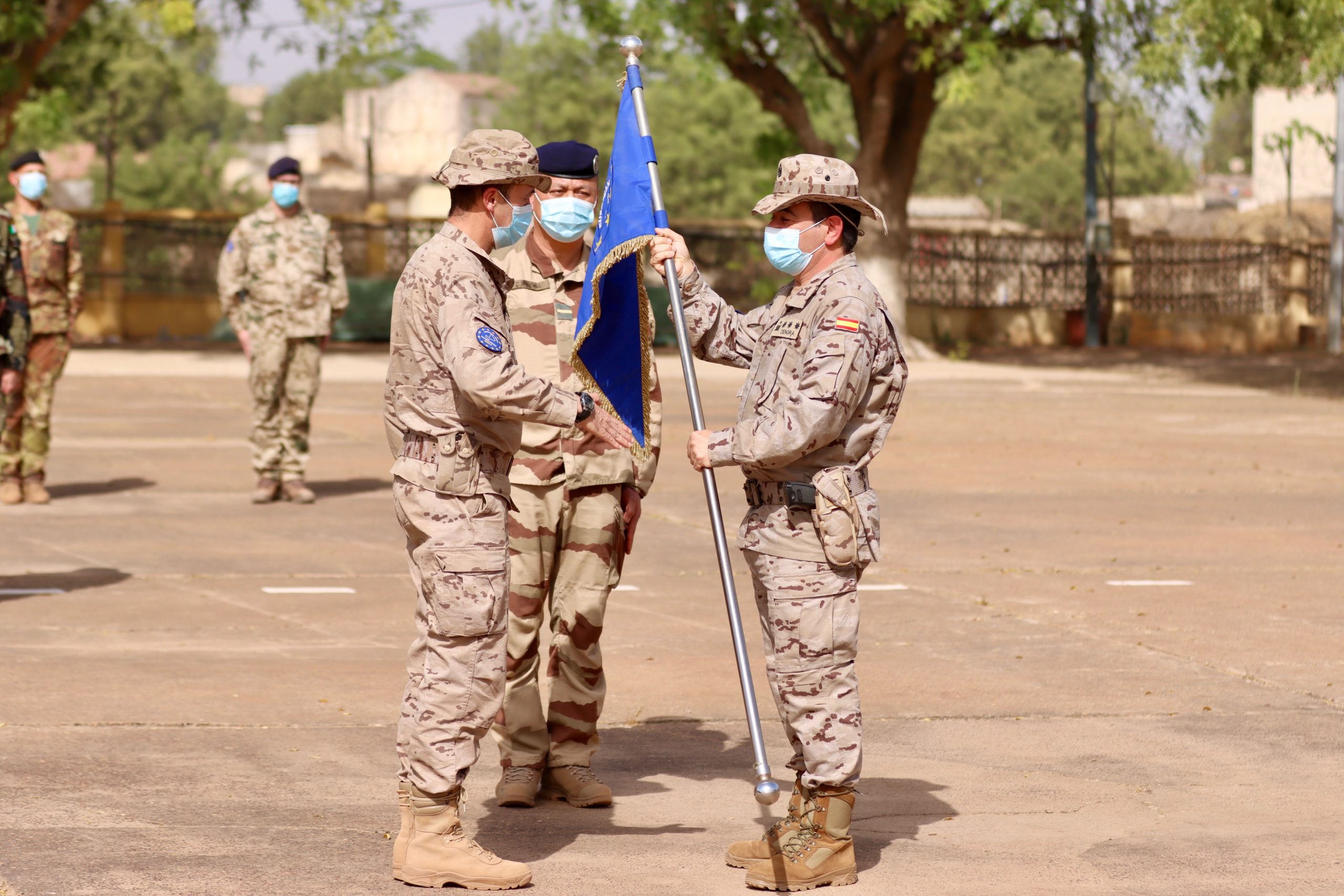 On January 22, 2021 in Koulikoro, Colonel Rafael Dengra Tello (Spain) took over as Head of the Educational and Training Task Force (ETTF).

The Colonel replaced Lieutenant Colonel San Martin who held the position on a temporary basis.

In his speech, the Colonel highlighted the work of the Force Protection Unit, the international cooperation between the different members of the contingent and his concern for the living conditions, morale and welfare of all personnel in the Koulikoro Training Camp (KTC).