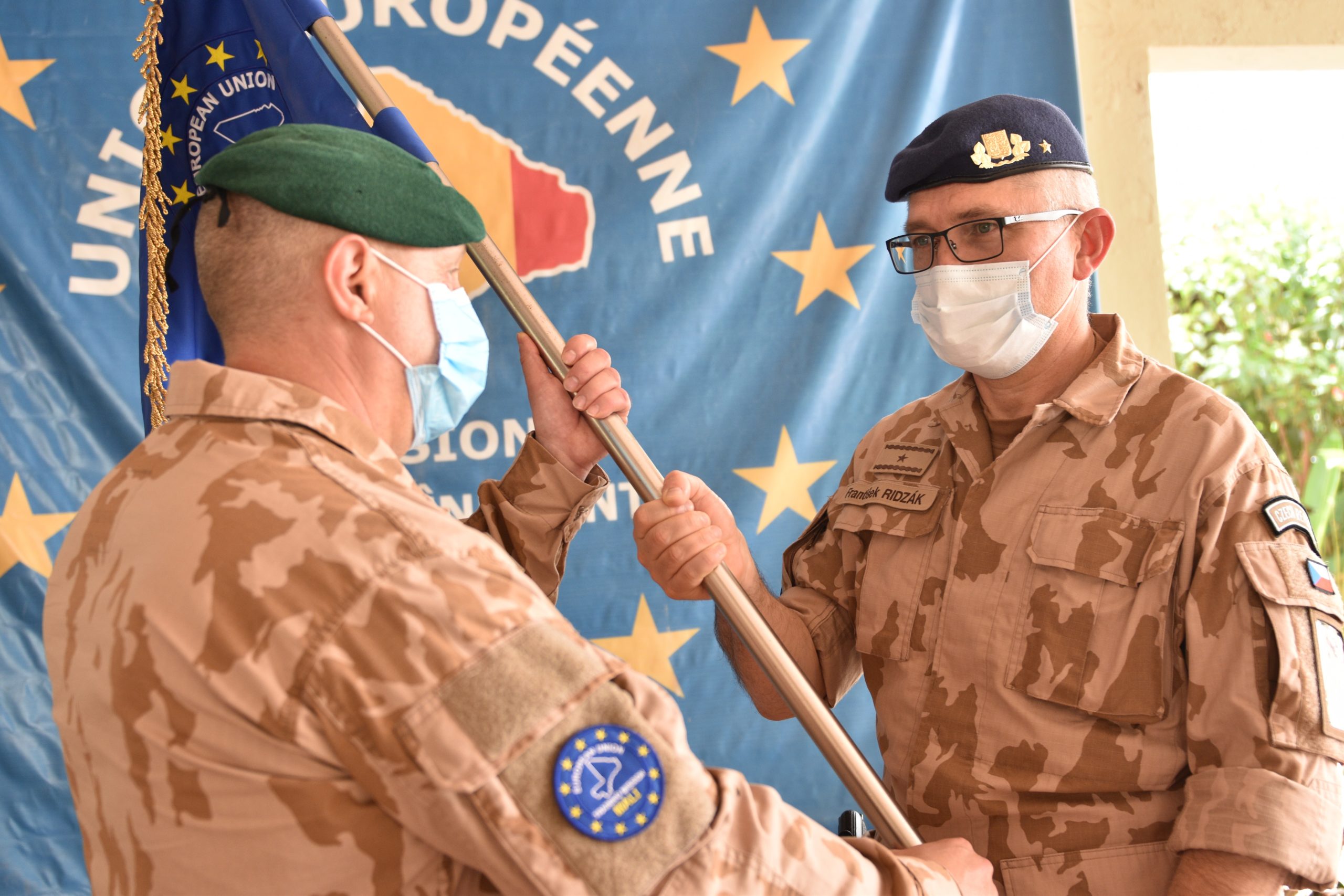 Before the ceremony, new MF Cdr conducted training inspection of ongoing Company Instructor Course for Malian soldiers. The ceremony started with the speech of the outgoing ETTF Commander and also included the speech of the EUTM Mali MF Cdr, as well as the award of the Common Security and Defence Policy Service Medal to Colonel Jesus Campuzano Santa Teresa. Brigadier General František Ridzák thanked the outgoing ETTF Commander for his outstanding military leadership and professional qualities that are well worthy of recognition. The EUTM Mali MF Cdr also highlighted the strong links forged with the Malian authorities and all necessary coordination ensured by Colonel Jesus Campuzano.

During his speech, Colonel Jesus Campuzano Santa Teresa mentioned two complementary approaches performed throughout his command to support Malian partners: On one side EUTM Mali have continued training the trainers of the Malian Armed Forces and also with the specialised courses to build up their autonomous capability for training. On the other side, EUTM Mali implemented, in real life, the Pre-Deployment Training concept to contribute to the Malian determination to deploy their units in the best possible conditions to the operation area.

The corresponding change of command of ETTF, was carried out with the handing over of the ETTF ensign by Brigadier General František Ridzák to Colonel Martin Botik. At the end of the ceremony, Colonel Martin Botik stated that he took the command of ETTF with respect and that he would prioritise the resumption of all training activities at KTC, in the immediate future.