Posted at 17:03h in News by EUTM Mali Press
Share 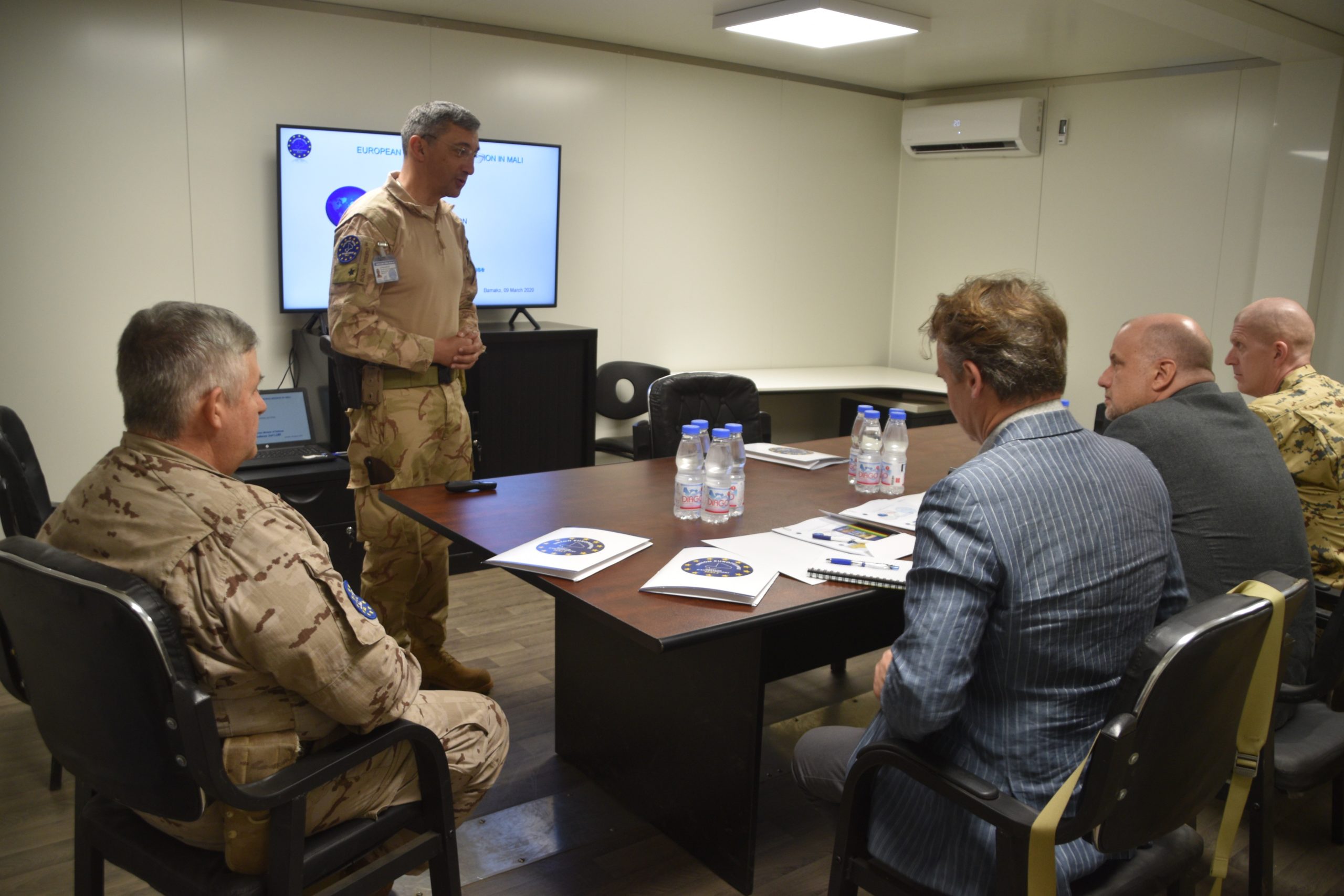 On Monday 09 March 2020, the Estonian Minister of Defence, Jüri Luik, travelled to Mali to meet the Estonian troops serving in the European Union Training Mission (EUTM) Mali and to conduct meetings with the main political and diplomatic authorities of the country.

To meet and welcome him at the Koulikoro Training Camp (KTC) was the EUTM MALI Mission Force Commander (MF Cdr), Brigadier General João Boga Ribeiro. Later he had an office call with the MF Cdr where he received a national briefing and an overview of the EUTM Mali training and advisory tasks that take place in the different mission locations. The MF Cdr also used the opportunity to bring the Estonian Minister of Defence up to speed on the current situation and the challenges in Mali and the Sahel region as a whole. The last leg of his visit saw the Minister be with the EUTM Mali Estonian Contingent present on the KTC.

From there he was involved in high-level meetings with the President of the Republic of Mali, Ibrahim Boubacar Keïta and with the Ambassador of the European Union to Mali, Mr. Bart Ouvry.