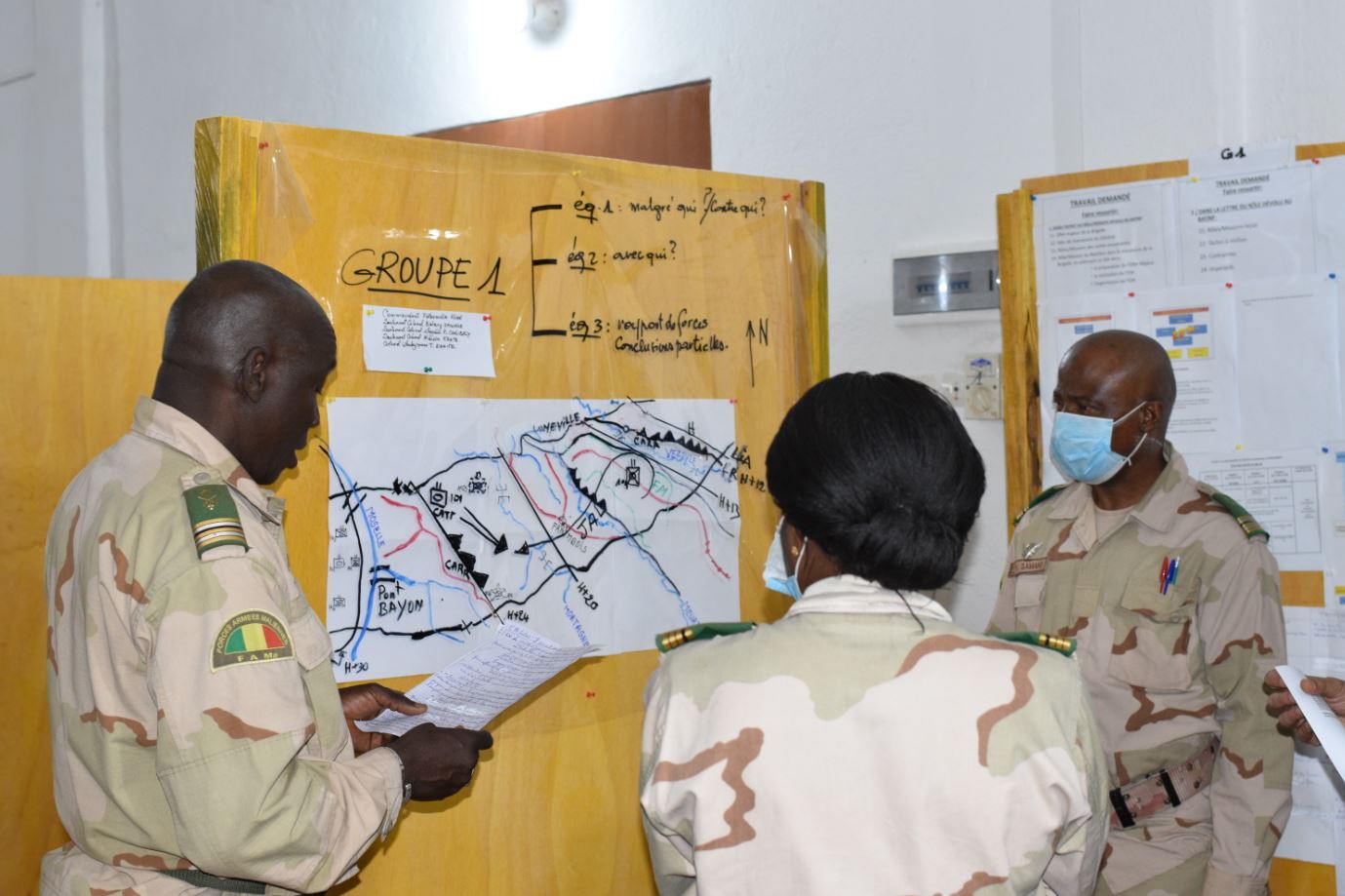 On March 4, 2021, the Malian trainee officers of the first promotion of the Staff Certificate (C.E.M.) carried out the final restitution of the “PANDA” exercise, an operational planning exercise based on the Operational Decision Making Method (MEDO).

Indeed, for several weeks, the students were put in a specific action: they had to reason as a Chief of Operations of an infantry battalion and its constituent cells. By applying the typical MEDO sequence, they took into account all the reflections based on the mission, the field, the conditions of engagement, etc.

The restitution conducted by the trainee officers is in fact the result of everything they have been taught since the beginning of the exercise. Moreover, it is intended to enable them to hold a position as a drafting officer within an operational staff. They reasoned at the level of the All Arms Tactical Group (A.A.T.G.), a force predominantly infantry or armoured and reinforced by various supporting units (engineers, artillery).

In addition, the trainees applied the operational procedures and thus presented a situation leading to a tactical solution.

This presentation was marked by the presence of authorities representing the Malian Armed Forces (FAMa) such as COL SAMAKE, Chief of the “Training” Division of the General Staff of the Armed Forces, COL SOGOBA, Director of the NCO School, COL LALENTA, Director of Prytanée, COL SYLLA, Director of the C.E.M. course and COL HENKINET, Head of the ” Advisory ” pillar of EUTM Mali. They were able to appreciate the progress made by the students and the results obtained in terms of the acquisition of specific tactical knowledge.

The trainee officers are now armed in order to apprehend the next exercise in the baptismal name “KOUROUMARI”. This name designates, in particular a river in Mali, the next training ground where they will be able to improve the knowledge acquired during “PANDA”.