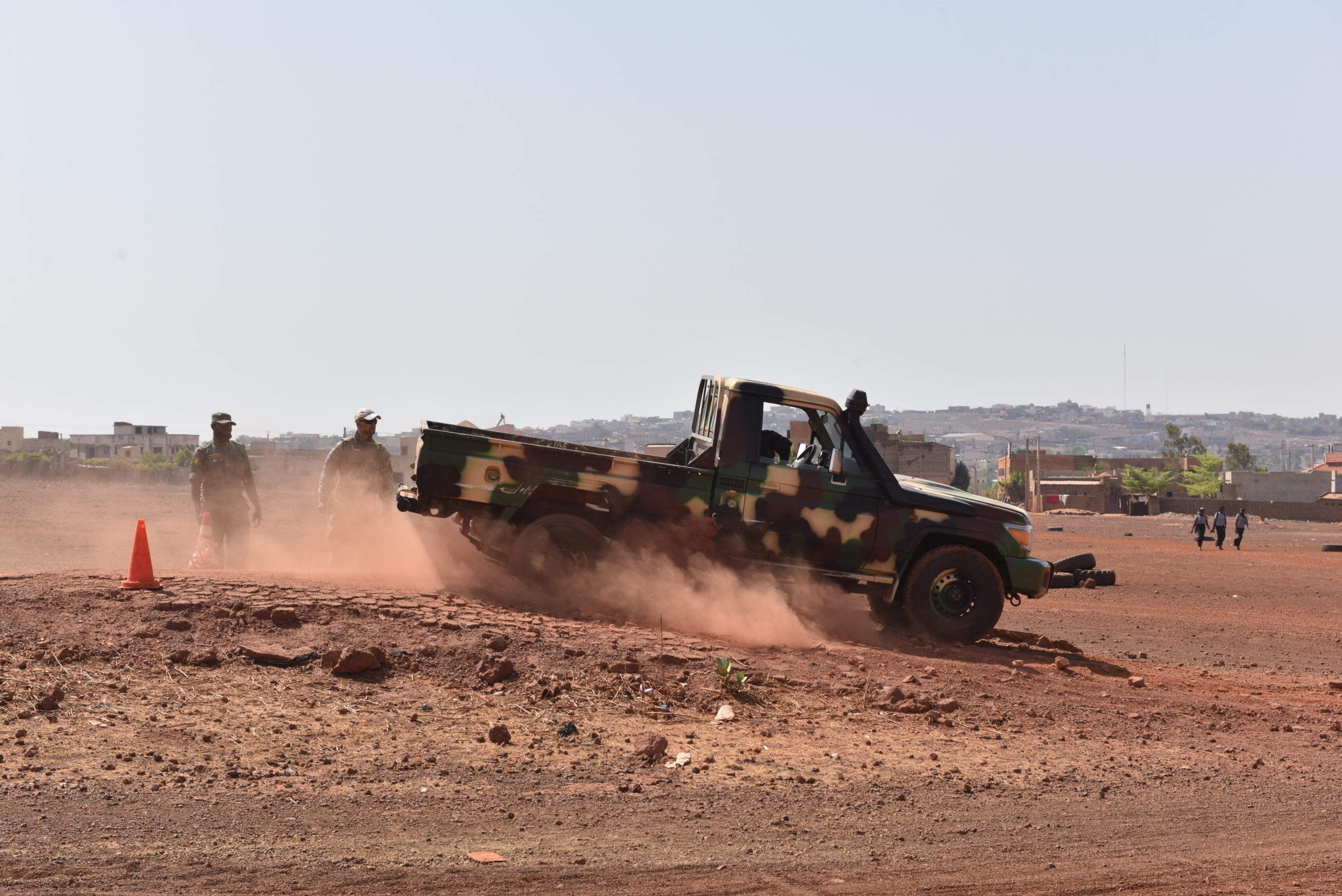 The opening ceremony took place on April 19th and was chaired by Colonel SERME (Chief Ops of MLI Army Staff) and Colonel HENKINET, the Commander of the EUTM Advisory Task Force (ATF).

During this time, a team of three EUTM instructors from KOULIKOURO passed their expert knowledge in driving to the FAMa trainees, comprising a theoretical part but focusing mainly on the development of practical skills that sought to puts the drivers in situations quite identical to those of real operations, including a large component of off-road driving.

The soldiers of the Malian army were very motivated and shown a high interest in everything they were taught, proving to be up to the task.

On May 7th, at the end of the three weeks of training, the new generation of Malian Driving Instructors, received their diplomas in a closing ceremony chaired by Colonel-Major KONE, and Colonel BOEDDEKER, Deputy Commander of EUTM Mali.