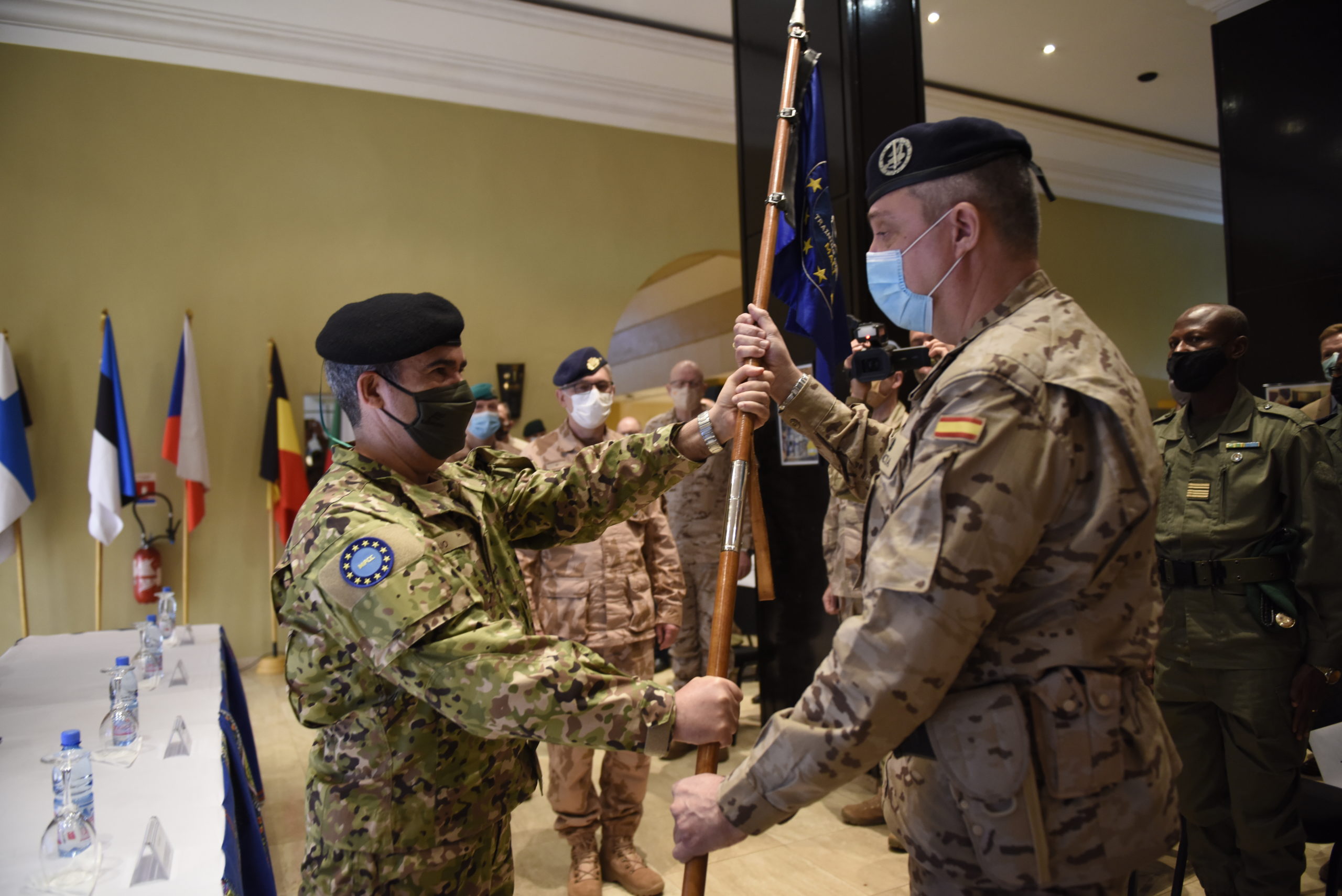 The official CoC ceremony was held in the presence of the Deputy Director of the Military Planning Conduct Capability from the European Union (EU), Major General Herminio Maio (Portuguese Army); Ambassador of the EU to Mali, His Excellency Bart Ouvry; Chief of the Army General Staff of Mali, Brigadier General Oumar Diarra; Chief of Defence of Spain, Air Force General Miguel Ángel Villarroya Vilalta; Joint Operations Commander from the Czech Republic, Lieutenant General Josef Kopecký; among other various civilian and military entities. The Heads of Mission of MINUSMA, BARKHANE and EUCAP Sahel Mali, and the European and African Diplomatic Corps accredited in Bamako also attended the ceremony.

The ceremony started with an honor to the fallen soldiers and included the speeches of General Ridzák, General Gracia, and the Ambassador of the EU, as well as the award of the Common Security and Defence Policy Service Medal for Extraordinary Meritorious Service on Brigadier General František Ridzák.

During his speech, General Ridzák thanked all the attendance for come to this solemn moment and stated that despite of the unprecedented problems, the mission was finally able to launch the extensive training in several places in the centre of Mali simultaneously. “All this gives me the feeling that we can be proud of our operational achievements. Of course, these successes can be attributed to the excellent relationship, support and advice of the partner forces. In this context, I salute the energy and commitment of my staff, the Advisory Pillar, the Education and Training Pillar, the Protection Force, and our medical units. Finally, I would like to thank all the EUTM contributing nations that have been the driving force behind our redeployment and the effective commitment of the mission in its new mandate,” he concluded.

General Gracia, in his speech, after thanking and acknowledging his predecessor for the work and effort he had made during his mandate, pointed out his firm commitment to continue working to maintain the ties established with the Malian civilian and military authorities. He also stressed EUTM Mali’s commitment to continue working closely with the Malian Armed Forces so that they can provide his country with a secure environment that facilitates Mali’s prosperity.