BETWEEN STREETS AND BUILDINGS

26 Feb BETWEEN STREETS AND BUILDINGS

Posted at 08:06h in News by EUTM Mali Press
Share 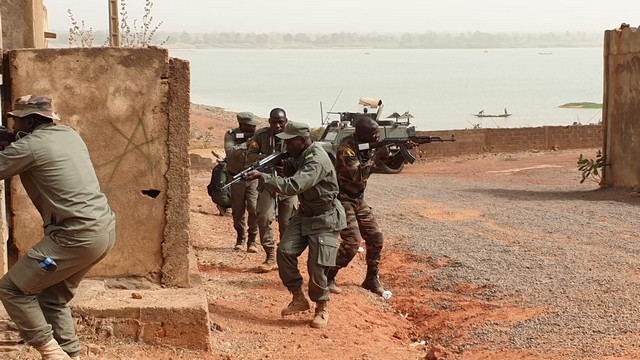 The MOUT (Military Operations on Urbanized Terrain) Instructors Course conducted at the Koulikoro Training Camp (KTC), took place over four weeks and attended by several trainees of the Malian Armed Forces (MaAF). The aim of the course was to teach the principles of all military actions that are planned and conducted in a complex terrain where man-made construction affects the tactical options available to the commander. The trainees learnt the basics tactics, techniques, and procedures associated with fighting in built up areas. This was underpinned by learning instructional skills in order to allow them to instruct their fellow soldiers on their return to unit.