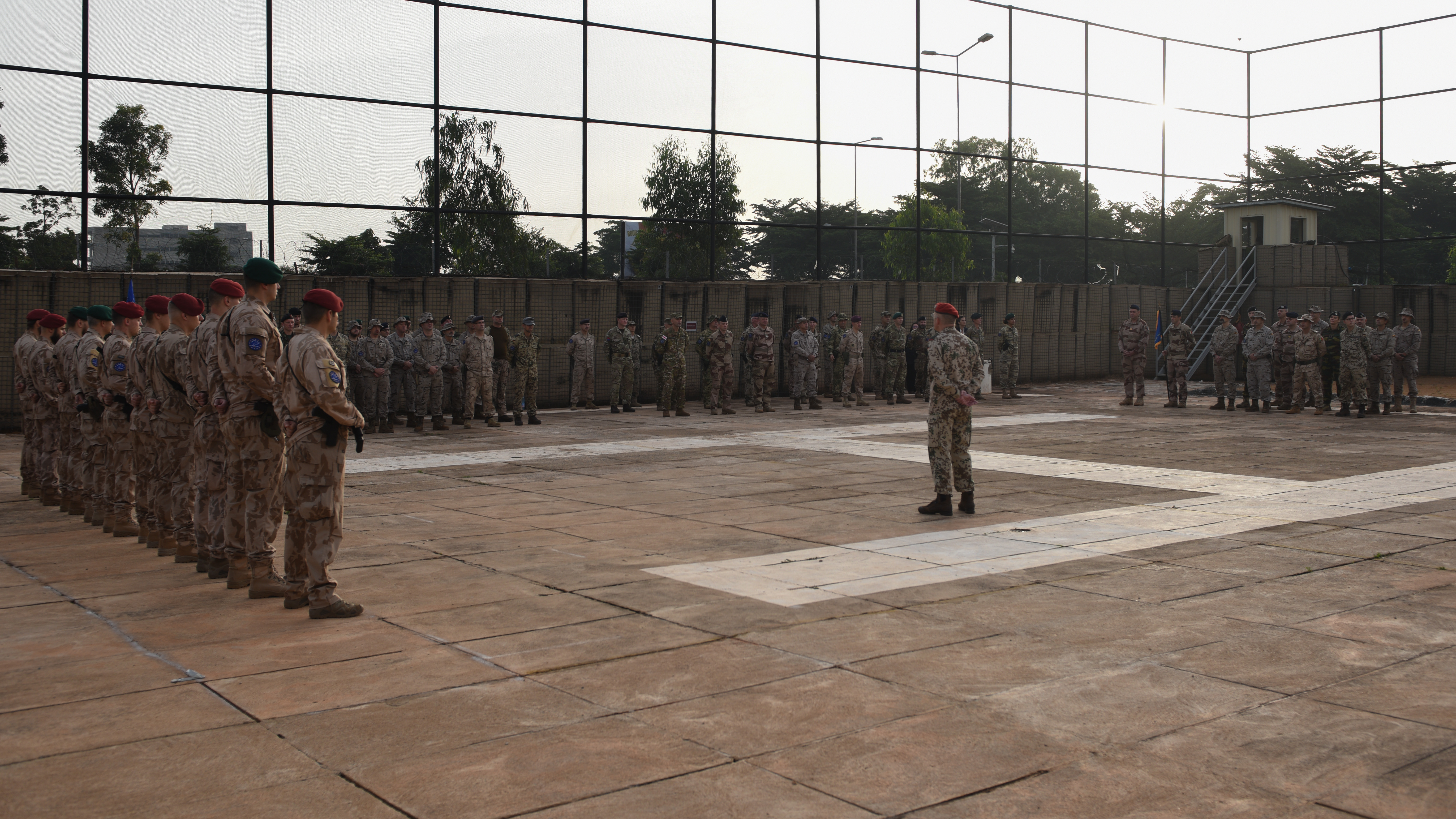 On the sixteenth of October, after four months in charge, Col. (OF5) Richard handed over the command of the Advisory Task Force to Col. (OF5) Chipot. The Change of Command was followed by a Medal Parade for EUTM Mali service members who have been serving here for the past four to six months.