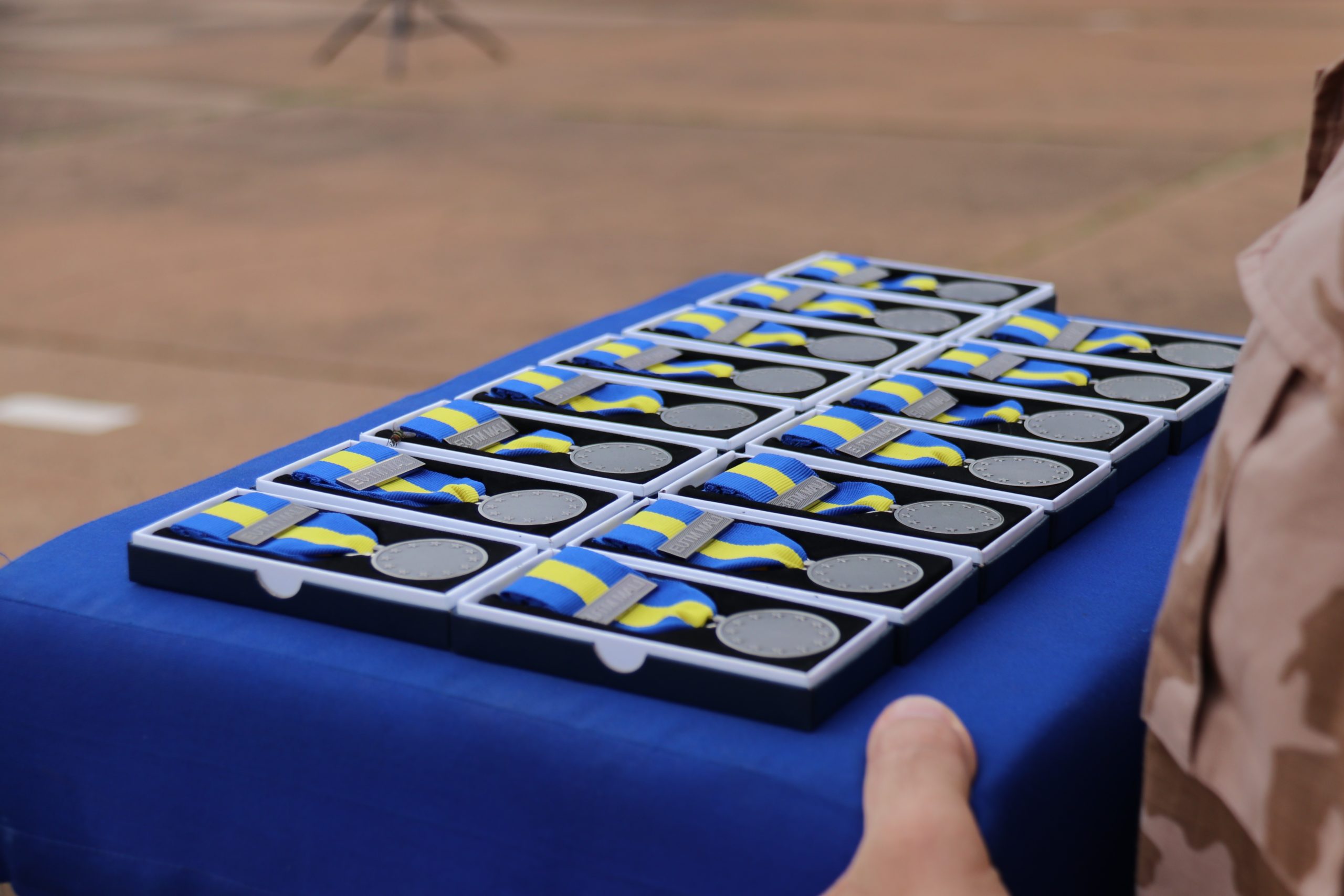 A Medal Parade took place in the Koulikoro Training Camp on July 29, 2020. The ceremony was presided over by the Education and Training Task Force Commander (ETTF Cdr), Colonel Martin Botik. Several EUTM Mali members were awarded the Common Security and Defence Policy Service Medal in recognition of the outstanding performance and hard work shown during the Mission.

The ETTF Cdr stated that this medal will remain with them throughout their careers as a reminder of their EUTM service in Mali and also to mark their commitment through the deployment. The ETTF Cdr concluded by congratulating the 47 personnel awarded and he wished those of them who are leaving the mission area in the near future a safe journey home.