EUTM Mali | AN OPENING WITH SAFETY IN MIND
23450
post-template-default,single,single-post,postid-23450,single-format-standard,ajax_fade,page_not_loaded,,qode-child-theme-ver-1.0.0,qode-theme-ver-9.4.1,wpb-js-composer js-comp-ver-4.12,vc_responsive

AN OPENING WITH SAFETY IN MIND

06 Jan AN OPENING WITH SAFETY IN MIND

Posted at 17:58h in News by EUTM Mali Press
Share 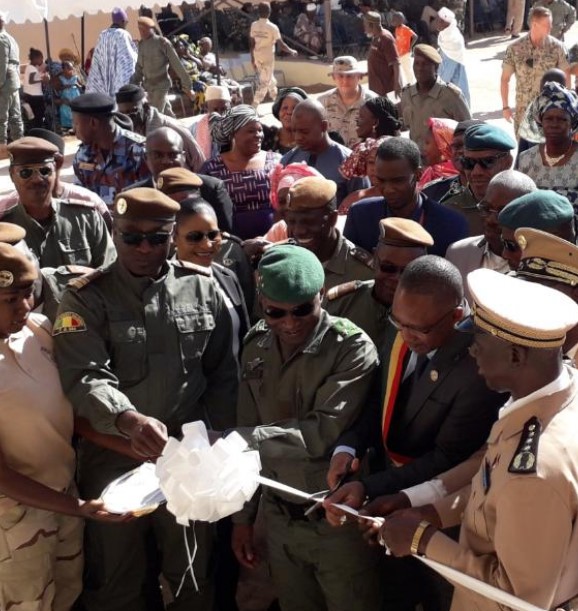 The Ceremony that heralded the opening of a new building that will house the Second Regional Group of the National Guard of Mali in Koulikoro, took place 31 December 19.  The Ceremony drew many important dignitaries, headed by the Minister of Security and Civil Protection of Mali, Major General, Salif Traoré. It was also attended by the Governor of the Region, Débérékoua Souara, the Mayor of the Commune of Koulikoro, Eli Diarra, and the administrative and security managers. Representing EUTM Mali was the ETTF Commanding Officer in Koulikoro, Jesús Campuzano.

The two-storey building, with its modern infrastructure, will assist the Malian National Guard in improving security activities in Koulikoro. The Malian National Guard itself is a multi-purpose military force with a presence throughout the territory and close proximity to the civilian population. It carries out both police and military missions and as such its members participate in all training activities with EUTM MALI that are aimed at improving the capabilities of the Malian Armed Forces.