EUTM Mali | ALL LINKED, ACCENT ON THE FUTURE
23462
post-template-default,single,single-post,postid-23462,single-format-standard,ajax_fade,page_not_loaded,,qode-child-theme-ver-1.0.0,qode-theme-ver-9.4.1,wpb-js-composer js-comp-ver-4.12,vc_responsive

ALL LINKED, ACCENT ON THE FUTURE

07 Jan ALL LINKED, ACCENT ON THE FUTURE

Posted at 16:05h in News by EUTM Mali Press
Share 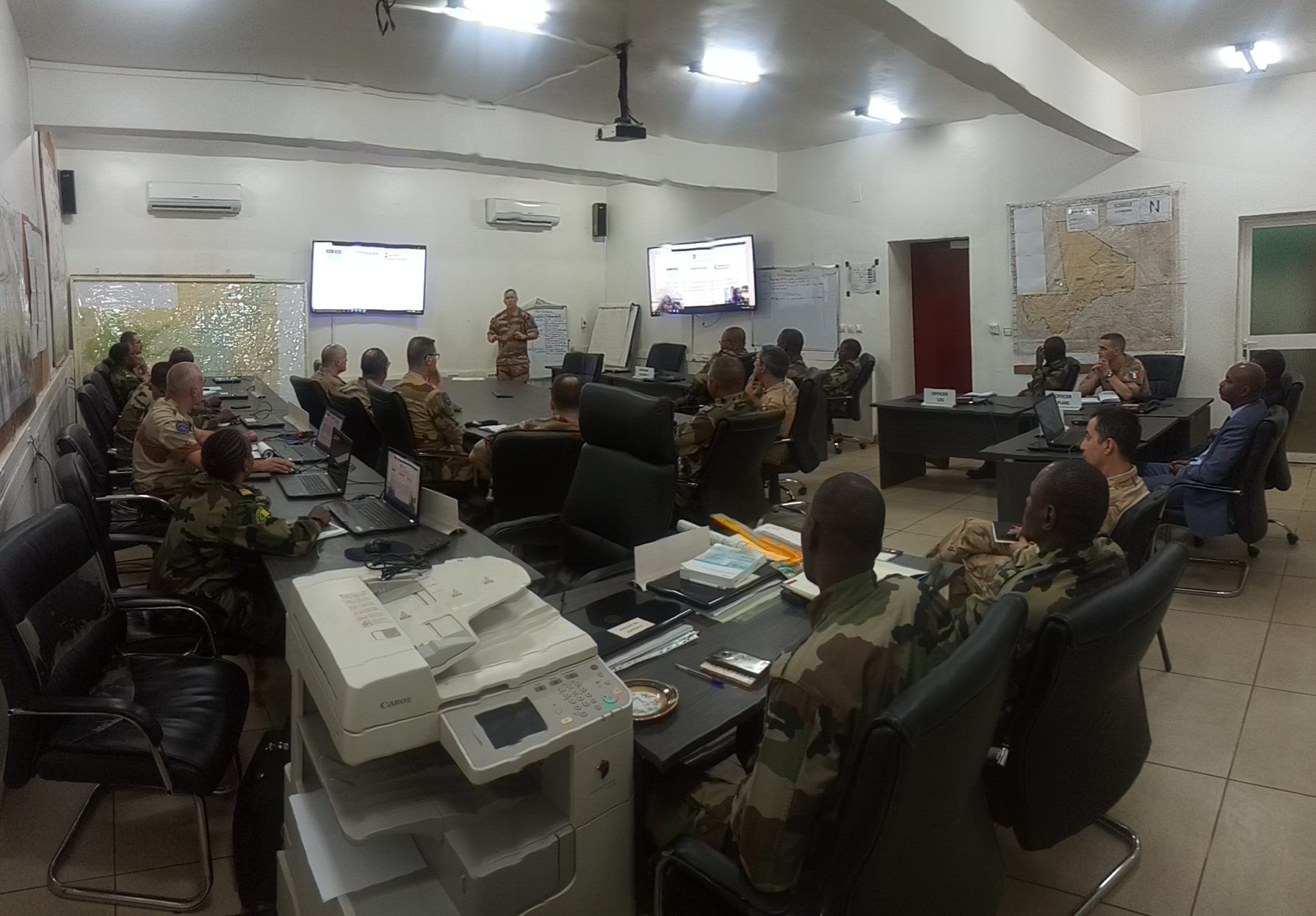 A new Command and Control system was presented last week in December at the Joint Operations Centre in Bamako by Colonel-Major Diallo, in the presence of EUTM MALI Force Commander General Ribeiro, to inform the Malian Armed Forces FAMa of the system’s capabilities. A leap into the future that will make it possible to conduct operations with a modern and effective command system.

During the presentation, the General Staff Operations Centre and the Army Operations Centre in Bamako were connected to the Military Regions of SEGOU, TIMBUKTU and GAO, and the Joint Theatre Headquarters Centre in SEVARÉ. This will provide the Malian Armed Forces with a Command and Control System (C2OPS) that will allow them to lead the forces during their missions.

This project, whose conception dates back to 2017 and whose implementation began in 2018, has been developed by the EUTM MALI in collaboration with the Malian company STRATEGIS, as an example of cooperation between the EUTM MALI and the country’s civilian companies.

The project has been financed by three EU member states; Belgium and Luxembourg in 2018 and Spain throughout 2019. It consists of the renovation and construction of some infrastructures in which the system, the hardware and software that is the core of the system and the communication media are installed to link the different locations in a cooperative environment that allows the exchange of information.

In order that both the users and the system administrator are adequately trained, EUTM MALI and STRATEGIS are joining forces to organise courses in the different locations.

This system is a milestone that brings the Command and Control Structure of the Malian Armed Forces into the 21st century and will definitely boost its performance in planning and conducting operations.