Posted at 19:52h in News by EUTM Mali Press
Share 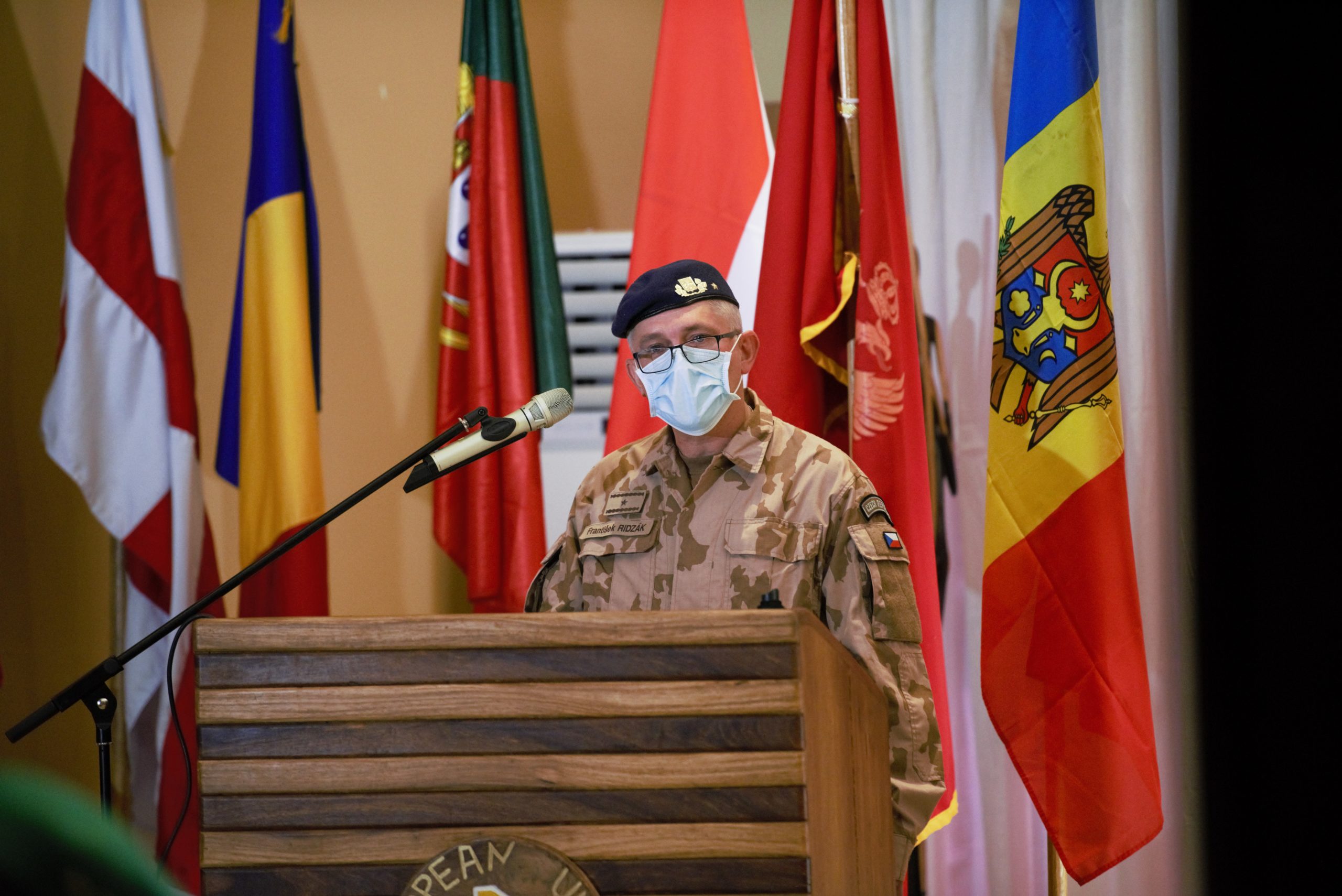 The Change of Command (CoC) ceremony of the EUTM Mali Mission Force Commander took place on 12 June 2020 at the EUTM Mali Headquarters in Bamako. The official CoC ceremony was held in the presence of the Chief of Staff of the Presidential Office, Division General Oumar Dao; the Ambassador of the European Union (EU) to Mali, His Excellency Bart Ouvry; the Deputy Chief of the General Staff, Brigadier General Adbrahame Baby; among other various civilian and military entities. The Heads of Mission of MINUSMA, BARKHANE and EUCAP Sahel Mali, and the European and African Diplomatic Corps accredited in Bamako also attended the ceremony.

During his speech, Brigadier General František Ridzák thanked all the attendance for come to this solemn moment and stated two main concepts: synchronization as key word for the success of EUTM Mali and togetherness, which should be translated by the synchronization of EUTM Mali members’ efforts. He finished saying that it is a true privilege for himself and for Czech Republic to command this prestigious mission.