A COURSE OF HIGH LEVEL

14 Jan A COURSE OF HIGH LEVEL

Posted at 19:29h in News by EUTM Mali Press
Share 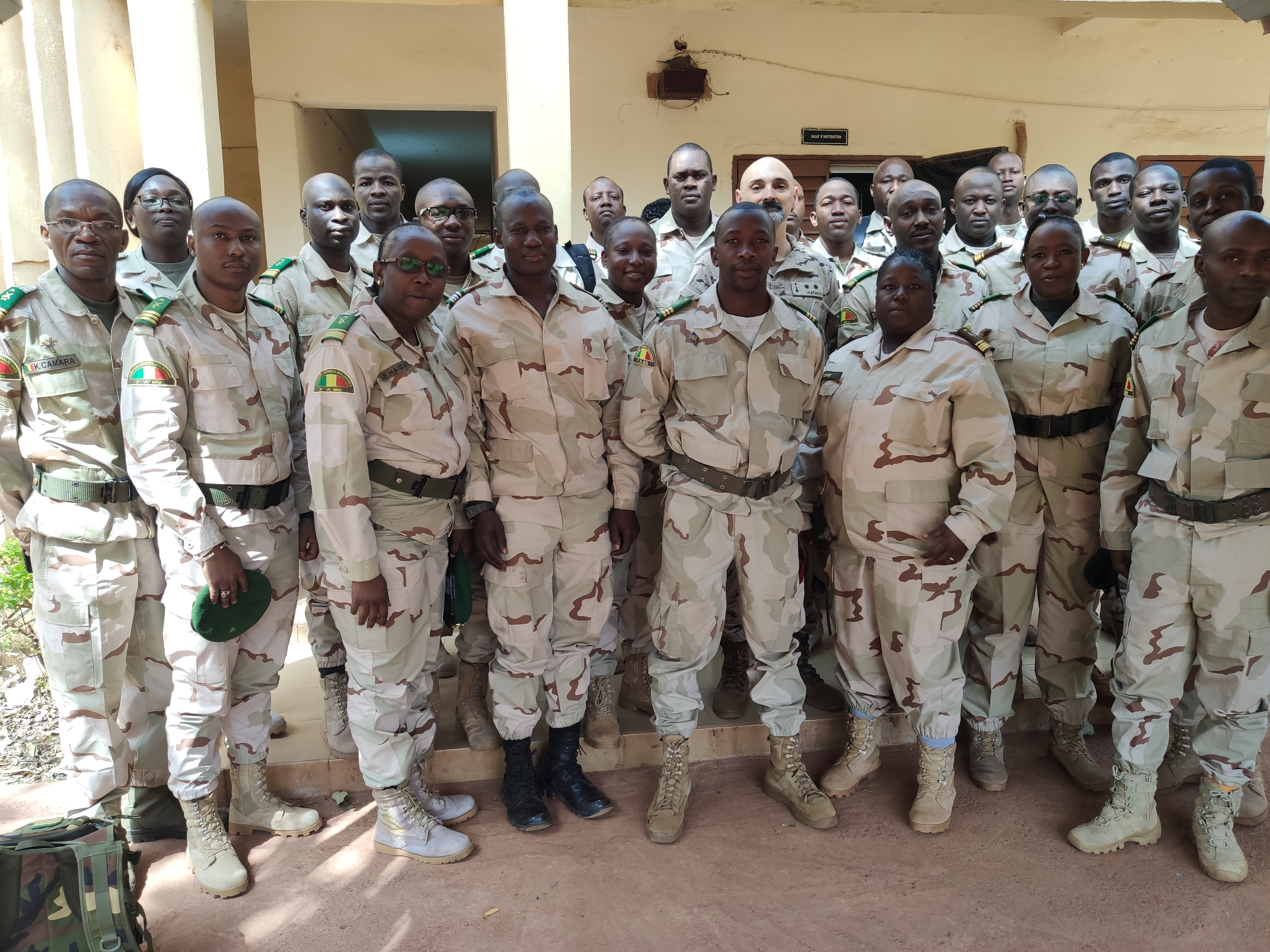 Three lectures were delivered by the Deputy Commander of the Advisory Training Force of EUTM Mali at the Military Schools Directorate (DEM), last 9 of January, to the 32 students (Captains and Majors) that are following the preparatory course previous to the Staff College Course in the Malian Staff College (EEMNK): a course of high level.

The Military Schools Directorate (DEM) is the one star command in charge of the direction of planning of military education. The military schools for Officers and NCOs are under its command.

The aim of the lectures was to give a general overview of International Organisations, covering UN,  EU and NATO origins, principles, evolution and broad functioning of these organisations, their interactions and finally, as a recapitulative example, the involvement of both UN and EU in the Sahel region was explained. The students showed great interest on the lectures and posed numerous questions.

Colonel-Major DIARRÁ, currently Chief of the DEM thanked EUTM MALI participation in the course and expressed the interest of the DEM to deepen the cooperation in the future.