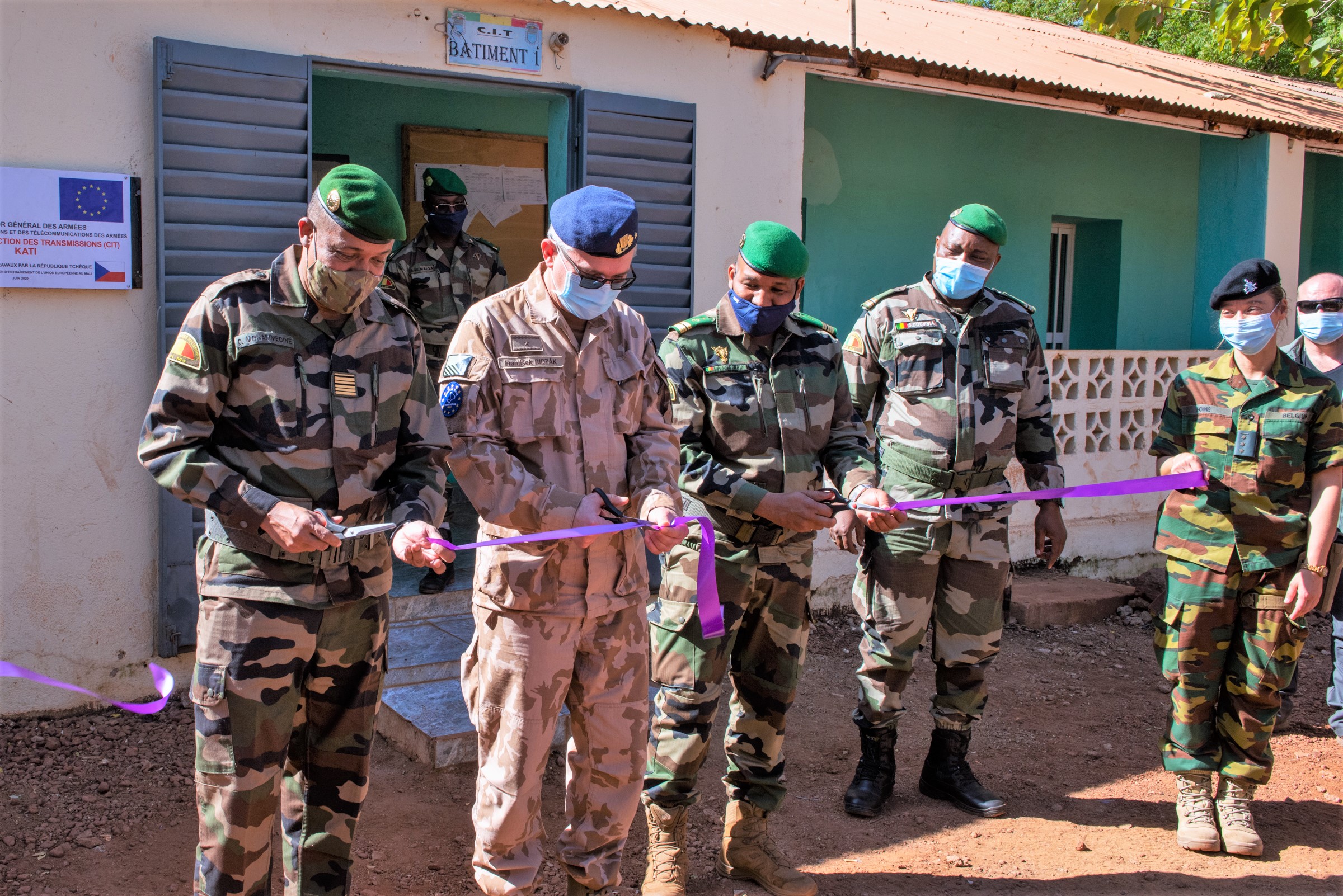 On January 7 2021, in the presence of EUTM Mali and FAMa officers and contractors, General František RIDZÁK, Mission Force Commander of EUTM Mali, Colonel Daoud Aly MOHAMMEDINE, Deputy Chief of General Staff of the Armed Forces and Colonel Elhalifa COULIBALY, Director of Transmissions and Telecommunications of the Armed Forces proceeded to the inauguration of the Transmissions Training Centre.

Financed by the Czech Republic to the amount of 65 million CFA francs, EUTM Mali had the Kati’s Transmissions Training Centre renovated in 2020. The work took eleven months and was completed at the end of November.  In addition to the construction of the surrounding wall and the gate, this project involved the complete renovation of two instruction rooms, the duty room, the server room and the computer room. Moreover, the computer and teaching equipment, as well as the furniture and air-conditioning necessary for the smooth running of this training center have been delivered.

After the inauguration, the authorities visited the renovated Centre, which was presented to them by its director. This Transmissions Training Centre now welcomes Officers, Non-Commissioned Officers and soldiers for training.