Spanish General Ortiz-Repiso takes over the Command of EUTM Mali

Posted at 17:40h in News by EUTM Mali Press
Share 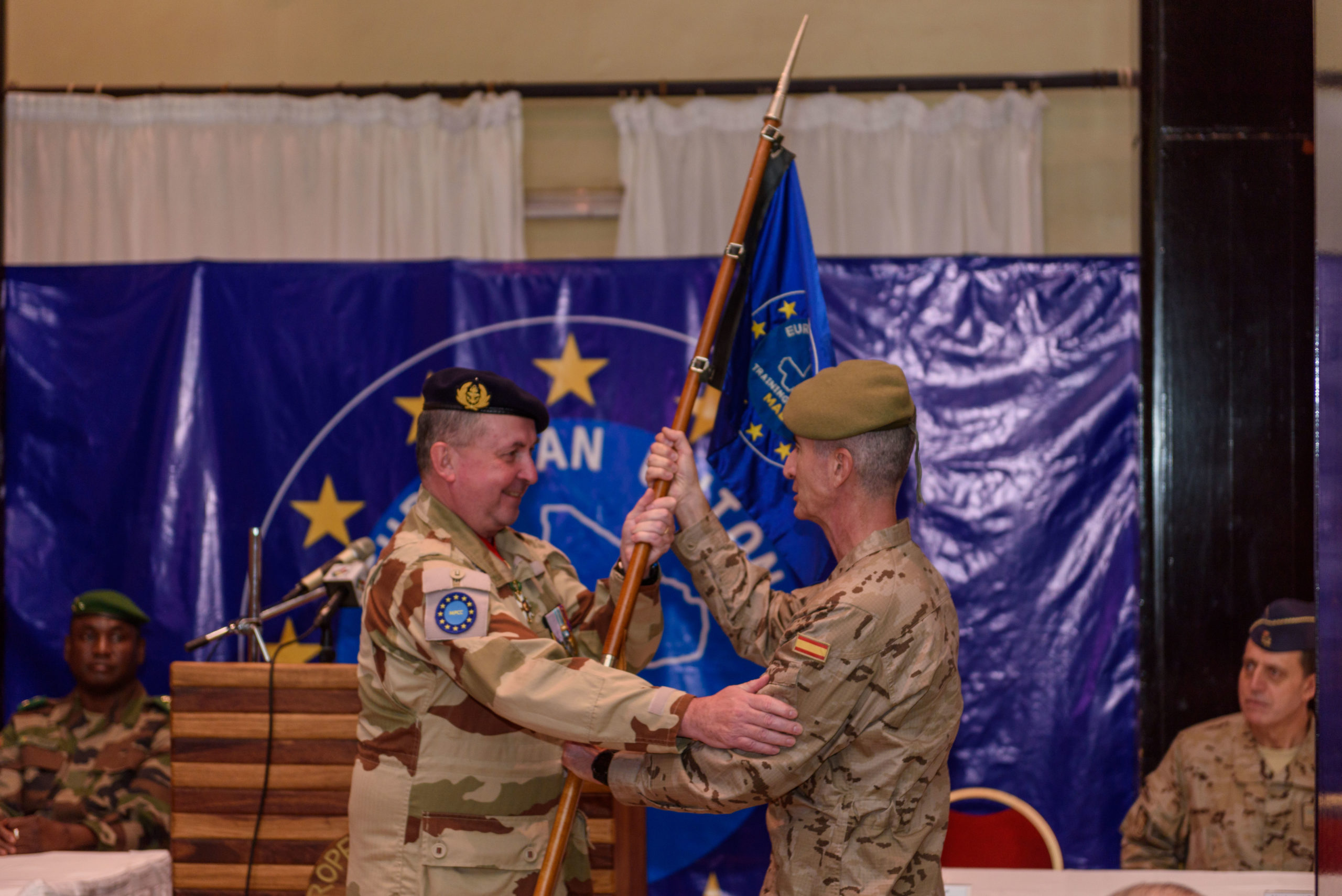 An event that will mark the mission in EUTM MALI took place this Friday 16 December 2022, the act of transfer of authority of the Mission Command between Brigadier General Radek Hasala from the Czech Republic who hands it over to the Spanish Brigadier General Santiago J. Fernandez Ortiz-Repiso at the EUTM Mali Head Quater in Bamako, capital of Mali.

The Change of command began with a ceremony for the fallen soldiers and continued with speeches of Admiral Bléjean and General Hasala. Outgoing commander was awarded by the European Security and Defense Policy service medal for outstanding merits during the mission.

General Hasala emphasized that his mission has been to ensure the continuity of the European Union’s support to the Malian people by contributing to the stability and prosperity of Mali.

Finally, General Ortiz-Repiso stressed the idea of remaining in the mission with dynamism, initiative, resilience and determination. He expressed his full willingness to be at the service of the mission and all its members. He thanked General Hasala for his commitment to the mission and highlighted the magnificent relief he had given him.