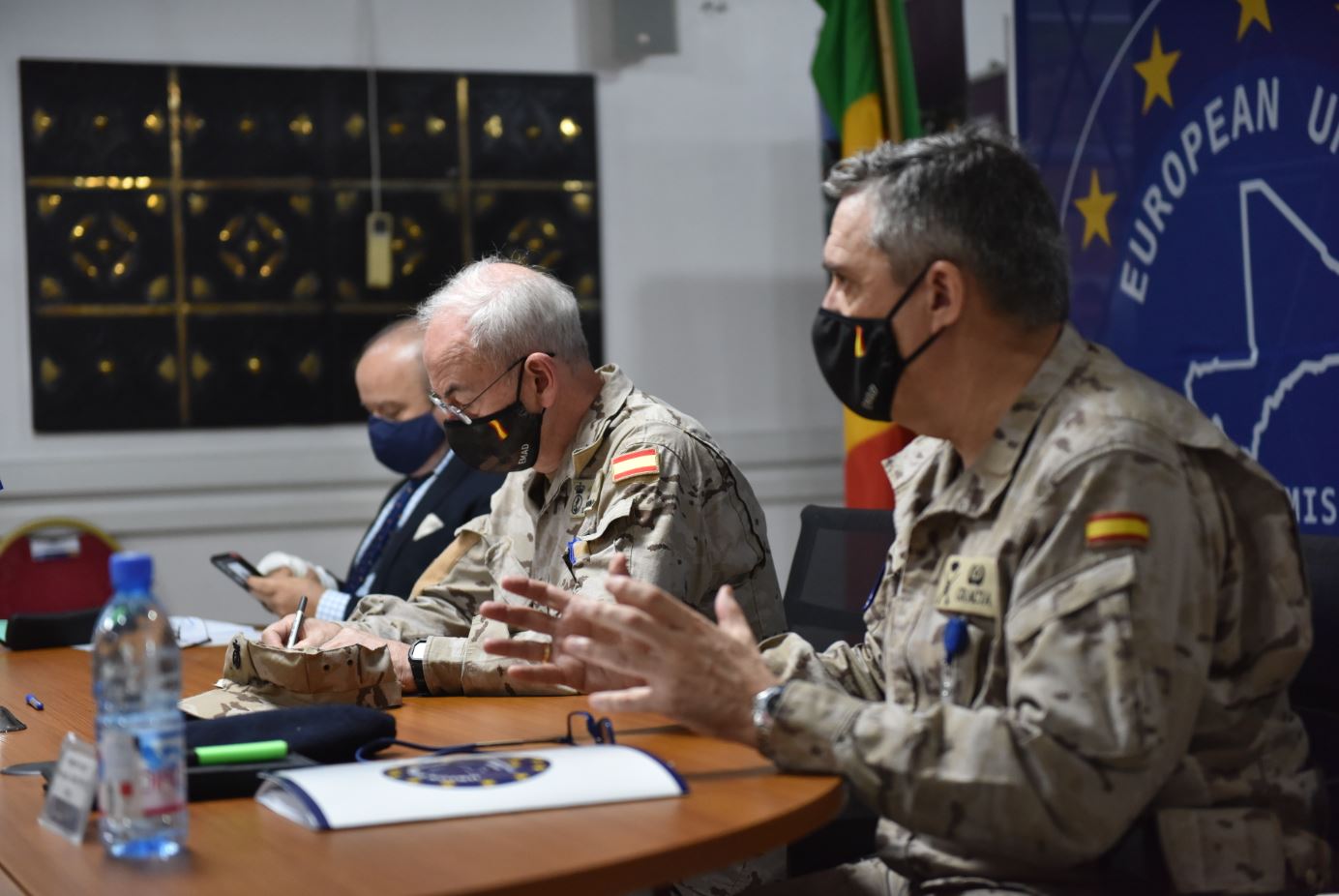 In the Tombuctu room Admiral Lopez Calderon attended an office call with Brigade General GRACIA. The Mission’s unique capabilities and role within the European Union’s comprehensive approach was the theme of the mission brief, followed by a presentation by the Chief of Staff Colonel Perez Ucha. Afterwards the Admiral signed the EUTM honor book and proceeds to the exchange of protocol material.

During the following office call, General Diarra explains the general needs of the Malian Armed Forces and their final objective “to be autonomous in order to guarantee the security and integrity of the country”. The Spanish Admiral affirms that Spain’s commitment is firm and aligned with this objective. He underlined that Spain will increase its efforts in the contribution that it has been made to the EUTM Mali. It ended with the exchange of protocol material.

The visit finished with a group photo, and the Malian Armed Forces communication department addressed two questions to the Spanish CHOD. The first, regarding the purpose of the visit and the second about the general topics discussed with General Diarra.

After that, Colonel Traoré, Malian Base Chief welcomed the delegation in his office. He highlighted the good relations of the military and civilian personnel of the KTC with the Spanish contingent, being the most numerous and the one with which they have the best and most contact on a daily basis. The Spanish CHOD underlined the importance of the mission for Spain and the European Union in order to improve the stability of the country, the training of the Malian armed forces and the recovery of control in the most conflictive areas.

Then, the CHOD was shown the different stabilization cells of ROLE 2E, among which there is a Spanish one, a Czech one and one of the company’s own. They explained how they work and how they are used in operations. The visit finished with a small demonstration of the transfer of a patient from the aero-evacuation helicopter to the emergency unit, the different facilities and capabilities of IQARUS were shown.