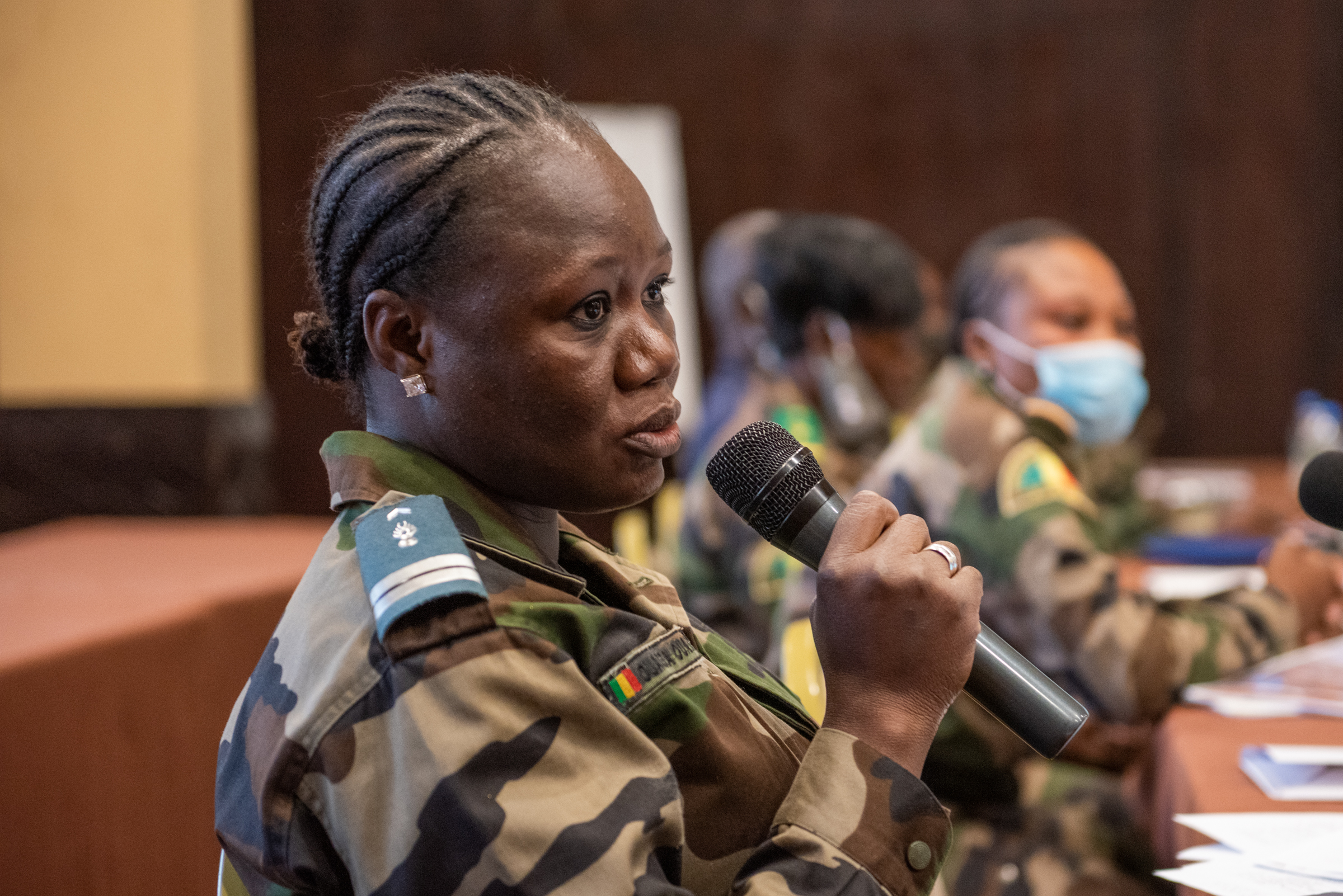 The Ministry of Defence of Veterans Affairs (MDAC) in collaboration with the staffs, directorates, services of the Malian Armed Forces and technical support of the European Union Training Mission Mali (EUTM Mali) created a working group on promotion of gender within the Malian Armed Forces at their joint meeting. The establishment of this working group is the result of intensive and unique cooperation on gender mainstreaming in the last six months.

The meeting was presided by Brigade General Frantisek Ridzák, EUTM Mali Mission Force Commander, and Colonel Major Faraban SANGARE, Chief of Staff of the MDAC. Brigade General Ridzák on this occasion encouraged participants to work on advancement of the “Women, Peace and Security” Agenda, in order to institutionalise the gender concept at the level of the MDAC / Malian Armed Forces and by taking into account the specific needs of female personnel and those physically or psychologically wounded in war. He recalled the positive collaboration and partnership between EUTM Mali and the Malian Armed Forces in the context of training and the restoration of the rule of law in Mali. Colonel Major Sangare emphasised the importance of launching this network and on the role that female military can play in the management of the crisis and the restoration of the rule of law. He invited EUTM Mali to increase initiatives to advance the “Women, Peace and security” Agenda at the level of the Malian Armed Forces. Colonel Major Sangare thanked EUTM Mali for its support within the framework of training and advising and for their accompaniment in the area of gender mainstreaming.

The round table was rich in sharing experiences, especially on the female employability and how to combine professional and conjugal life while meeting the challenges. Several military officers provided their own testimonies to the discussions about the commitment engagement of women in the armed forces and the role of the focal points. The participants shared their experience in a very open and pleasant atmosphere. Colonel Zaleha Abdoulaye, MDAC Gender Focal Point, presented the Malian National Action Plan on implementation of UNSCR 1325 for 2019-2024 and its Sectorial Action Plan at the MDAC level. Then, the participants were divided into four groups to discuss the status of its implementation within their respective structures and formulate recommendations. Finally, the Terms of References by which the regular meetings of this Working Group were adopted with the aim of undertaking a coherent and effective interventions and results-oriented approach.

The Working Group on the promotion of gender is composed of male and female representatives of the MDAC’s staff, directorates and services. EUTM Mali will provide expertise and technical assistance and will be represented by its human rights and gender advisor and other specialists and advisors. The working group will, inter alia, facilitate the regular sharing of knowledge, experiences and views on different gender related topics by taking into account specificities of different services and units, discuss the employability of female personnel and those wounded in war in the Malian Armed Forces; intensify cooperation on gender equality at the operational level and with external partners promote the effective participation of female personnel within the MDAC. It has an ambition to identify challenges related to career access and propose solutions to increase the representation rate. Moreover, it will focus on monitoring of the implementation of the National Action Plan of UNSCR 1325 at the sectorial level and on supporting joint initiatives on gender equality.