MORE THAN ONE ADVICE TO IMPROVE TRAINING

29 Dec MORE THAN ONE ADVICE TO IMPROVE TRAINING

Posted at 12:39h in News by EUTM Mali Press
Share 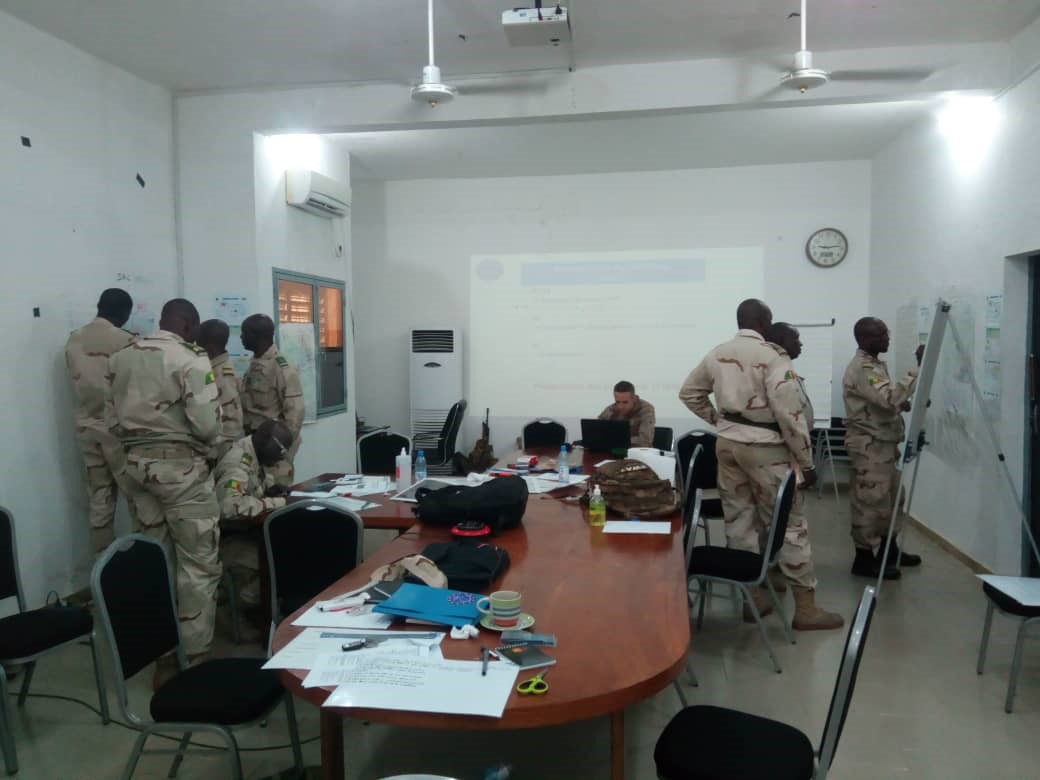 In Kati, a town in northern Bamako, the Military Regions Advisory Activity took place from 9 to 20 December.

This decentralized activity, which sits within the Advisory Task Force of the EUTM, aims to improve the formal training of Officers of the 3rd Military Region in a range of subjects.

The subjects covered had been agreed with the Commander of the Military Region based on what he perceived as his most outstanding needs. These included navigation, intelligence and force protection.

A team of four ATF officers carried out not only the educational preparation of the activity, but also all the logistical preparations that made it possible. The activity was held at the Military Region Headquarters located in KATI. It was attended by nine Officers belonging to various units including the Military Region Headquarters. “We continue to work with the Army of Mali to fulfill our mission”, said the Advisory Task Force officer.