Posted at 11:37h in News by EUTM Mali Press
Share 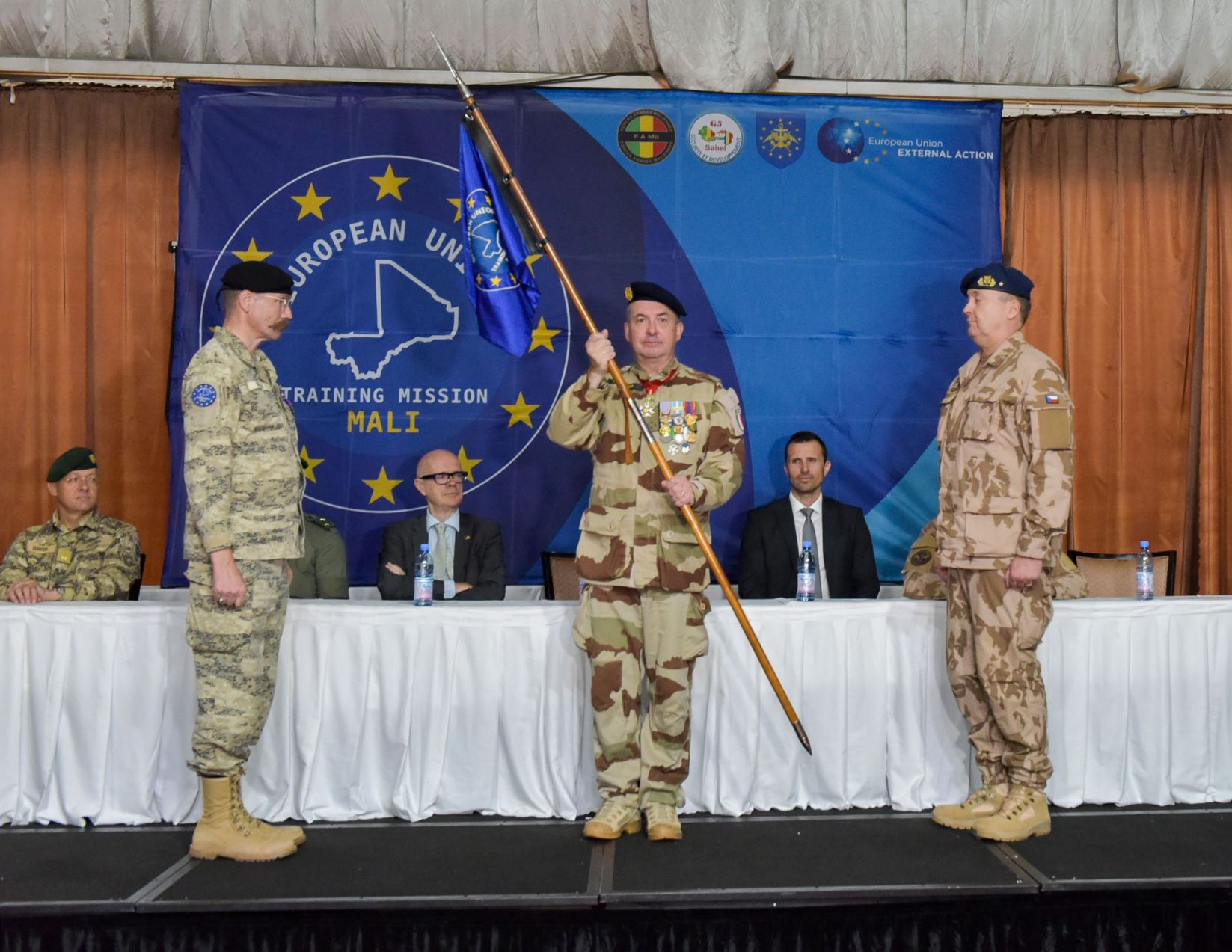 The Change of Command (COC) ceremony of the EUTM Mali Mission Commander, between Brigade General Christian Riener (Austria) and Brigade General Radek Hasala (Czech Republic), took place on 21 June 2022 at the Azalaï Salam Hotel in Bamako, the capital of Mali.

Vice Admiral Hervé Bléjean (France), Director of the Military Planning Conduct Capability of the European Union, conducted the ceremony of COC. Among the distinguished guests were representatives of Malian Armed Forces led by Chief of the Army General Staff of Mali General Major Oumar Diarra, Amasador of the EU to Mali, His Excellency Bart Ouvry, Deputy Minister of Defence of the Czech Republic Daniel Blazkovec or the Director of The Armed Forces Command for the Operations from Austria General Major Martin Dorfer and others.

The ceremony started with an honor to the fallen soldiers and included the speeches of General Bléjean, and General Riener, as well as the award of The Common Security and Defence Policy Service Medal for Extraordinary Meritorious Service on Brigadier General Christian Riener.

During his speech, Admiral Bléjean stressed the importance of EUTM Mali mission. “You can count on the full availability of myself and my teams to find the best technical solutions, within the framework of the mandate given to me by the political authorities, to be able to meet the needs of the armed forces of Mali,” addressed Admiral Bléjean the Malian representatives.

General Riener expressed his deep gratitude to all for a commitment towards common partnership, aims and engagement for Mali. “During my six-month tour, I focused on the needs of the Malian Armed Forces and the G5 Sahel. I wanted above all, to listen, to dialogue, and to share with those who invited us. Subsequently, it was essential to deepen cooperation with MINUSMA, BARKHANE, G5 SAHEL, EUCAP and many other actors in support of the Malian Armed Forces.”

In final speech, the new commander of the EUTM General Hasala thanked to General Riener for his hard work in favor of the mission. “During the nine years, the EU trained over 22 thousand Malian soldiers. The EU has stood by the Malians in their effort to build a confident and capable army ready to stand up to the enemy. In this sense, I do believe, the EU’s support to Malians has been crucial. But our work has not finished yet,” general Hasala declared.