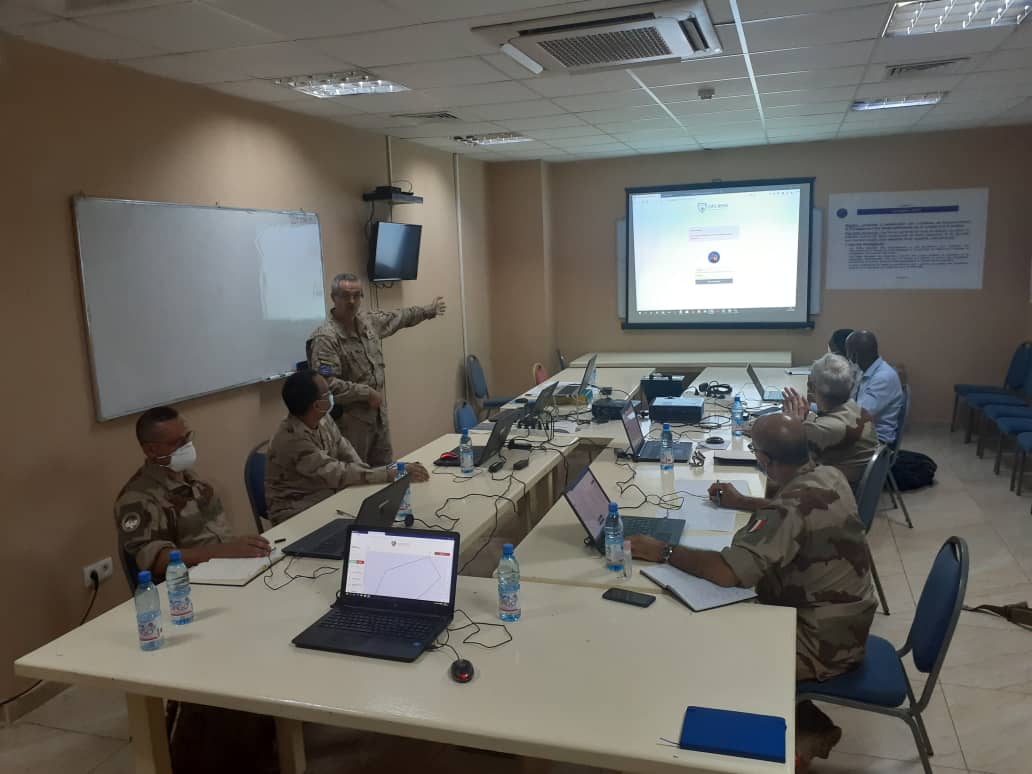 EUTM Mali Advisory Task Force personnel had their first meeting with G5 Sahel Joint Force (G5S JF) personnel on May 20th to present them with a Command and Control System that might be suitable for their needs. The meeting was also attended by personnel from the French G5S JF Liaison and Mentoring Detachment, the Regional Director and the Staff of the Company that developed the system.

During the presentation and subsequent demonstration, all those present were able to see the capabilities of the system, its handling, limitations, possibilities of evolution and, above all, the possible adaptation to a Force such as the G5S JF deployed in 5 countries.

EUTM Mali maintains the ability to continue providing advice and support to the Malian and G5 Sahel authorities.